The London Times is receiving a considerable amount of criticism on social media for their front page story and headline on the Seven Sisters Road attack. The feedback is the Times is showing a double standard with regard to this attack against Muslims. And, indeed, that the paper is attempting to humanize the attacker, even avoiding calling him a "terrorist."
Also, it is worthy of noting that the use of that assassination-conspiracy-coverup phrase "lone nut" has returned for application here. While it is clear that "terrorists" work in networks, the media projection in merely using "lone nut" is that there is no conspiracy, no friendly network of supporters, no one else but this one individual. That is even if that isn't true. Not to mention the role of the media-driven copycat effect. 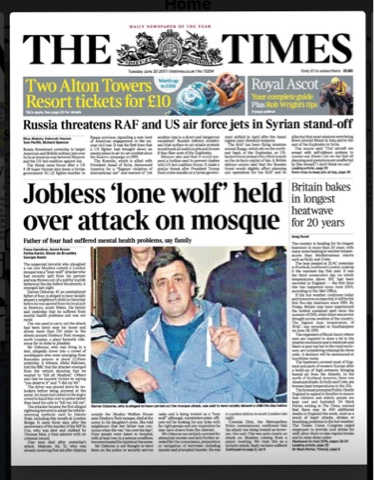 Even the Guardian front page, where they did use the word "terror" was confusing, because one wonders if the person pictured, a Muslim, is the terrorist. 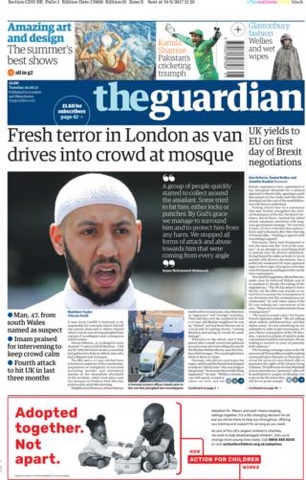 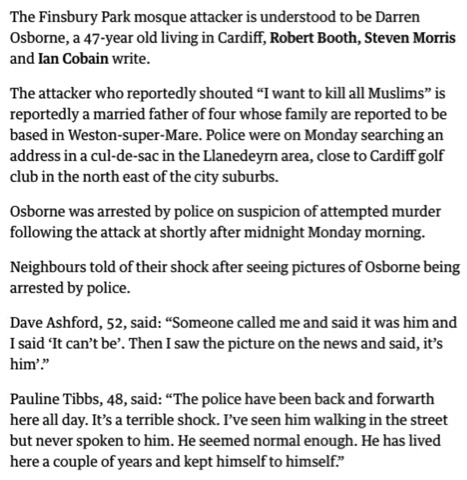 The other papers, even though tabloids, have clearer headlines. 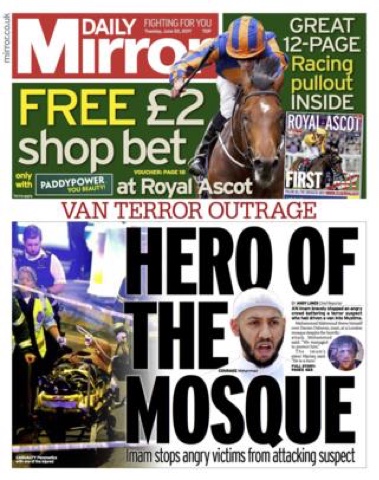 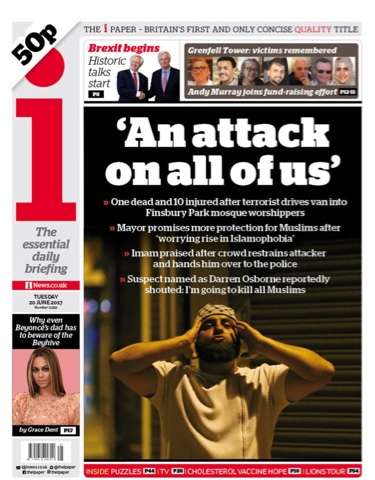 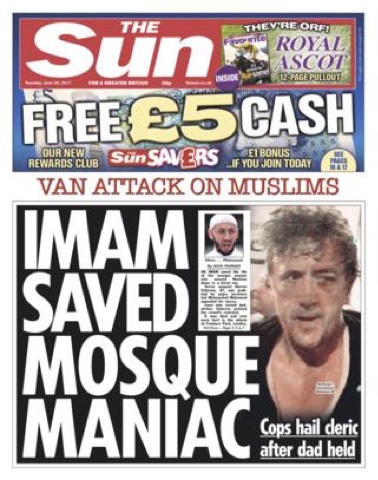 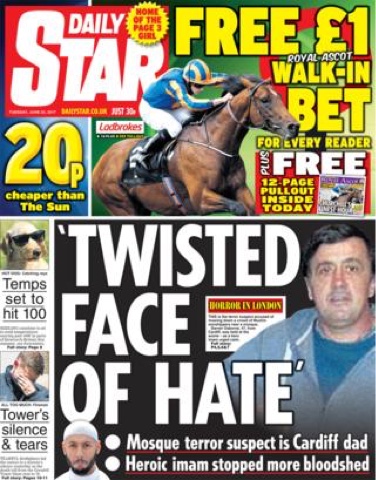 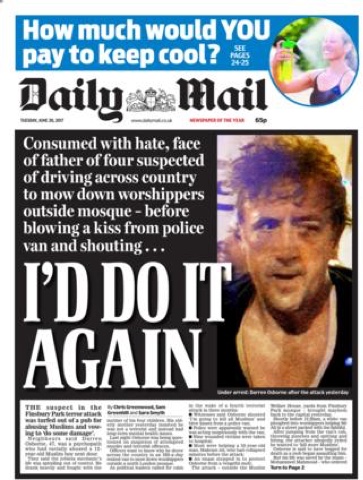 The UK readership has been fed a steady diet of "terrorist" headlines this year. 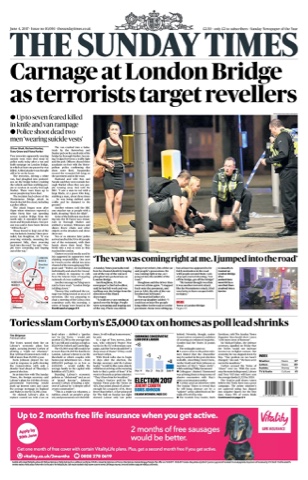 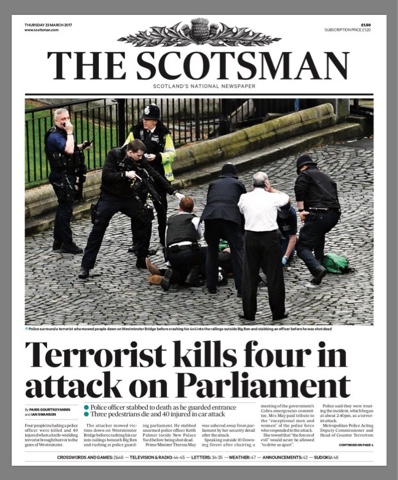