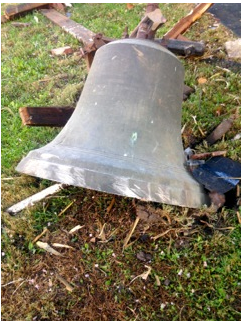 A lone bell symbolizes the damage of the EF4 tornado in New Minden.

After so much news along the old Route 66, are we surprised to see where these tornadoes struck?

The town of Washington and New Minden, Washington County, in two parts of the State of Illinois, were deeply involved in the tornado strikes on Sunday, November 17, 2013.

Joseph R. Hoy, 80 and his sister Frances J. Hoy were killed Sunday as a result of a tornado that touched down in the New Minden, Illinois area. The Hoy’s lived on a farm in the 14000 block of Eagle Road that was completely destroyed.

Josephs Hoy died from massive head trauma, he was located in a field about 100 yards from his home. His sister Frances died at the Washington County Hospital, from injuries suffered from the tornado. 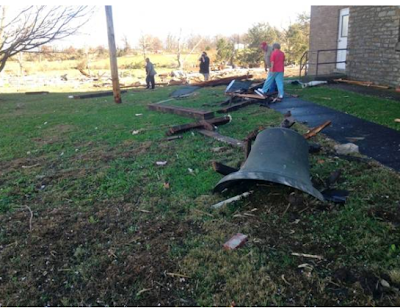 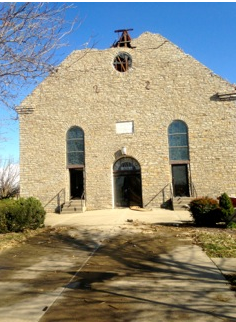 Meanwhile, southwest of Chicago, the town of Coal City was hit by a confirmed EF2 tornado, determined after an initial NWS survey of the area.

One death was also reported in Brookport, in Massac County, Illinois, according to Charles Taylor, deputy director, Massac County Emergency Management. Taylor added the town was heavily damaged and numerous injuries have been reported. 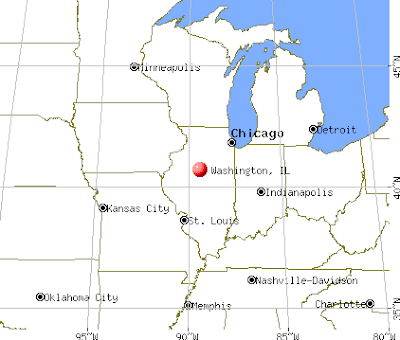 The town of Washington, in Tazewell County, Illinois, appeared particularly hard-hit, with one resident saying his neighborhood was wiped out in a matter of seconds by a tornado.
Posted by Loren Coleman at 7:54 PM

"Hoy" is an exclamation used to get attention.

A bell is used to get attention--a call to meet, or an alarm.

No doubt, pretty well "tazed" there in the town of Washington.

In the town of Washington the Red Cross of Central Illinois had water and hot coffee to offer after the storm at Crossroads United Methodist Church, 1420 N. Main St.(Highway 3--becoming 23 for a short distance just to the north--& Highway 24).

One shelter that opened in the Chicago area was in southern Cook County. Chicago is the seat of Cook County(see the Billy Cook comments for the Route 66/McStay post before this one).

The Bears-Ravens football game was delayed by the storm for 2 hours. They returned to play and went into overtime; the Bears won 23-20.

Oh ya, and don't forget the HarBowl!