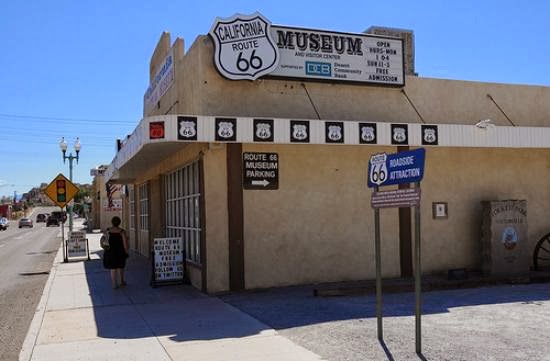 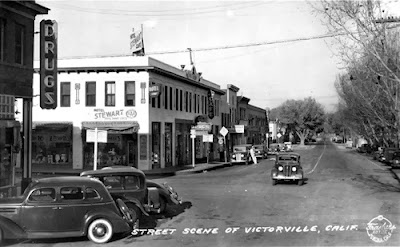 Old Route 66 is in the news again. Recently, a murder of a college coach in Joplin, Missouri, and a Bigfoot hunt shooting at Catoosa, Oklahoma both took place along the old 66. Now comes word from Victorville, California, also along Route 66, of bodies of some missing people being found. 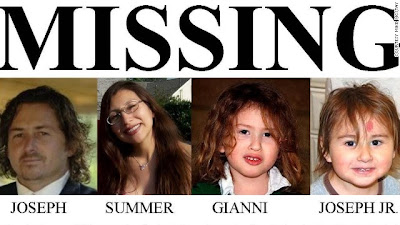 Two of the four sets of remains found this week in a Southern California desert are those of a couple who disappeared in 2010 -- Joseph McStay and his wife, Summer -- San Bernardino County Sheriff John McMahon said today, citing dental records.

Authorities believe the other two sets of remains are those of the McStays' sons, Joseph and Gianni, but those identities still need to be confirmed through DNA records, McMahon said. The manner of the deaths was homicide, he said. 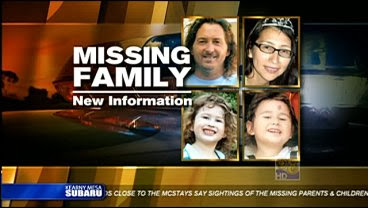 Joseph McStay disappeared along with his wife, Summer, and their two young children, Gianni and Joey, in February 2010, launching what San Diego sheriff's investigators called their most extensive missing-persons search ever.

Investigators reportedly pursued hundreds of tips and eventually came to believe the family left voluntarily for Mexico. Investigators were convinced that four people seen on a dimly lit surveillance video walking into Tijuana, Mexico were the McStays.

Authorities announced Friday that remains found Wednesday in shallow graves near Victorville, about 60 miles northeast of Los Angeles, were those of 40-year-old Joseph McStay and his 43-year-old wife, Summer. Authorities said they believe the other remains belong to the McStay children, but they have more work to do to confirm it. Their deaths were determined to be homicides.

In 1926, the highway U.S. Route 66 was begun, and it passed through Victorville. Today, that former route is known as Seventh Street and continues across Interstate 15 and becomes Palmdale Road. It is the primary street through Old Town Victorville.

Autopsies were still being completed, and the cause of death has not been released. 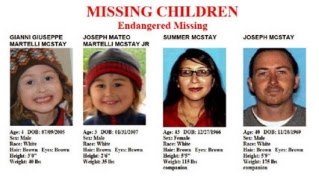 The name McStay is Northern Irish (County Down) in origin, an altered form of Irish Mustey, which is an Anglicized form of Gaelic Ó Maoilstéighe "descendant of Maoilstéighe," a personal name of unknown origin.
Posted by Loren Coleman at 8:49 PM

--Joplin is a "crossroads" & Victorville was originally named Lane's Crossing.

--Route 66 Museum is at a 3-way crossroads, Hekate again?

In 1951 spree killer Billy Cook from Joplin MO abducted a family of five near Catoosa OK on Route 66, later murdering them all and dumping their bodies into an abandoned mine shaft outside of Joplin.
http://murderpedia.org/male.C/c/cook-william.htm

Each of the four family members had six letters in his or her first name and last name; hence, each victim's name resonated with 66.

The McStay family's bodies were found in an off-road vehicle area between Stoddard Wells & Quarry roads--there is a warning to beware the deep mine shafts.
http://digital-desert.com/ohv/stoddard-valley.html

--The father of the Mosser family was 33 when he died by Cook's hand.

Loren - My comment isn't just to this post specifically... but your page in general... I find your "points" incredibly intriguing and no doubt you put some great "points" out there, sometimes (and sometimes not) with any lines in-between... But sometimes I think "wow you come up with such 'dark' dots".... Like... Aren't there probably just as-many (or more) positive actions & wired positive connections between people that also occur possibly partly just due to "memes" and/or word/name-power and/or dates or places... Why stay focused strictly on the macabre sorts of things like killings and such?

This syncs with the Jamison family of Oklahoma. They vanished in Oct. 2009 in the hills and forests of eastern Oklahoma. Their alleged remains were just found.

The Jamison family were found near the town of Kinta, which is the Choctaw word for beaver. There is a Beaver Creek nearby and a Beaver Mountain Road just north.

Their bones were discovered 11/16--the time of November's full moon, the beaver moon.

Northeast of the area is Lafayette Church.

Bobby Jamison was 44, Sherilyn 40,
Madyson 6; they were there to look at a 40-acre parcel of land; they were found 4 years later.

Belle Starr the outlaw was known to hide out in the area.

They originally lived in Oklahoma City--Route 66.

Comet Ison was in the constellation Virgo approaching the star Spica.