Are bankers going to start jumping out of windows? What is the actual relationship between suicides and economic downturns? 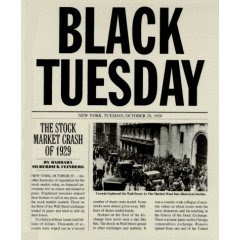 When researching my book, I looked into this topic, and did write in The Copycat Effect (Simon and Schuster, 2003) one short passage in summary.

Historical studies conducted by sociologist Steven Stack and others have discovered a noticeable dip in suicides and related violent events when there is society-wide anguish, for example, in times of massive immediate grieving in periods of wars and economic depressions.

As opposed to the common thought that during the holidays the suicide rate is high, it is usually down in western cultures from late November through early January. Likewise, it appears to be more urban myth than historical fact that the suicide rate is higher during financial recessions and economic depressions. Some of the best research studies on this subject have been conducted by sociologist Steven Stack, Department of Criminal Justice, Wayne State University, who found that during the periods, for example, after assassinations and during the Great Depression, the suicide rate was lower.

It is a truism that it takes energy to kill oneself, and societally, this translates into actual chronic psychological (not fiscal) depression resulting in less self-inflicted deaths, through a stabilization of suicides or a real decrease.

Now we find ourselves in 2008, with the US Stock Market dipping below 10,000. The news stories have begun to pop up. A UK financial advisor leaps in front of a subway train a couple weeks ago. This last weekend's Porter Ranch, California, mass murder-suicide of six is being blamed by the media on the money worries by the financial advisor who was the murderer.

The 1929 historical tale of guys jumping out of buildings in the opening hours of the Great Depression is part of the ongoing urban legend associated with dark financial days. But an actual look at the data shows something else, entirely.

A subtle background theme is that the people on the street in 1929 wanted the bankers to jump. Is there a similar feeling today?

Will Rogers observed, "When Wall Street took that tail spin, you had to stand in line to get a window to jump out of, and speculators were selling space for bodies in the East River."

But it just wasn't true.

The scholarly economist John Kenneth Galbraith addressed the topic in his book The Great Crash, 1929, (published in 1955). Studying U.S. death statistics, Galbraith found that while the U.S. suicide rate increased steadily between 1925 and 1932, during October and November of 1929, the number of suicides was low.

But it is like anything else, if you look hard enough, you will find suicides that seem to be related to the Great Crash and the Great Depression.

On Friday, November 8, 1929, J. J. Riordan, president of the County Trust Company, took a gun from a teller's cage at his bank, went to his home in downtown Manhattan, and used it to kill himself. The news was suppressed until after the bank closed at noon Saturday, to avoid causing a run on the bank.

A vice president of the Earl Radio Corporation jumped to his death from the window of a Manhattan hotel. His suicide note read, "We are broke. Last April I was worth $100,000. Today I am $24,000 in the red." But that deadly event happened in early October, weeks before the Great Crash.

Jesse Livermore, perhaps the most famous of the Wall Street speculators, shot himself - but not until 1940.

Several well-publicized suicides did fulfill the urban mythical stereotype. Winston Churchill, visiting New York City, was awakened the day after Black Tuesday (October 29, 1929) by the noise of a crowd outside the Savoy-Plaza Hotel. "Under my very window a gentleman cast himself down fifteen storeys and was dashed to pieces, causing a wild commotion and the arrival of the fire brigade," he wrote.

In 1929: The Year of the Great Crash (1989), historian William K. Klingaman noted that asphyxiation by gas was the most common method of suicide, although there was considerable variety. I found this true throughout the early 1900s. Klingaman wrote:

The wife of a Long Island broker shot herself in the heart; a utilities executive in Rochester, New York, shut himself in his bathroom and opened a wall jet of illuminating gas; a St. Louis broker swallowed poison; a Philadelphia financier shot himself in his athletic club; a divorcee in Allentown, Pennsylvania, closed the doors and windows of her home and turned on a gas oven. In Milwaukee, one gentleman who took his own life left a note that read, 'My body should go to science, my soul to Andrew W. Mellon, and sympathy to my creditors.'

Will there be an increase in actual suicides "caused" by or in the wake of the Great Crash of 2008? It is highly doubtful.

Nevertheless, look for a dramatic spike in reporting on every stockbroker and bankrupt CEO who dies by suicide.

What we may see, however, are some bizarre suicides and violent crimes continuing through October (i.e. copycats of the strange bus stabbings and the Norwegian school shooting incident), plus a very dangerous March-April in 2009, in the schools and colleges. The mainstream vs Wall Street impact may be rather real and dramatic in terms of the copycat ripple effect that bounces from the fall to spring. 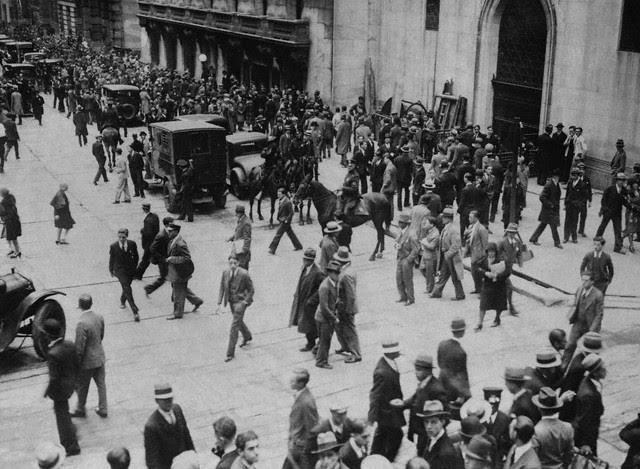 Fascinating. I wonder if suicides during national crises fall due to the suicidal person noticing everyone is depressed just like me, feeling kind of a kinship in misery. It may be a type of Schaudefreude response, giving the suicical person some buoyancy and not act on the depressed feelings.

Regarding the market crash of '29in some cases it was not investors jumping from windows, but brokers being thrown out of windows by investors who had been
made losers.
Regarding the "Great Depression" Era, the ones in the soup-lines are well dressed brokers and investors. Those who could work could get food but not cash. Many who could work moved to farming, and single family farms became multi-family farms.
Hindu wisdom says maintain the ability and means
to provide for ones own needs
(an agrarian home base)
because eventually the false economy of the cities will collapse.

When things aren't going well life is exciting. You want to see what tomorrow brings... Will it be better? Or worse? The narrative of our lives becomes more compelling... and therefore it seems less futile...

My dad, a Minnesota boy, was a 27-year-old waiter in a New York hotel when the crash came in 1929. That evening, a prominent stock broker invited his friends to a lovely dinner in the hotel dining room. Afterward, he went around to each of the waiters and other "help," thanking them and gave them each a big tip. He then went upstairs and jumped out the window. My father was the most honest man I've ever known. That's his story of the crash.

Such a sad tale! I don't think there is a broker alive today with enough of a conscience to feel the slightest tinge of remorse at the financial downfall of his clients. In 2008, we have learned too well to ignore the little angle and to embrace the little devil on our proverbial shoulders. Verily, the good conscience is a thing of the past.

I googled the question tonight, wondering what the suicide rates were during the great depression. Interesting information you've provided and I agree that in today's day, it's doubtful many brokers would feel any responsibility.

I am curious as to whether there are any statistics on murder suicide rates during the depression? Just tonight I saw another triple murder suicide on the news. An older husband/father who took the lives of his wife and two adult children. It also came out that he was retired and had to re-mortgage his home just 2 months ago. The stress levels of everyday life have increased significantly over the years and with severe added financial stress it seems that murder suicide is a solution for some who are feeling so helpless.