Curses! It Is Almost December 12th!

Something is in the wind for December 12-19, but how does one prepare when you know a disaster might be coming? It seems forty years ago, when the Mothman curse supposedly began, it was treated with mostly disbelief. Please note that. Or, perhaps more correctly, it was viewed with total absence of knowledge that something might be amiss.

Today, I guess, there are limited exercises in writing about curses, more attempts at writing about them and some warning of others.

Take Mothman and the horrors associated with that phenomenon. Of course, the "Curse of Chief Cornstalk" has been linked with the disasters of Point Pleasant, West Virginia: Mothman sightings, cattle mutilations, kidnapping attempts, the collapse of the Silver Bridge, and the dynamite explosion at the Mason County jail. I am not saying there is a connection. I am merely pointing out that people have tied all these together, demonologically, sometimes. No judgments, merely an observation.

Think about it. It was a newswoman who was the source for John A. Keel of the tale of her nightmares of floating Christmas presents in the Ohio River. Did she ever write about those dreamworld appearances, before the event? Not to the best of our knowledge. But Keel made much of them, after the fact, in his books and the nightmares show up cinematically in the Richard Gere movie.

What of other curses, the ones today, that need to be discussed, before things happen?

Another Native American curse is out there, in a related vein, which may have foreshadowed tragedies as its underlying theme. Yes, the Curse of Tecumseh. This specific curse has now been mentioned especially for a period linked to a temporal window beginning on 12.12.08. 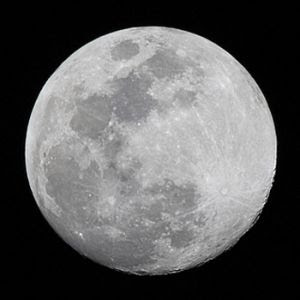 A research associate Philip Levine has now shared word that author/astrologer Gary Cohen has recently written about "The Curse of Tecumseh."

As most astrologers know, every 20 years from 1840 the U.S. President elected during that year has died in office. At least that was the case until Ronald Reagan, who was shot but, although nearly died, managed to survive. Some think the curse ended with him, while others, myself included, think not.

It is my belief that George Bush is in great danger of not living out his term of office. Let me say right away that based on astrology I think there are three main possibilities indicated: assassination, accident, or a serious heart problem.

During the course of Bush's term of office, I and others felt that the President had faced danger. He has survived many stressful times, although his prestige has steadily waned. The techniques that I use are to be considered as indications when a given set of energies have the strength, when taken together, to be a warning for all those who realize the value of astrology.

Around the Full Moon this December 12, 2008, there are indications in Bush's chart, the USA chart, the New York Stock Exchange (NYSE) chart, and the ACG lunation chart that all point to some major, tragic event in this country.

Cohen gives his reasons, quite technically, in private correspondence, which I will not share here. Let it be noted, certainly, his calculations overlap with what others are "seeing."

As rains, freezing rains, sleet and snow hit the East Coast of America, it will be intriguing if we discover there also have been some recent Mothman/Thunderbird sightings too.

Please, everyone be careful. This is significant data that indicates bridge jumpers, suicides, hostage situations, domestic violence, mall shootings, and workplace violence do increase during these times of spring tides, full moons, and the close approach of the moon to the earth. Tidal forces are strong during the next week. Humans are animals, and all animals are influenced by the tides.

Sadly, humans are left with the question, something horrific may occur for the period around and after this Friday's full moom, but how does one prepare when you know a disaster might be coming? Do blogging banshees and cursing curses really warn people or create crises? Of course, at least, I've taken the chance to mention all of this before the date versus recording this after the fact, as you will find, mostly, has happened in some of the so-called paranormal lore.
Posted by Loren Coleman at 2:45 PM

I've felt this too, more intuition than any knowledge. There are more young men on the street acting restlessly. There have been for two days now. It's almost like pack behavior. I've been staying in.

Actually, there has been quite a bit of research with extensive databases showing that suicides, homicides, Golden Gate bridge jumpers, and other violent human behaviors are directly and statistically aligned with full *and* new moons, plus two days. These findings demonstrate the most significant tidal forces on humans.

I would suggest Mr. Berry re-run his database analysis to cross-reference arson fires and full/new moons, not all fires that don't take into account the correct variables.