A mass shooting and the shooter's suicide have occurred in the United Kingdom.

At least 12 people are dead and 25 are wounded after a gunman opened fire in small, picturesque villages in northwest England on Wednesday morning, June 2, 2010, British police say. The rampage, in a region famed for its tranquil beauty, shocked a country where handguns are banned and multiple shootings rare. It was Britain's deadliest mass shooting since 1996. 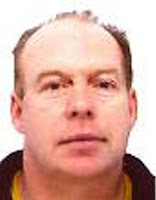 Police have found the body of a man believed to be the alleged gunman, Derrick Bird, 52, a taxi driver described as quiet but friendly. They found the body in a wooded area near the Lake District village of Boot, where it was believed Bird had fled. They also found a gun alongside the body.

The discovery ended a harrowing morning for residents of the country's West and Central Lakes areas, whom police ordered to stay indoors as the search for Bird ensued.

"Police are asking those who were sheltering to now go about their normal day-to-day activities," the Cumbria Constabulary said on its website. "[We] thank them for their patience in incredibly difficult circumstances."

The shootings began at about 10:30 a.m. local time in Whitehaven, a town in Cumbria county about 560 kilometres northwest of London.

The BBC reported there had been shootings in 11 locations, not all of them fatal. Witnesses described seeing the gunman driving around shooting out the window of his car.

Peter Watson, a witness, told the BBC he had seen a body lying in the road. "When I first got here, it must have just happened. There was a man lying on the ground with police [standing] over him and a jacket on him," he said.

Another witness, Alan Hannah, told the Sun newspaper he was driving in Whitehaven when he "saw all these officers running out." He then "saw a man with a large shotgun" pull up to a stoplight in a car with a smashed windshield.

"I drove through the red light to get ... out of the way," Hannah, 68, told the newspaper. "I got home safely but was very shaken."

Soon afterwards, a farmer was believed to have been shot dead in Gosforth, several kilometres to the east, according to BBC reporter Chris Stewart.

Police are asking other possible witnesses to come forward.

They have not released the names of those killed.

"I would say he was fairly popular," Matthews said. "I would see him once a week out and about. He was known as Birdy.

"I can't believe he would do that — he was a quiet little fellow."

Deadly shootings are rare in Britain, where gun ownership is tightly restricted and handguns are banned.

In 1987, gun enthusiast Michael Ryan killed 16 people in the English town of Hungerford. In 1996, Thomas Hamilton killed 16 children and a teacher at a kindergarten in Dunblane, Scotland.
Posted by Loren Coleman at 1:38 PM

OK, this is just weird. At work this morning - sometime between, say, 3:00 and 5:00 AM Eastern time (I work night shift), the word "Cumbria" came to me. I played with it a little, trying to remember if it was a city in Wales, or a geological stage related to the Cambrian, or both, or neither. I started thinking about the band Coheed and Cambria, and wondered if things would be different if they were Coheed and Cumbria. I have no idea why I thought about this name when I did.