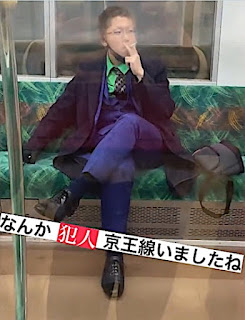 A man, 24, dressed as Batman's Joker, attacked passengers on a Tokyo train line on Sunday evening, October 31, 2021, injuring 17, as many party-goers headed into the city center for Halloween. The suspected attacker was arrested on the spot.

According to Reuters, the attacker had spread fluid around the train and started a fire. 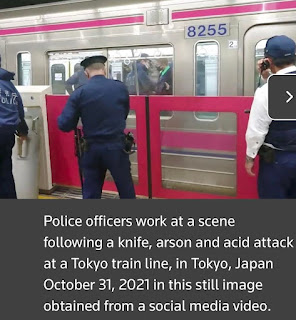 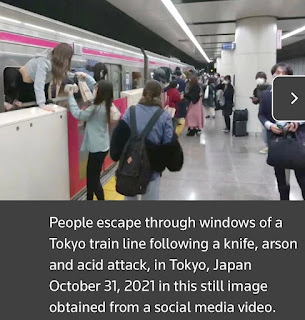 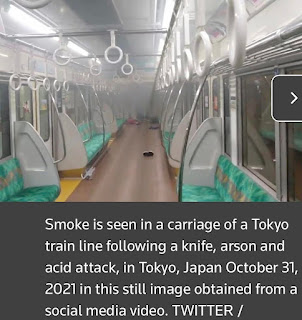 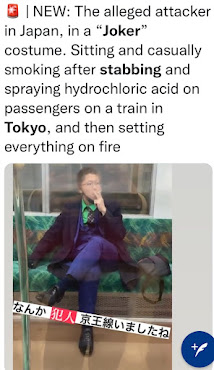 A video on Twitter showed a bespectacled man dressed in a purple suit and bright green shirt, as worn by the Joker, seated in an empty train puffing on a cigarette, his legs crossed and looking calm. He can be seen through the window being surrounded by law enforcement in a subsequent clip.

As David Charles Plate observes, "Alan Moore's The Killing Joke was the first instance of The Dark Knight rendition of Batman along with The Man Who Laughs rendition of The Joker. The Thelema connections are numerous."

It is apparent that the alleged attacker's outfit was copycatted from Heath Ledger's Joker in the "Dark Knight" costuming (which, of course, has a long history before modern cinema). However, the Tokyo individual's costume was a bit off; he was wearing a green shirt, different tie, and a purple vest, as opposed to Ledger's outfit. 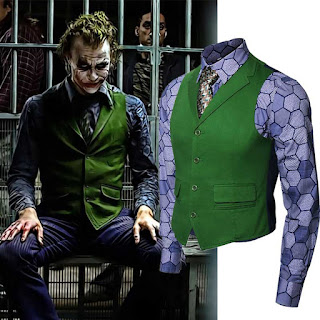 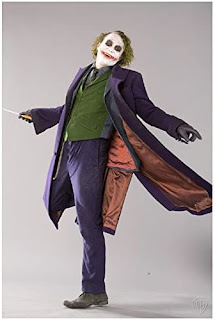 The attack occurred on the Keio express line bound for Shinjuku, the world's busiest rail station, at around 8 p.m. (1100 GMT). 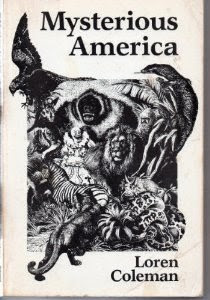 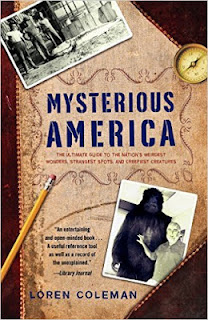 The ultimate modern "Killer Clown" was the Joker, which evolved into the killer Dark Knight, appearing in full form at Aurora on July 20, 2012 (see here at "red dawn," with many links therein).

On October 27, 2021, a Joker character with a knife ~ in Boise, Idaho, was seen but no suspect was apprehended. That would case be a classic Phantom Clown sighting (as per my Fortean clown classification system). The Japanese incident on Halloween 2021 is a physical manifestation of the Killer Clown. 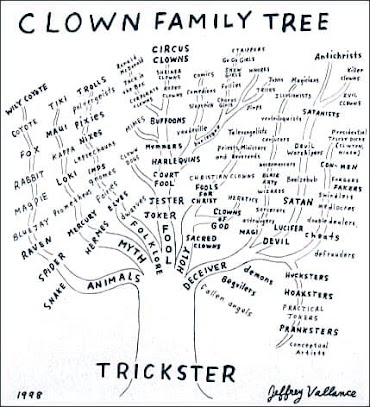 Created in 1998 by artist Jeffrey Vallance. 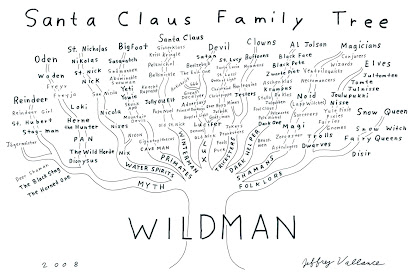 Created in 2008 by artist Jeffrey Vallance.

With the change of season, we may see the appearance of members of the "Wildman"/"Santa Claus" family tree, as captured above a decade after Vallance's "Trickster" family tree.

Footnote: My wife, Jenny appeared to be picking up on this Joker energy on Halloween, and said several things about Batman throughout Sunday. Humm...