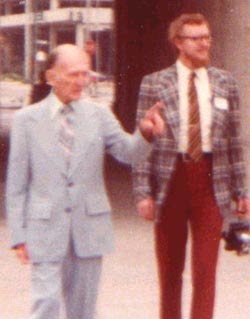 I knew Dick Hall through letters in the 1960s and 1970s. He was a ufologist (something, really, of a "ufo nerd," if you know what I mean, with appreciation), although I experienced him as an open-minded Fortean, as well. Still others knew him more personally than I did, and I expect tributes to be forthcoming from those in ufology, for Richard H. Hall was a pivotal historical character.

We've lost another one, and I'll introduce him to those who do not know the name as well that of John A. Keel, who died July 3rd.

Richard H. Hall was a leading ufologist and proponent of the extraterrestrial hypothesis to explain UFO sightings; he had also written numerous books and articles dealing with the role of women in the American Civil War. On the morning of July 17, 2009, Richard Hall passed away due to a long battle with cancer, according to ufologist Jerome Clark and anomalist Patrick Huyghe, who just informed me of this fact.

Hall was born on December 25, 1930 and held a bachelor's degree in philosophy from Tulane University in New Orleans. He lived most of his life in the Washington, D.C. area.

From 1958 to 1969 he worked for the National Investigations Committee on Aerial Phenomena (NICAP), one of the most prominent and influential UFO civilian research groups in American history. He began as executive secretary, and eventually became NICAP's assistant director. In this role Hall was both an eyewitness and participant to much of the early history of the UFO phenomenon in the United States. Working with NICAP director Donald Keyhoe, he helped lobby the United States Congress to hold public hearings and investigations into the UFO phenomenon. 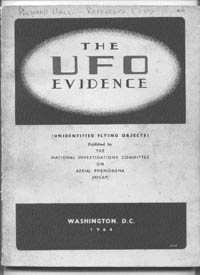 Following Keyhoe's ouster as NICAP director in 1969, Hall left NICAP to work as a technical writer and editor. He continued to work in the UFO field. He served as the director of the Fund for UFO Research, which provides grant money to legitimate researchers working in UFO studies. He also was the editor of the MUFON Journal, the official publication of the Mutual UFO Network (MUFON), the largest civilian UFO group in America today. 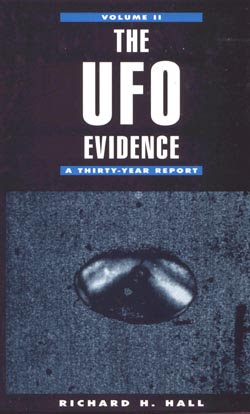 In 2001 he wrote a sequel to The UFO Evidence; it covered major UFO incidents from the mid-1960's through the 1990's. He is also the chief editor of the Journal of UFO History, which is published six times per year. He is a strong proponent of the theory that UFOs are extraterrestrial spacecraft from an advanced alien civilization. Hall is an active member of the "UFO Updates" message board and website.

To supplement his income as a UFO researcher, Hall worked for many years as an abstractor-indexer for the Congressional Information Service in Bethesda, Maryland. A member of the Authors Guild, Hall also published numerous books and magazine articles dealing with the role of women in the American Civil War, and he maintained a strong interest in Civil War history through his life. 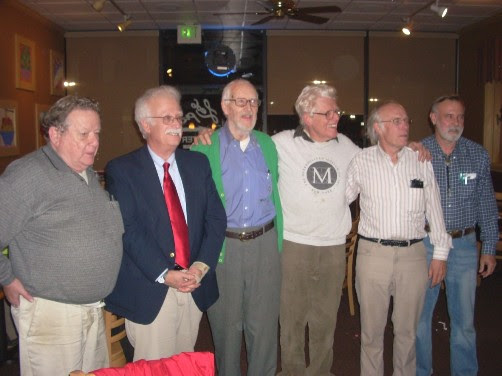 
The torch passes. John Keel, Dick Hall, and the days of sadness and passages are not finished.

Radio host Lou Gentile of Philadelphia has passed away.

Gentile was a man known to some of us because we appeared on his radio shows. In April 2006, for example, Cryptomundo's Craig Woolheater was on Lou's show talking about the then-just-opening of the "Bigfoot in Texas" exhibition.

I must admit that with the Lake Champlain phonecam footage investigations and the passing of John A. Keel, the sad news of the death of talk show host and paranormal investigator Lou Gentile slipped by without the news being mentioned here. Forgive me for this. Intriguingly, Gentile shared with Keel the desire to be called a demonologist as a way to describe himself. 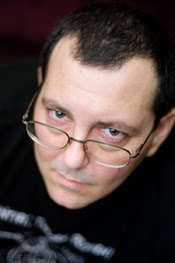 On June 28, 2009, paranormal investigator and syndicated radio show host Lou Gentile lost his battle to cancer. Lou Gentile was about 40, and is survived by his wife and three children. He was born in Philadelphia, Pennsylvania and grew up in 2 haunted houses. Lou personally experienced poltergeist activity for over 20 years and became an investigator, before doing his own radio show.

Gentile had been featured on MTV's "Fear," FOX Family Channel's "Scariest Places On Earth," The Learning Channel, The Discovery Channel, "Unsolved Mysteries" and many more programs in this genre.

With a lifetime of experience and being trained by America's only Roman Catholic Lay demonologist, Lou strived to help people who are afflicted with negative, demonoic or diabolical entities all free of charge. 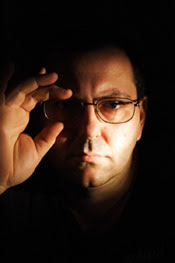 The Federal Communications Commission on November 18, 2007, fined Philadelphia talk show host Lou Gentile $10,000 for allegedly operating an unlicensed radio station. Gentile ran the "Lou Gentile Show," a streaming Web site that broadcast talk about "paranormal, alternative, unusual and other-than-mainstream topics." At the time, Gentile insisted that the charges against him were false."It's BS," he told a reporter. "It's just ridiculous."

He contended that although pirate stations in the Philadelphia area rebroadcast his programs, often aired on licensed AM outlets, he never ran a station himself.

When Brad Steiger heard of Gentile's death he mentioned to me that there was a side of Lou that no one saw. Steiger said that as he was just completing a radio program, Gentile mentioned that immediately after he said "good night," he was headed for New Orleans to see if he could be of any help with the destruction caused by Katrina. Steiger remembered that was right after the monster storm had struck, because they had begun the program by extending condolences to those in that listening area.

Services for Lou Gentile were held on July 7th in Philadelphia at the John F. Fluehr & Son's Funeral Home.

My condolences to the friends and families of Dick Hall and Lou Gentile.
Posted by Loren Coleman at 7:52 PM

That's sad. I remember fondly listening to Lou Gentile at night while working. It was awhile ago and I wondered why his website never got back up. Sad to see him go though.