So you are unaware of the name Bob Morgan in conjunction with that of Frank Sturgis, Watergate burglar, CIA operative, and Bay of Pigs player?

People who study Bigfoot understand the history of Robert W. Morgan and his involvement in the search for the elusive creatures. Few realize that Morgan has a rich legacy, as well, cryptopolitically. This will all change in January 2010 after Morgan's new book Citizen Spy is published. 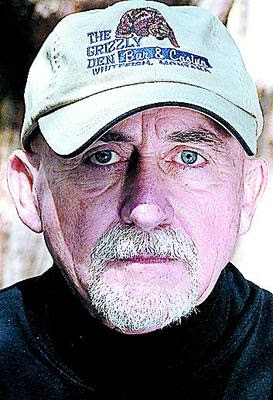 At 74 years old, Robert W. Morgan still muses, only half joking, about what he wants to do when he grows up.

Until he narrows the possibilities, here is what the 1954 Lincoln High School [Canton, Ohio] graduate already has under his belt:

Morgan led the first expeditions in search of what he now calls “forest giant people” and others variously dubbed Bigfoot, Sasquatch, Yeti and the Abominable Snowman.

He still believes the hairy, strong-smelling giants exist, and plans a private expedition to Washington in June [2010].

He was commissioned by developers of a multimillion-dollar condominium project on Maui to search for the world’s most beautiful fountain.

One of life’s proudest moments, aside from the birth of his only child, a daughter, was being adopted by the then-100-year-old Nino Cochise, grandson of the original Cochise, nephew of Geronimo and the last Apache born free.

Morgan was on a movie set when a hanging scene featuring screen actor Harold “Oddjob” Sakata, best known for his role in “Goldfinger,” went awry, leaving the 270-pound thespian actually dangling by his neck.

“Bill Shatner ran up and lifted him up by his legs, and another guy and I climbed up and cut the rope,” Morgan recalled. The rope that nearly took Sakata’s life is on Morgan’s desk today.

“When Sakata was dying of stomach cancer in a Honolulu hospital, his nurse was Nancy Thomas. She was from Canton. It turned out, I had dated her sister, Gwen,” he recalled, adding that there is a “special lady” in his life these days.

The kid with the piercing blue eyes who grew up on Prospect Avenue in Canton’s southwest end is a successful screenwriter and filmmaker, having worked around the world, including a stint in the former Soviet Union.

He recently completed a two-year radio blog and remains a popular radio talk show guest in the Pacific Northwest.

Currently, Morgan is burning the midnight oil at his home, where bears wandering his deck are the only visitors. He is steaming toward a publisher’s deadline for his latest book, “Citizen Spy,” due for release in January.

The nonfiction thriller reveals Morgan’s own story of teaming with the FBI and the Drug Enforcement Administration to foil a drug-trafficking ring operated by the Mafia....

See here for the entire article. 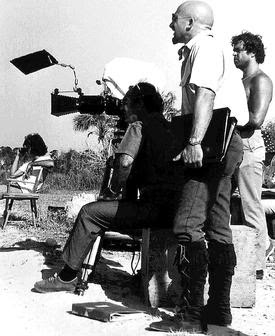 Robert Morgan
“Life’s too short to dance with nasty ladies,” jokes Robert W. Morgan, who says his favorite Friday nights are spent at the Grizzly Den in Whitefish, Mont., drinking Obsidian Stout, a brew the bar ships in from Bend, Ore., just for him. Here, he works on a movie set. 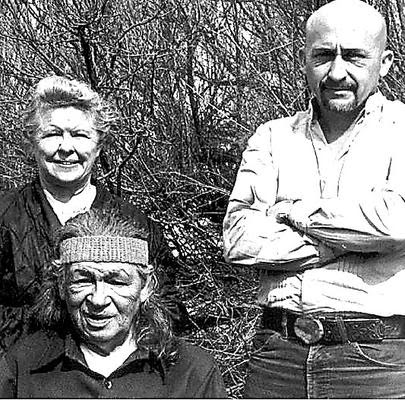 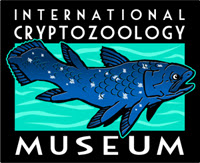 Thank you!
Posted by Loren Coleman at 7:45 AM