In The Wake Of Fort Hood

There has been some foolish news articles in the aftermath of the Fort Hood shooting deaths discussing Islam, ignoring the underlying similar nature of that shooting to "rampage killings" and not understanding that in its wake copycats would naturally occur.

Indeed, people should open their eyes and look, yes, merely look, at the faces of the victims and the shooters to find some overlaps that are striking in those killed and the killers. Lost in all of the talk of the Fort Hood alleged shooter's Muslim background is the fact that he targeted mental health professionals in the group he fired upon. Did the Fort Hood shooter aim at some who most reflected parts of himself that he hated ~ even down to shooting at bald or short-haired men and mental health personnel? 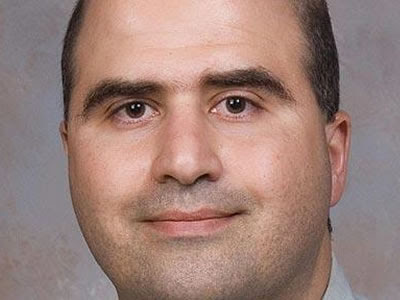 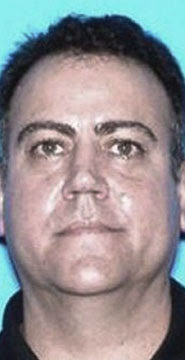 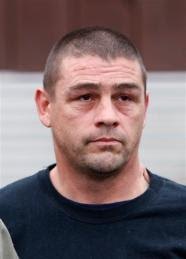 Note the similar facial features, and overall appearance of these men. The suicidal "rampage" individual tends to identify with one another in a cycle on many levels, including visually.

We need only let the facts be recorded and the unfolding history of such events speak to the reality of behavior contagion occurring.

On Friday, November 6, the day after the Guy Fawkes Day shooting at Fort Hood, Texas, authorities in Orlando, Florida, said a debt-ridden man Jason Rodriguez, 40, who believed his former employer was interfering with his unemployment benefits was blamed for a workplace shooting. Rodriguez was fired by the engineering firm of Reynolds, Smith and Hills two years ago. Otis Beckford, 26, was the lone fatality in the shooting, and five were wounded.

Then on Tuesday, a standoff began around 7:45 a.m. Eastern Time and was over by about 10 a.m. at an upstate New York middle school. A former student Christopher Craft Sr., 42, got into the Stissing Mountain Middle School just after classes began Tuesday morning carrying a hidden disassembled shotgun. He allegedly put the weapon together in bathroom before holding Principal Bob Hess hostage for more than an hour.

Craft had two sons who had attended the school, but school officials said neither was currently enrolled. Craft has a son in the military and is allegedly upset with the government. Police say Craft and his hostage were contained to one room in the school, located about 90 miles north of New York City.

Later on Tuesday, November 10, police report that two have died in a suburban Portland, Oregon office park shooting. The two people were killed and two others wounded in a shooting at a Tualatin office park. The shooting at a drug-testing facility was reported at 11:48 a.m. Pacific Time Tuesday. Police said the suspect is not at large but there are no additional details.

KATU-TV reported a witness describing one woman wearing something that looked like a lab coat with blood coming from what appeared to be multiple gunshot wounds.

Do you happen to think that the Portland, Oregon shooter will be revealed to be a middle-aged male with close-cropped or no hair?

Update: This one appears to be a domestic murder-suicide brought to work. The shooting took place at Legacy Metro Lab in Tualatin, Oregon. It has been confirmed that two people are deceased, one of which included the adult male shooter who died from what appears to be a self inflicted gun shot wound. The other deceased was an adult female employee of the business. Robert James Beiser, 39, shot and killed his estranged wife Teresa Marie Beiser, 36, and then himself. The wounded are a 20-year-old woman and a 63-year-old man.

Further Update: Vail, Colorado ~ A man was killed and three others were injured in a shooting Saturday night, November 7, 2009, at the Sandbar in West Vail, Police Chief Dwight Henninger said. Witnesses said a man was being removed from the Sandbar by staff when he began firing a gun. Richard “Rossi” Moreau, 63, a Vail resident, was taken into custody as the suspect in the shooting, Henninger said. The man who died was from Carbondale, and the ages of the three other victims, all male, were 25, 29 and 63, police said. 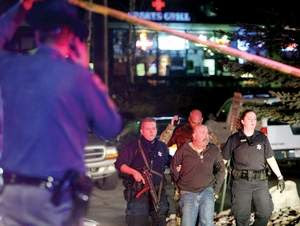 Suspect Richard Moreau appears to fit the physical profile of the shooters during this rampage cycle. What is the twilight language being transmitted in the mere broadcasting of the Ft. Hood killer's image?
Posted by Loren Coleman at 10:49 PM

I know we'll probably never understand the real motivations behind the Fort Hood shootings. As you pointed out, the truth is already getting lost in the mire created by the media and the protective walls of the military establishment.

This story is so bizarre and has so many rabbit holes you could drop down (Virginia Tech Connection / His relation to the militaries Behavioral science program / what's really going on in the dark recesses of the Middle East conflicts).

The physical connections between the shooters you brought up are pretty remarkable.

Do you think these copycat killings are the result of a media contagion? Are there connections between them that we're not seeing beyond the physical appearance?

Why would someone with a Doctorate in Psychology - someone apparently much saner than myself (LOL) - go nuts like this?

Obviously, there could be a billion reasons, but something just isn't adding up for me.

Does the VERY short time frame of these copycat killings strike you as strange at all?

Thanks for following this for us.

If the Fort Hood shooter wasn't a Muslim, I'm pretty sure that the American media would have loved to name him "Hannibal" or something.

Some guy killed one and injured three others via gunshots after he was kicked out of a bar in Vail, CO on Satuday, 11-7-09. He certainly fits your physical profile. See the story and pics here--

This quote leapt out at me, as it reminded me of all the references to PTSD in the Ft. Hood shooting--

''In a 2006 interview in the Vail Daily, he said he has suffered from post-traumatic stress disorder since 1979 after serving two tours of duty in Vietnam in the late '60s.''

As I've been completely astounded by the frequency of these rampages, I've done a little research and came up with a couple points you and your readers might be interested in.

At this point, I hold these are merely interesting points and small plays in the 'name game'

1. Beiser, the name of the killer in Tualatin, means 'Falcon Hunter' in German. I find this interesting as the falcon is an Osiris symbol.

2. Fort Hood and Vail. Hood and Veil - both are things that cover the head, or hide identity.

3. The police chief that briefed the press in the Orlando shooting was named Val Demmings - Veil.

4. Stissing High School stands in the shadow of Bear Mountain. Like
the Falcon, the Bear is VERY potent symbol.

5. The name Hess, the name of he hostage taker at Stissing High School, is the name of the famous Nazi, but also the name of the discover of cosmic radiation. Which is interesting at this point in time as we are currently experiencing an extreme weakening of the heliopause - the sun's protective field that surround the earth - which is allowing all kinds of new cosmic rays to hit the earth. Where is the hyper-advanced new telescope that is supposed to study the sun located - in SoCal - Big Bear Mountain.

I'm sure I could spiral off into more very loose, figurative connections and symbolic references, but this isn't my blog!!!

Personally, I believe something is going on here behind the veil, and under the hood that we're not seeing. I have no idea what it is, but the VERY short time frame of these incidents seems unprecedented and is a little scary.

Thanks again for following these.

Thanks for posting this.

I'm afriad that Muslims have been made America's new uber enemy (replacing the follen Communist empire). The US needs to keep spending billions on defense because we believe our economy depends on it, so we always must have a mortal enemy bent on our destruction for justification (and we'll create one, if we have to, to fill an “enemy vacuum”).

Focusing on the shooter being Muslin is just a diversion when this is a case of a somewhat sociopatchic rageaholic with access to guns. We’ll never understand why he did it anymore than we’ll understand why any of our countless other American serial murderers did what they did. Their minds simply don’t work like the rest of ours.

The day after Ft. Hood a soldier stationed at Ft. Campbell, KY shot and killed his wife and self--

The way that they covered this up after the initial first few hours of on-the-scene reporting tells me that Hasan is probably a patsy. He's probably not even the shooter. If he was a shooter, he wasn't alone. There were many witnesses to the other shooter(s) who was "cornered".

As you might already know, one shooter was cornered at a golf course 2 miles away. He was armed and had 30-40 MP's and police who had cornered him. Not to mention "guys in suits". THis all comes from witnesses at the scene and media people at the scene. One witness was a highly ranked officer.

What sounds more plausible to me is that Hasan was one of the psychs who was putting soldiers under hypnosis for various black ops, as well as dealing with many who had PTSD. The militaries suicide rates are way up. Just today the number hit 140, which was the total amount for all of 2008. Hasan's ties to Virginia Tech where the military has one of their largest psy-op projects stationed there. I can't remember the name of the department he worked for but it had one of those creepy sounding Jolley West/Ewan Cameron sounding names. In other words, behavioral sciences, aka MK Ultra.