Click on the map to enlarge.
An area of unusual activity within the Bridgewater Triangle is the Freetown-Fall River State Forest. The forest land that formed the town of Freetown was purchased from the Wampanoag Tribe in 1659, and many Native Americans have claimed that the odd and evil events which transpired over the preceding 350 years are the result of a tribal curse. For decades the Freetown State Forest has reportedly been the site of various cult activity including animal sacrifice, ritualistic murders committed by admitted Satanists, as well as a number of gangland murders and a high number of suicides. 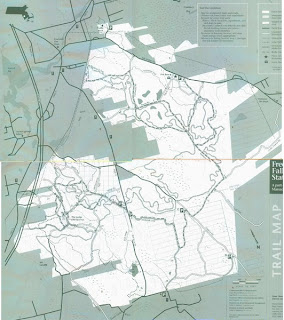 Tonight, August 8, 2011, there are reports coming out of the SE Massachusetts area that a woman is missing in the Freetown State Forest. 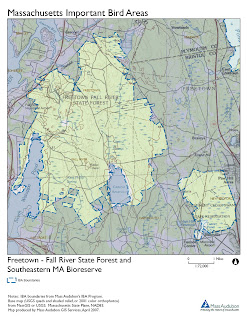 The woman was finally found, but not before a few people searching for her also got lost and had to be rescued. Media accounts on Tuesday, August 9, 2011, had this summary:


State police say two Fall River police officers and an environmental police officer who went into the 5,400-acre Freetown State Forest to find a lost woman had to be rescued themselves after they lost their direction.
The officers had found the woman, said to be in her mid-20s, by about 11:45 p.m. Monday and intended to guide her out of the woods. But they lost their way and all four needed help getting out.
A state police helicopter which had been involved in the initial search returned, along with state police and a K-9 unit. The officers and the woman were located at about 12:10 a.m. Tuesday.
The forest is located in the southeastern Massachusetts communities of Freetown and Fall River.