"Terrorists": Suspect #1 Has Been Killed; Suspect #2 At Large 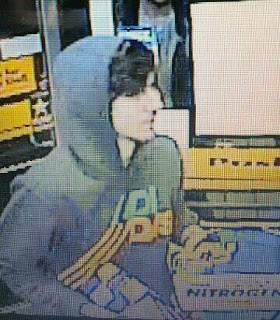 Above is a new official Boston Police photo of Suspect #2, taken during the earlier incidents overnight.

"Dzhokhar Tsarnaev received a City Scholarship in Cambridge, MA in 2011," when he was a senior at at Cambridge Rindge and Latin School and others to pursue higher education. Spelling has been corrected from "z" to "v" in Tsarnaev.

"The dead Boston Marathon bombing suspect has been identified as Tamerlan Tsarnaev, 26, and the one still being sought is his younger brother, Dzhokhar Tsarnaev, 19, several sources said Friday," CNN reports.

The two suspects involved in the Boston Marathon bombing were involved in violent incidents at MIT and Watertown last night and this morning. The Patriots' Day Suspect #1 is reportedly dead and Suspect #2 is at large in Watertown, according to a breaking news conference held by Boston Police. (Reportedly, Suspect #1 died at 1:35 a.m.) 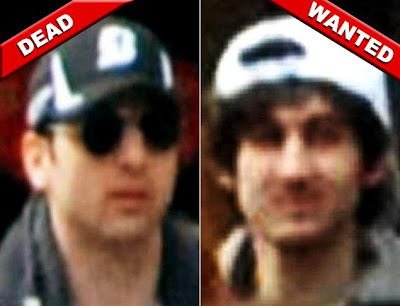 One or two pressure cooker bombs were used against the police, during the Watertown firefight. One MIT Police officer was killed earlier.

Reports are being shared that the two suspects are "foreign-born" military-style individuals who have been in the USA for about a year with the purpose to "kill people."

MSNBC is now reporting the Tsarnaev brothers were born in Russia (older brother?) and Kyrgyzstan (younger brother, who is still at large?). As early as the 7th century, Turkic traders introduced Islam to Central Asia, including what is now Kyrgyzstan, through doing business with Arabic people. Reportedly, their parents sought refuge in the USA as long ago as ten or eleven years ago, because the Tsarnaev father (who was working in Chechnya) needed political asylum.

More info is being developed on the two. Here is from a profile of the older brother:


Tamerlan, who studies at Bunker Hill Community College in Boston and wants to become an engineer, took the semester off from school to train for the competition.

Tamerlan fled Chechnya with his family because of the conflict in the early 90s, and lived for years in Kazakhstan before getting to the United States as a refugee.

Originally from Chechnya, but living in the United States since five years, Tamerlan says: "I don't have a single American friend, I don't understand them." Source. 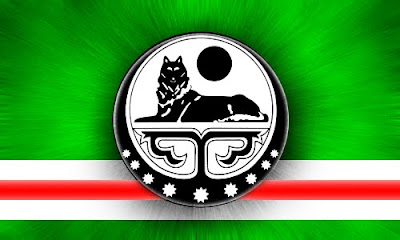 The Wolf Of The Caucasus: The flag of the Chechen rebel youth.

Here is a little about the country in which they lived, before they came to the United States: 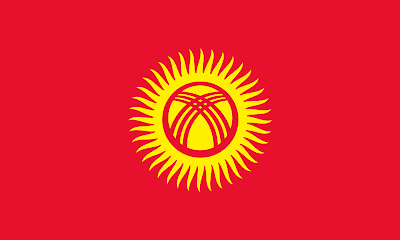 "Kyrgyz" is believed to have been derived from the Turkic word for "forty," in reference to the forty clans of Manas, a legendary hero who united forty regional clans against the Uyghurs. Literally it means We are forty. At the time, in the early 9th century AD, the Uyghurs dominated much of Central Asia (including Kyrgyzstan), Mongolia, and parts of Russia and China. 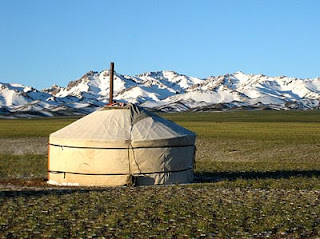 The 40-ray sun on the flag of Kyrgyzstan is a reference to those same forty tribes and the graphical element in the sun's center depicts the wooden crown of a yurt – a portable dwelling traditionally used by nomads in the steppes of Central Asia. Source.

A summary of the last decade's major terrorist activities out of Chechnya was compiled by the Associated Press:


In the past, insurgents from Chechnya and neighboring restive provinces in the Caucasus have been involved in terror attacks in Moscow and other places in Russia.
Those raids included a raid in Moscow in October 2002 in which a group of Chechen militants took 800 people hostage and held them for two days before special forces stormed the building, killing all 41 Chechen hostage-takers. Also killed were 129 hostages, mostly from effects of narcotic gas Russian forces used to subdue the attackers.
Chechen insurgents also launched a 2004 hostage-taking raid in the southern Russian town of Beslan, where they took hundreds of hostages. The siege ended in a bloodbath two days later, with more than 330 people, about half of them children, killed.
Insurgents from Chechnya and other regions also have launched a long series of bombings in Moscow and other cities in Russia. An explosion at the international arrivals hall at Moscow's Domodedovo airport in January 2011 killed at least 31 people and wounded more than 140.


But please be aware, media reports have often been premature in these breaking news situations.
++++ 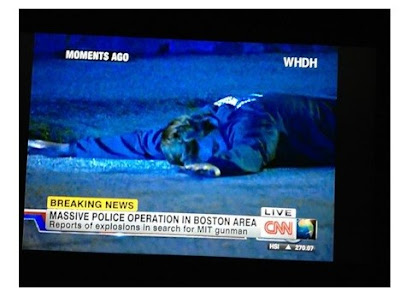 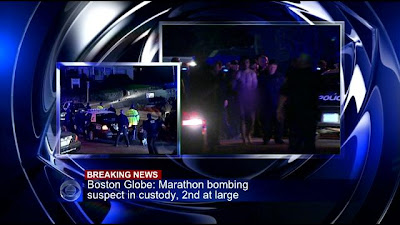 The earlier above video of a suspect being taken into custody after being told to disrobe appears to have been an unrelated individual being swept up and reportedly later released. See also here. 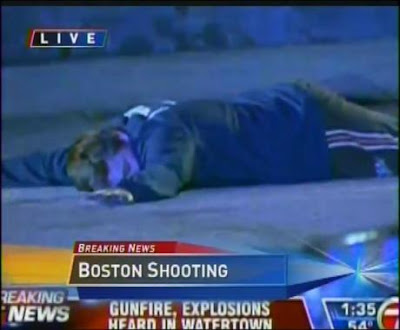 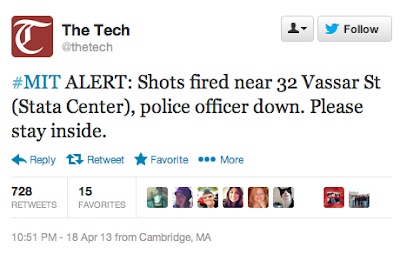 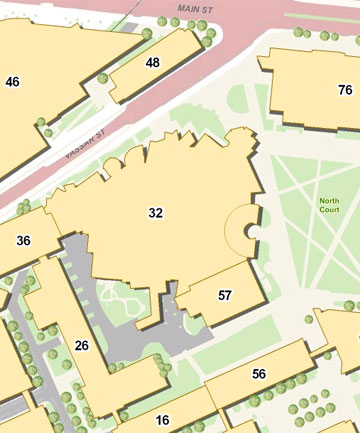 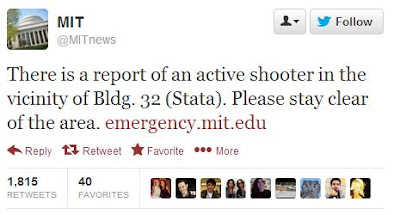 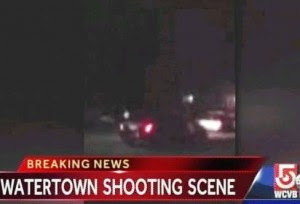 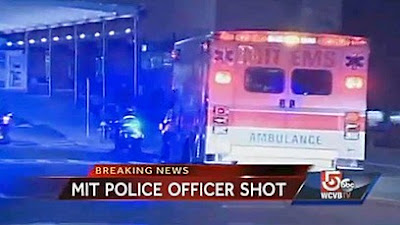 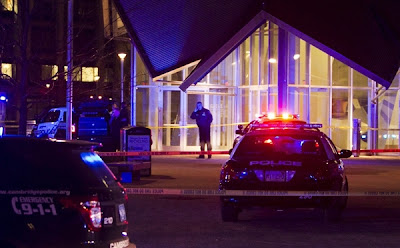 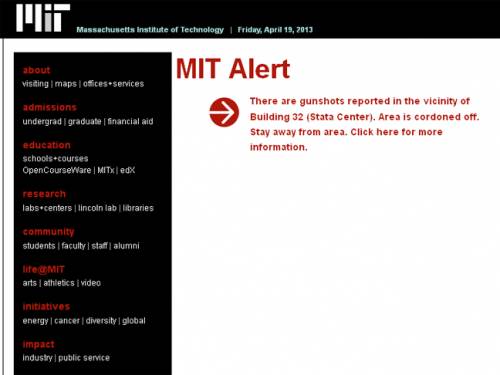 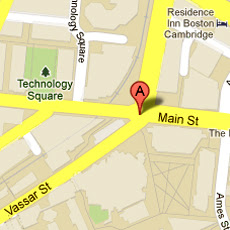 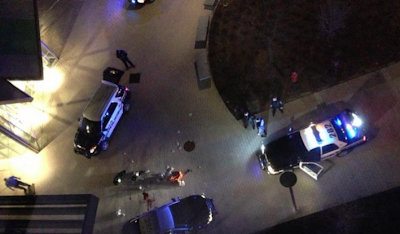 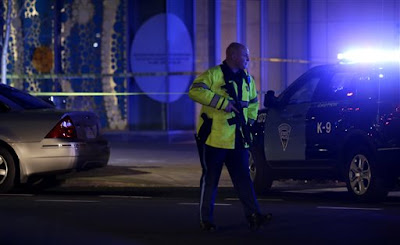 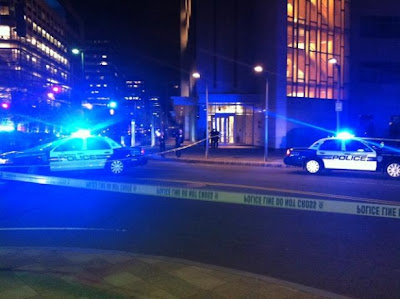 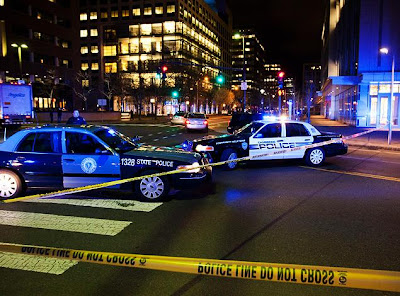 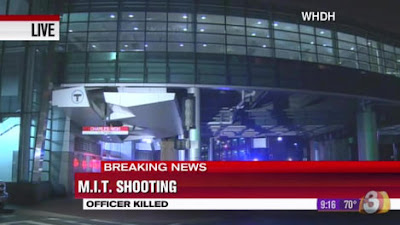 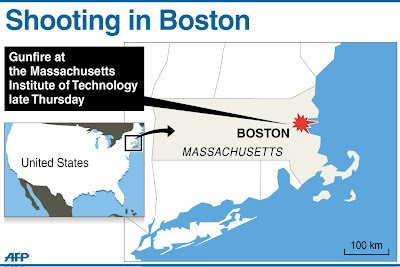 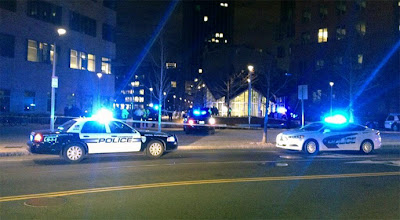 A suspect appears may be dead after one or two MIT campus officers were shot and killed, in a fierce night of activity in Cambridge and Watertown, Massachusetts. Officials and media are definitely seeing a strong link between these incidents and the Boston Marathon bombings. During the exchange between law enforcement officers and the suspects in Watertown, eyewitnesses said they saw a pressure cooker device being used against the police.

Several media sources have been all over this story. The following is an early summary from the Boston Herald:


An MIT police officer was shot dead late last night on the MIT campus and an MBTA officer was wounded early this morning in a second encounter in Watertown in a wild scene that involved explosives as well as gunfire, police said.
State police spokesman David Procopio said police were investigating whether there was a connection between the shootings and the Marathon bombings. By 2:30 a.m., Procopio said that two suspects were in custody in Watertown, but police were still actively searching for more suspects.
"We don't know how many suspects there are," Procopio said.
He later corrected that to say one suspect was in custody, and that at least one was being sought. Television footage from the scene showed a muscular man with short, dark hair, entirely naked and handcuffed, being walked to a cruiser.
Dozens of police who had converged on the MIT scene near Kendall Square after the shooting there around 10:48 p.m. raced toward Watertown shortly before 1 a.m. this mornin,g toward an armed standoff with suspects in the Arsenal Street area, where heavily armed SWAT teams and uniformed cops with their handguns drawn were actively searching for suspects.

Police in Watertown were shouting warnings that the suspects were “throwing explosives, and warned about “unexploded ordinance.” They later shouted that one suspect was in custody and another was still at large.

Procopio said the MIT and Watertown incidents were believed to be related, and the watertown situation began as part of the search for suspects in the MIT officer's killing.
“We tried to stop a vehicle in Watertown. There was another officer shot in Watertown,” Procopio said.
At least one FBI agent was on scene. The initial incident began with gunshots reported at 10:48 p.m. at Building 32, Stata Building, on Vassar Street near Main Street, off Kendall Square.

A Massachusetts Institute of Technology email alert described the situation as “active and extremely dangerous.”

It was unclear what kind of situation preceded or precipitated the shooting.

Cambridge police said in a statement: “An MIT campus police officer responding to a report of a disturbance in the area of Vassar and Main streets was reportedly shot. According to authorities, the officer was found evidencing multiple gunshot wounds. He was transported to the hospital and pronounced deceased.

“Authorities launched an immediate investigation into the circumstances of the shooting.

“There are no other victims. No arrests have been made. The investigation remains ongoing.”

MIT students and staff were advised in a subsequent email alert to stay indoors and to stay away from Building 32.

Police sealed off several blocks around the building last night.

MIT later reported by email: “MIT Police have determined that the suspect in this evening’s shooting is no longer on campus. It is now safe to resume normal activities.”

Dozens of state police, local police and K-9 units were initially at the MIT scene, as well as local media and national media that came over from Boston, where they were covering the marathon bombings, before most police, followed by the media, headed toward Watertown. 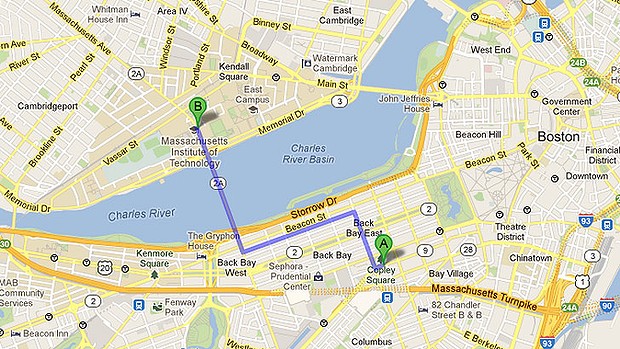 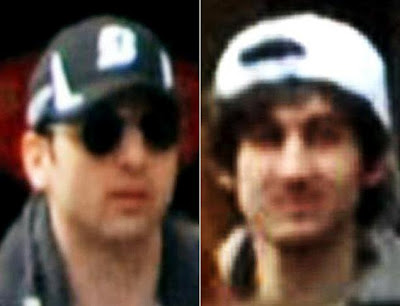 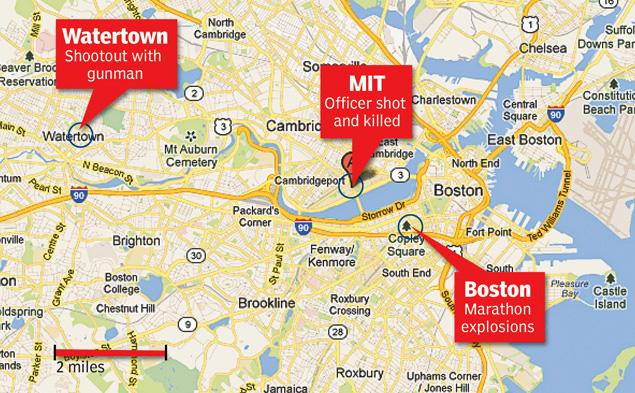 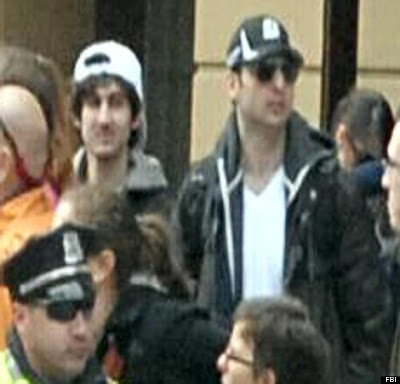 Posted by Loren Coleman at 4:25 AM

return of the Dzhokhar ?

Loren I suggest Dzhokhar's actually related to Sokar or Seker the mumified hawk god who's name's said to be based on the emotionally pained 'telepathic' ejaculation by means of which Asar/Osiris summoned Isis to his dead form.

Seker's also associated with facilitating ingress and egress to the Land of the Dead via those desert like routes which've become chronically barred by compacted sand hence posibly his associated with Ptah the manufacturing god who seems to've taught him how to make containers of magical effects.

The other thing I'd like people to note's at the moment these kids' names're mud but then so was that Brazilian guy UK security forces took down until it turned out he looked nothing like the real suspect and all the innumerable details they provided proving he practically begged to be shot were complete bare faced lies.

Tamerlan likely named after Turkic conqueror Tamerlane (aka Timur Lenk). Edgar Allan Poe's poem "Tamerlane" addresses themes of independence and pride as well as exile and loss. Poe wrote it under the pseudonym "A Bostonian."

There is also the Marlowe play, "Tamberlaine"