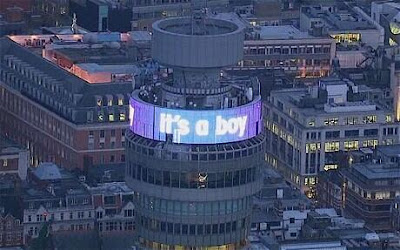 The BT Tower of London made the announcement to the world.

Catherine ("Kate") Middleton, Duchess of Cambridge, gave birth to the first child for her and Prince William earlier on July 22, 2013.

The baby will be third in line to the British throne after Prince Charles and Prince William. He is the first grandchild of the late Princess Diana.

What names will be picked? George? Frances? Middle name Spencer? The media in the UK will keep us informed.

A few months ago, She Knows had some fun with the "Name Game" occurring as to what name will be chosen for this new baby. It is an important choice. After the announcement, check back here for more analysis. 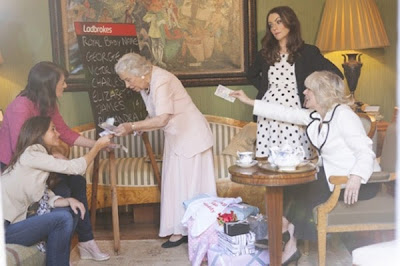 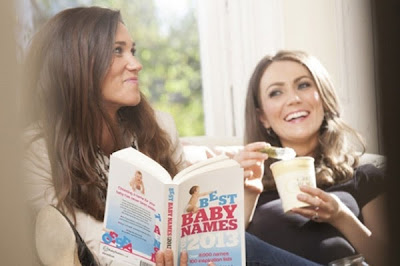 This date has some significance, astrologically, as the birth has taken place on the cusp between the Solar sign of Cancer and Leo. But the birth on July 22 appears to mean this baby is a Cancerian.

I see other sites are taking on the "name game" angle, although they may not be of the "twilight language" variety. See the coincidentally, concurrently entitled article from E!, "Royal Baby Name Game: What Noble Tradition Means for Kate Middleton and Prince William's Baby Moniker." Or Vanity Fair's "Name Game." Or The Times of London's "The Name Game." CNN's "What's in a Royal Name?"

Other Births of Royalty on July 22nds, include:

My money's on George. Have you noticed that the princes/heirs named "Arthur" for their 1st name never make it to the throne? As a life-long student of the Matter of Britain I find that little fact absolutely fascinating.

In the royal name game my bet is on James (and the giant peach.-),
but that's the hot favourite anyway.
" According to Rory Scott, a spokesman for Irish bookmakers Paddy Power, George is now the Paddy Power favourite at 6/4 followed by James (11/4), Alexander (7/2) and Louis (8/1).

Also it would seem to complete a loop of sorts,because Freemasonry really came to power through James and the King James version of the Bible (with it's codes).
Plus ' The Living Ends' song
'The Ending Is Just the Beginning Repeating' was released on July 22nd,2011.

It's funny how the royals used three of the four names in the above comment of mine in naming the baby...all except the one I would have put my money on that is :-(