Sons - at least not all sons - do not grow up to be copycats of their fathers. But what are we to make of the shadowy pasts of two "dark dads" being discussed recently?
Did these two background "fathers" (until the recent Las Vegas carnage opened this discussion) live charmed lives, as did their sons (through 10.1.2017) too, as suggested by MA Hoffman? See Source.
Mundane data points follow. You connect the dots or not.... 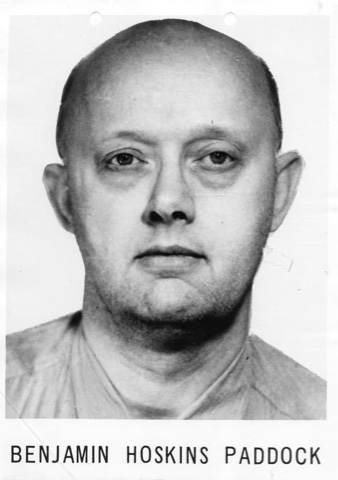 Stephen Paddock, Las Vegas mass murderer, was born in Clinton, Iowa. He grew up in Tucson, Arizona, and Sun Valley, California, as the eldest of four sons of Benjamin Hoskins Paddock. Benjamin was a bank robber who was arrested in 1960, when Stephen was seven years old. Benjamin was later convicted and escaped prison in 1969, subsequently appearing on the FBI's most-wanted list. Stephen was 15 years old at the time. According to his brother Eric, they never really knew their father as he was never with their mother.

In 1946, Benjamin Paddock was convicted of ten counts of auto larceny and five counts of confidence game and was confined at the Illinois State Penitentiary until July, 1951. In 1953, he was convicted of conspiracy in connection with a bad check passing operation and was again held at the Illinois State Penitentiary until August 1956. In one of his early arrests, he was found with a concealed revolver.

He was accused of robbing branches of the Valley National Bank of Arizona in Phoenix of $11,210 on February 19, 1959, and of $9,285 on January 29, 1960. He robbed another branch of $4,620 on July 26, 1960. He was captured and then convicted for the third robbery in federal court in January 1961. During his arrest, he attempted to run down an FBI agent with his car. He was sentenced to 20 years in prison. On December 30, 1968, Paddock escaped from the Federal Correctional Institution, La Tuna in Anthony, Texas. A warrant for his arrest relating to his escape was issued on February 3, 1969, and he was placed on the FBI 10 most wanted list.

Most individuals who have been on the FBI Top Ten Most Wanted list are off the list in less than six months. Paddock was among those who were on the list the longest, being placed on the list on June 10, 1969, and removed on May 5, 1977.  While on the most wanted list, he was described as being 6'4", weighing 245 pounds, having blond hair but being balding and frequently shaved. He had green eyes and wore contact lenses or glasses. He also had a scar above his right eyebrow and on his right knee and had a birthmark on his left ankle. He was described as a smooth talker, as arrogant and egotistical, liking cigars, cigarettes, and steaks. He also played bridge, enjoyed gambling, and watching sports, particularly baseball, for which he also worked as an umpire. During his criminal career, Paddock had numerous aliases, including Perry Archer, Benjamin J. Butler, Leo Genstein, Pat Paddock, and Patrick Benjamin Paddock. His nicknames included "Chromedome", "Old Baldy", and "Big Daddy".

After escaping prison in 1968, Paddock moved to Oregon where he took the name Bruce Warner Erickson. In Oregon he worked as a contract trucker and in drug abuse rehabilitation. He was twice cited for traffic violations and in September 1977 he applied for and was granted a license to open a bingo parlor, but his identity was not uncovered. He then operated a bingo parlor for the Center for Education Reform, a non-profit organization based in Eugene, Oregon.

He was captured and arrested in early September 1978 in Springfield, Oregon, and was eventually released on parole. 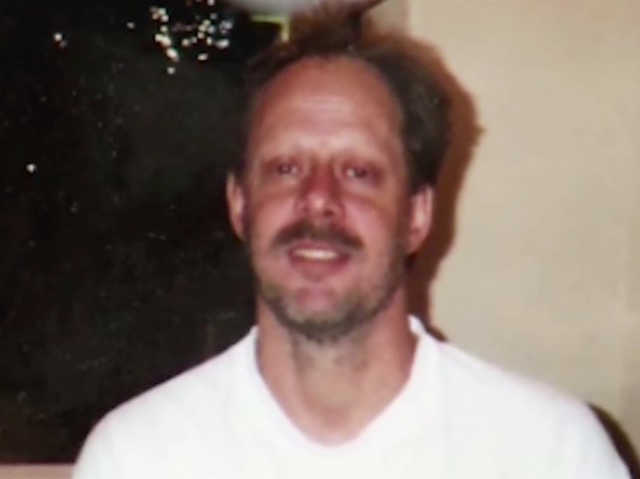 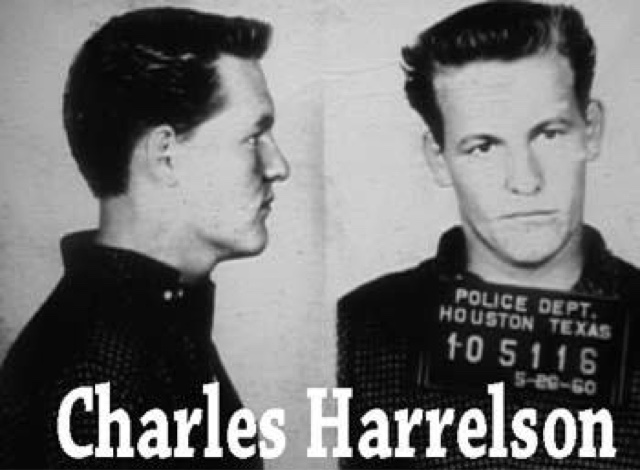 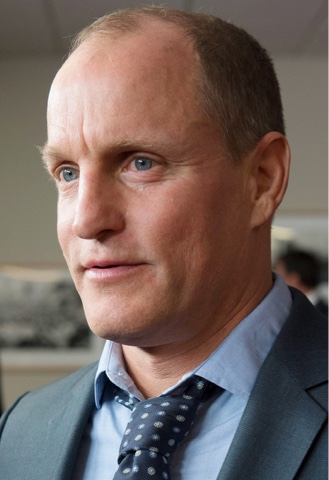 Woody Harrelson was born in 1961 in Midland, Texas, the son of Diane (nee Oswald) and Charles Voyde Harrelson. He has two brothers, Jordan and Brett Harrelson. In 1973, Harrelson moved to his mother's native city, Lebanon, Ohio, where he attended Lebanon High School. He spent much of his high school years working as a woodcarver at Kings Island amusement park.

His father, Charles Voyde Harrelson, was a convicted contract killer (hitman), who received a life sentence for the 1979 killing of Federal Judge John H. Wood Jr. in San Antonio, Texas. He died in the United States Penitentiary Administrative Maximum Facility on March 15, 2007.

Charles Voyde Harrelson (July 23, 1938 – March 15, 2007) was an American organized crime figure who was convicted of assassinating federal judge John H. Wood Jr., the first federal judge to have been killed in the 20th century. He was the estranged father of actor Woody Harrelson.

In September 1980, Charles Harrelson surrendered to police after a six-hour standoff in which he was reportedly "high on cocaine". During the standoff, he threatened suicide and stated that he had killed Judge Wood and President John F. Kennedy. In a television interview after his arrest, Harrelson said: "At the same time I said I had killed the judge, I said I had killed Kennedy, which might give you an idea to the state of my mind at the time." He said that the statements made during the standoff were "an effort to elongate my life."

Joseph Chagra later testified during Harrelson's trial that Harrelson claimed to have shot Kennedy and drew maps to show where he was hiding during the assassination. Chagra said that he did not believe Harrelson's claim, and the AP reported that the FBI "apparently discounted any involvement by Harrelson in the Kennedy assassination." According to Jim Marrs in 1989's Crossfire, Harrelson is believed to be the youngest and tallest of the "three tramps" by many conspiracy theorists. Marrs stated that Harrelson was involved "with criminals connected to intelligence agencies and the military" and suggested that he was connected to Jack Ruby through Russell Douglas Matthews, a third party with links to organized crime who was known to both Harrelson and Ruby.  Lois Gibson, a well-known forensic artist, matched photographs of Harrelson to the photographs of the youngest-looking of the three "tramps". 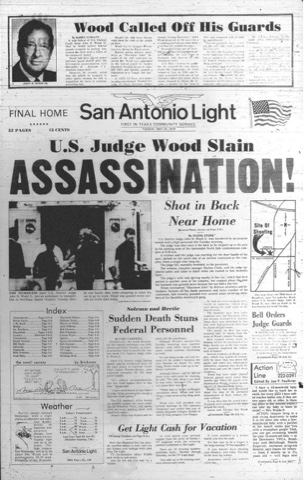 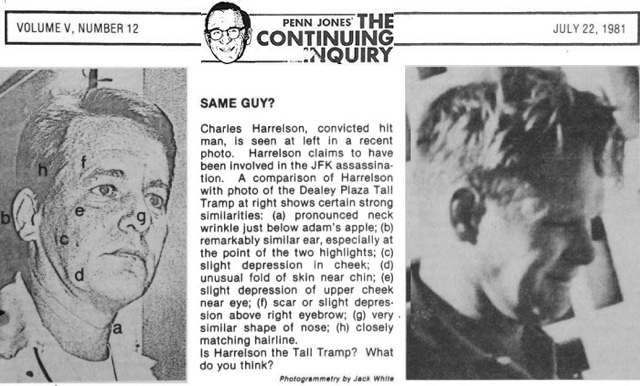 Sources: Wikipedia.
Posted by Loren Coleman at 2:53 AM

The Woody Harrelson success story is interesting. He moved to Hollywood from the Midwest with seemingly no industry connections, and landed one of the most coveted prime-time roles available, 'Woody' on Cheers. A role named for him, or seemingly set-up for him? After Cheers, several of Harrelson's films have made reference to the JFK assassination. There is a cryptic joke about JFK in "White Men Can't Jump." "Natural Born Killer" seems to be a reference to his father's role as a hitman. One of the "Cheers" writers was David Angell, a somewhat mysterious or reclusive personality who was reportedly on Flight 11 in the 2001 WTC event. Harrelson and Kelsey Grammar both became bigger, more successful stars around the time Angell was working on their respective shows.

By coincidence I have been reading up on German psychotherapist Bert Hellinger's work on family dynamics/family constellations, which is admittedly controversial (it has a strong paranormal component to it). Namely how various character patterns, neuroses and tragedies can repeat over generations in families, especially if the 'black sheep' or family tragedies are not acknowledged or given their due to the later generations that follow. How this works, if it does, remains mysterious, but it goes beyond seeing the individual and his character as standard genetic endowment, and even standard environmental/cultural influences. It takes the nature of the nature vs nurture debate further, one has to include the 'nature' of the family, going back generations, and especially the experiences or destinies of those that are glossed over or swept under the carpet.
Here are some examples of case studies http://www.hellingerpa.com/cases.shtml

How this would apply to the Paddock family and the Harrelson family is a matter of debate.

As far as name meanings go, Harrelson of course is son of 'Harrel'. Harrel means 'mountain of God' in Hebrew. So Harrelson is son of the mountain god. Well one meaning at any rate.

Or you can go down the intelligence route and point to the occurrences of intelligence connections (for both agents and assets) that are passed down bloodlines.

All three factors can intertwine. Violence-prone genetics both causing and worsening familial dysfunction leading to sociopathic men who are useful assets/informants for intelligence and police agencies.