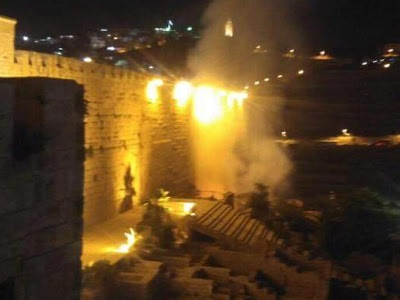 As the iconic cathedral of Notre Dame (below) burned in Paris, a fire broke out at the historic Al Aqsa mosque in Jerusalem (see above). 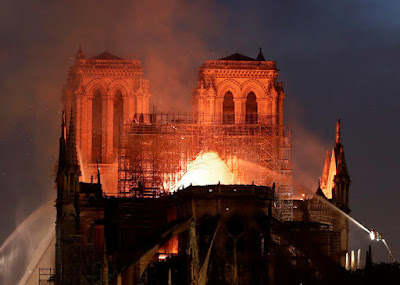 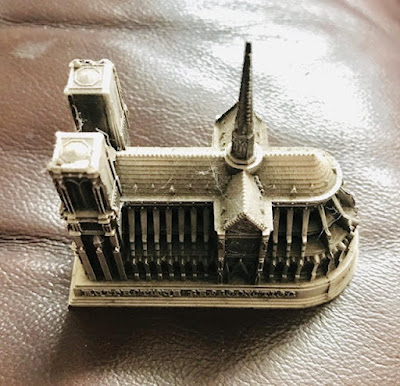 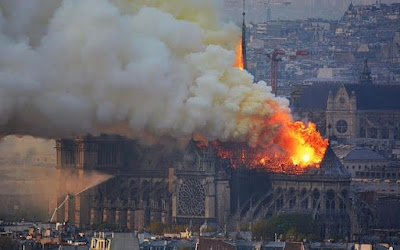 The burning of Notre Dame in Paris.

The world became an aesthetically poorer place. Here are a few of the murals lost to fire at Tsogyelgar when the shrine room burnt to the ground [on April 15, 2019]. 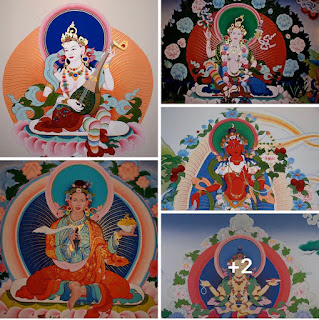 It took my good friend B Love Davis 10 hrs a day for a whole year to complete the 100 feet of murals. These are all presentations of that which can never be lost; but even so, for now, the heart feels desperately sad. ~ Namo Saraswati. 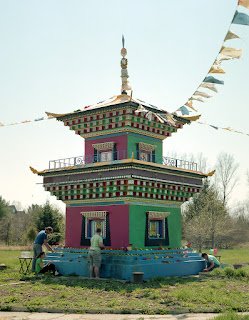 The Tsogyelgar Dharma Center is a Vajrayana Buddhist community, located in Ann Arbor, Michigan, since 1990. Traktung Rinpoche (Traktung Yeshe Dorje, a Tantric Master and Nyingma Lama) is the founder of the community. Located on the property is a rare Dorje Trollo stupa.
+++

No significant damage was caused by the fire, but it did endanger a part of the worship site that is over 2,000 years old.

The Palestine News Agency cited a guard as saying Monday, April 15, 2019, that “the fire broke out in the guard’s room outside the roof of the Marwani Prayer Room, and the fire brigade of Jerusalem Islamic Waqf handled the matter successfully.” 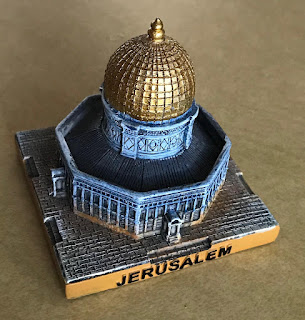 The Dome of the Rock/Al Aqsa Mosque


Al-Aqsa Mosque (Arabic: ٱلْـمَـسْـجِـد الْاَقْـصَى‎, translit. Al-Masjid al-Aqṣā: "the Farthest Mosque"), located in the Old City of Jerusalem, is the third holiest site in Islam. The mosque was built on top of the Temple Mount, known as Haram esh-Sharif in Islam. Muslims believe that Muhammad was transported from the Sacred Mosque in Mecca to al-Aqsa during the Night Journey. Islamic tradition holds that Muhammad led prayers towards this site until the 17th month after his migration from Mecca to Medina, when Allāh directed him to turn towards the Kaaba in Mecca.

The covered mosque building was originally a small prayer house erected by Umar, the second caliph of the Rashidun Caliphate, but was rebuilt and expanded by the Umayyad caliph Abd al-Malik and finished by his son al-Walid in 705 CE. The mosque was completely destroyed by an earthquake in 746 and rebuilt by the Abbasid caliph al-Mansur in 754. It was rebuilt again in 780. Another earthquake destroyed most of al-Aqsa in 1033, but two years later the Fatimid caliph Ali az-Zahir built another mosque whose outline is preserved in the current structure. The mosaics on the arch at the qibla end of the nave also go back to his time.

During the periodic renovations undertaken, the various ruling dynasties of the Islamic Caliphate constructed additions to the mosque and its precincts, such as its dome, facade, its minbar, minarets and the interior structure. When the Crusaders captured Jerusalem in 1099, they used the mosque as a palace and the Dome of the Rock as a church, but its function as a mosque was restored after its recapture by Saladin in 1187. More renovations, repairs and additions were undertaken in the later centuries by the Ayyubids, Mamluks, Ottomans, the Supreme Muslim Council, and Jordan. Today, the Old City is under Israeli control, but the mosque remains under the administration of the Jordanian/Palestinian-led Islamic Waqf.

The cathedral was begun in 1160 under Bishop Maurice de Sully and was largely complete by 1260, though it was modified frequently in the ensuing centuries. In the 1790s, Notre-Dame suffered desecration during the French Revolution; much of its religious imagery was damaged or destroyed. In 1804, the cathedral was the site of the Coronation of Napoleon I as Emperor of France, and witnessed the baptism of Henri, Count of Chambord in 1821 and the funerals of several presidents of the Third French Republic.

Popular interest in the cathedral blossomed soon after the publication, in 1831, of Victor Hugo's novel The Hunchback of Notre-Dame. This led to a major restoration project between 1844 and 1864, supervised by Eugène Viollet-le-Duc, who added the cathedral's iconic spire.

The mosque is located in close proximity to historical sites significant in Judaism and Christianity, most notably the site of the Second Temple, the holiest site in Judaism. As a result, the area is highly sensitive, and has been a flashpoint in the Israeli–Palestinian conflict.

Al-Masjid al-Aqsa translates from Arabic into English as "the farthest mosque". The name refers to a chapter of the Quran called Al-Isrā’ (Arabic: ٱلْإِسْـرَاء‎), "The Night Journey"), in which it is said that Muhammad travelled from Mecca to "the farthest mosque," and then up to Heaven on a heavenly creature called al-Burāq ash-Sharīf.

April 15, 2019, began the day with Peter Buttigieg news stories of his announcement for President. It did not end that way.

Peter Paul Montgomery Buttigieg (born January 19, 1982) is an American politician and former Naval Intelligence Officer who has served as the mayor of the city of South Bend, Indiana since 2012. On April 14, 2019, Buttigieg formally announced he was running for the Democratic nomination for president of the United States in 2020 after having formed an exploratory committee in January 2019. 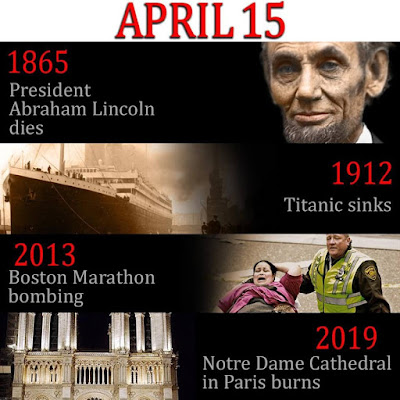 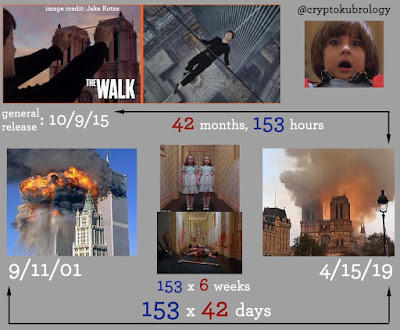 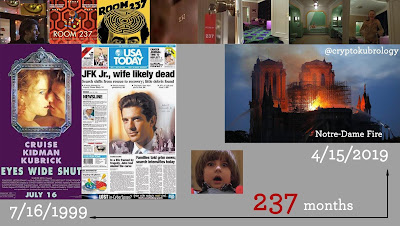 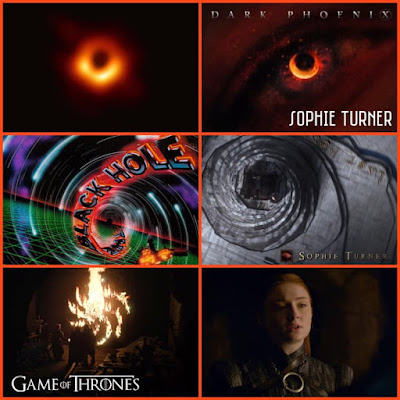 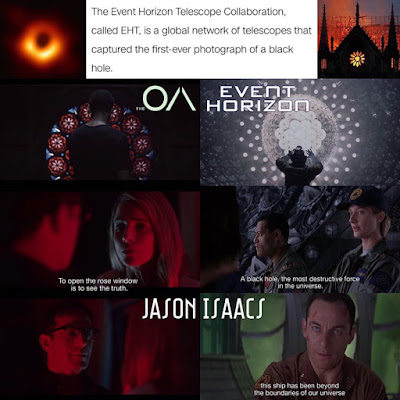 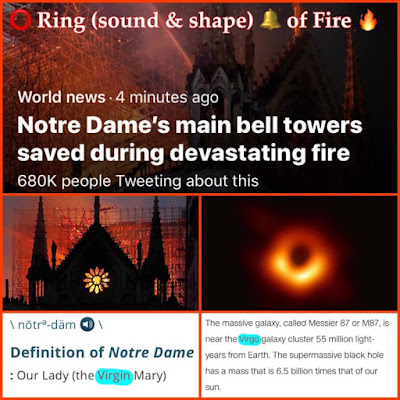 Posted by Loren Coleman at 2:29 PM

Enjoy your articles. Been reading some great work on atlantis by secrettorchritual, see an article on atlantis released by national geography on 15th of april, do you connect this at all?