The Red Zone of April: A Dangerous Time

The Red Zone of April: A Dangerous Time
by Loren Coleman, author of The Copycat Effect (Simon and Schuster, 2004), Suicide Clusters (Faber & Faber, 1987), and other books. 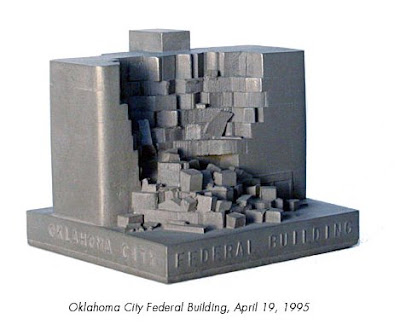 "April is the cruellest month... " 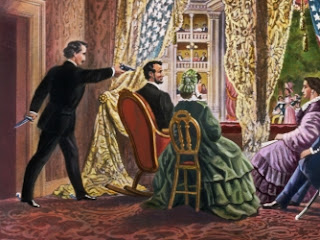 1865 – On the eve of the fifth day of Passover, April 14, 1865, President Abraham Lincoln was shot and died of his wounds in the early morning of April 15th, which had already been scheduled as a national day of prayer to mark the end of the Civil War. Jews across the land were gathering in synagogues to give thanks. When news of Lincoln's death arrived, the synagogue altars were quickly draped in black and, instead of Passover melodies, the congregations chanted Yom Kippur hymns. Lincoln had been protective of American Jewry, overturning General Grant's infamous General Order #11 expelling Jews from the Department of the Tennessee and supporting legislation allowing Jewish chaplains to serve in the military. 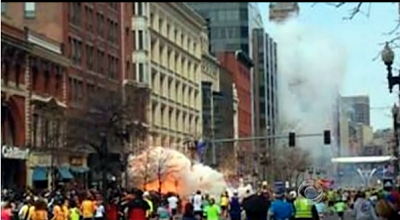 2013 – The Boston Marathon bombing was a terrorist attack, followed by subsequent related shootings, that occurred when two pressure cooker bombs exploded during the Boston Marathon on Boylston Street, Boston, Massachusetts. Six died in the events, and 280 injured, some with loss of legs and arms.

April 16
73 – Masada, a Jewish fortress, falls to the Romans after several months of siege, ending the Great Jewish Revolt.
1947 – French freighter S.S. Grandcamp explosion loaded with ammonium nitrate docked at the Port of Texas City, Texas, and erupted in flames, causing a massive explosion that killed at least 581 people.
1995 – George W. Bush names April 16 as Selena Day in Texas, after she was killed two weeks earlier. 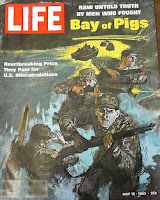 1961 – Bay of Pigs Invasion: A group of Cuban exiles financed and trained by the CIA lands at the Bay of Pigs in Cuba with the aim of ousting Fidel Castro.
1978 – Mir Akbar Khyber is assassinated, provoking a communist coup d'état in Afghanistan.
1984 – Police Constable Yvonne Fletcher is killed by gunfire from the Libyan People's Bureau (Embassy) in London during a small demonstration outside the embassy. Ten others are wounded. The events lead to an 11-day siege of the building.
2006 – A Palestinian suicide bomber detonates an explosive device in Tel Aviv, killing 11 people and injuring 70. 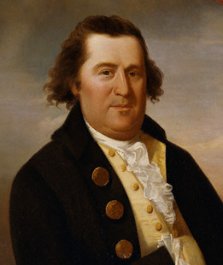 1775 – American Revolution: The British advancement by sea begins; Paul Revere, William Dawes (above) and other riders warn the countryside of the troop movements. (The syncinematic film, 2009's Knowing has student Caleb Koestler - a name game there - going to the fictional William Dawes Elementary, located in 1959 Lexington.)
1906 – An earthquake and fire destroy much of San Francisco, California.
1983 – A suicide bomber destroys the United States embassy in Beirut, Lebanon, killing 63 people.
2007 – A series of bombings, two of them being suicides, occur in Baghdad, killing 198 and injuring 251.
2013 – A suicide bombing in a Baghdad cafe kills 27 people and injures another 65.
2013 – Fertilizer plant explosion, West, just north of Waco, Texas, killed 15 killed and about 200 injured. Eighty homes and a middle school are leveled. 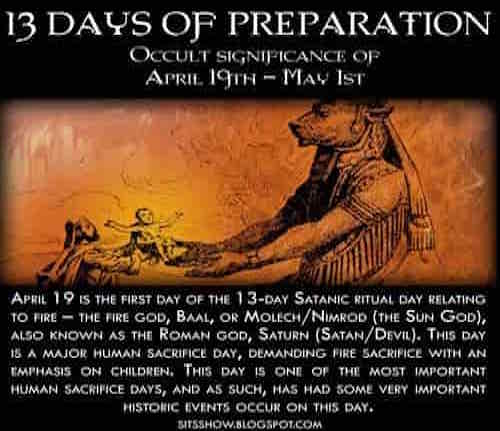 Blood Sacrifice to the Beast. Fire sacrifice is required for this specific date.
1775 – Battles of Lexington and Concord, Massachusetts, the first battles of the American Revolutionary War. This is the actual anniversary of the battles, even though the observance has become a date tied to the third Monday in April.
1897 – First running of the Boston Marathon, with marathons named after the Greek Battle of Marathon. 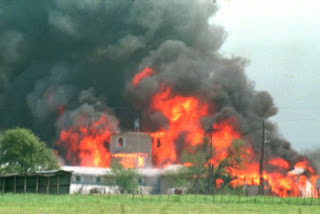 1993 – The 51-day FBI siege of the Branch Davidian building outside Waco, Texas, USA, ends when a fire breaks out. Eighty-one people die.
1993 – South Dakota governor George Mickelson and seven others are killed when a state-owned aircraft crashes in Iowa.
1995 – Oklahoma City bombing: The Alfred P. Murrah Federal Building in Oklahoma City, USA, is bombed, killing 168.
1995 – Richard Wayne Snell, a convicted murderer, member of the white supremacist group The Covenant, The Sword, and the Arm of the Lord (CSA), is executed in Arkansas. Snell was involved in filming the planes that landed at the restricted airport in Mena, Arkansas, believed by many conspiracy theorists to be used in a CIA-sanctioned cover-up to smuggle drugs into America. Snell had been accused of plotting to bomb the Murrah Building in the 1980s. Snell reportedly watched televised reports of the Oklahoma City bombing on the day of his execution and nodded in approval.
2013 – Boston Marathon bombings suspect Tamerlan Tsarnaev is killed in a shootout with police. His brother Dzhokhar Tsarnaev is captured while hiding in a boat inside a backyard in Watertown, Massachusetts. 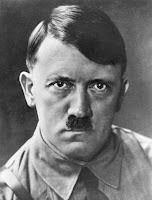 1889 – Adolf Hitler, Austrian-German soldier and politician, Chancellor of Germany (d. 1945) is born
1939 – Adolf Hitler's 50th birthday is celebrated as a national holiday in Nazi Germany.
1945 – World War II: Führerbunker: Adolf Hitler makes his last trip to the surface to award Iron Crosses to boy soldiers of the Hitler Youth.
1961 – Failure of the Bay of Pigs Invasion of US-backed Cuban exiles against Cuba.
1971 – According to Steven Hager, editor of High Times, he found the term 420 originated at San Rafael High School in 1971, among the Waldos. They would meet every day after school at 4:20 p.m. to smoke marijuana at the Louis Pasteur statue. One of the Waldos notes, "We did discover we could talk about getting high in front of our parents without them knowing by using the phrase 420." By extension now, April 20 ("4/20" in U.S. dating shorthand) has evolved into a counterculture holiday, where people gather to celebrate and consume cannabis.
1978 – Korean Air Lines Flight 902 is shot down by the Soviet Union. 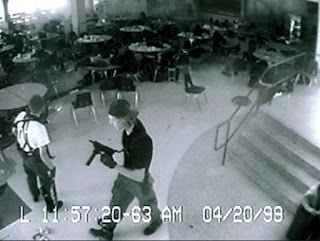 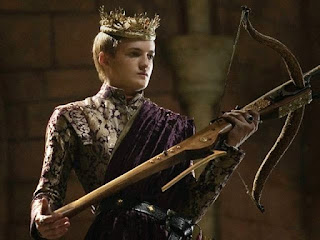 2015 – A substitute teacher was killed at the Joan Fuster School in the La Sager neighborhood of Barcelona, Spain, by a 13-year-old student with a crossbow and machete. Four other people were injured.

April 21
1506 – The three-day Lisbon Massacre comes to an end with the slaughter of over 1,900 suspected Jews by Portuguese Catholics.
1985 – The compound of the militant group The Covenant, The Sword, and the Arm of the Lord surrenders to federal authorities in Arkansas after a two-day government siege.

April 22
2004 – Two fuel trains collide in Ryongchon, North Korea, killing up to 150 people.
2013 – Six people die in a shooting in Belgorod, Russia.
2013 – The Royal Canadian Mounted Police arrest and charge two men with plotting to disrupt a Toronto area train service in a plot claimed to be backed by Al-Qaeda elements.
2014 – More than 60 people are killed and 80 are seriously injured in a train crash in the Democratic Republic of the Congo's Katanga Province.
2016 – The one-month anniversary of three suicide bombers killing 35 people and injuring 316 in the 2016 Brussels bombings at the airport and at the Maelbeek/Maalbeek metro station.

1965 – Teenage sniper Michael Andrew Clark kills three and wounds six others shooting from a hilltop along Highway 101 just south of Santa Maria, California.
2005 – One hundred seven people die in Amagasaki rail crash in Japan.
2010 – Joseph McVey, 23, from Ohio, is arrested with a shotgun, in a car made to look like a police vehicle with working lights and sirens in the Asheville, NC airport parking lot, when President Obama and his family were departing in Air Force One.

April 26
1865 – Union cavalry troopers corner and shoot dead John Wilkes Booth, assassin of President Lincoln, in Virginia.
1894 – Birthdate of Rudolf Walter Richard Heß, also spelled Hess, who was a prominent politician in Nazi Germany. Appointed Deputy Führer to Adolf Hitler in 1933, he served in this position until 1941, when he flew solo to Scotland. Neo-nazi "celebrations" have been held for him in Germany, on the date of his death, August 17, but some indications are that his birthdate is acknowledged, as well.
1982 – Fifty-seven people are killed by former police officer Woo Bum-kon in a shooting spree in South Gyeongsang Province, South Korea.
2002 – Robert Steinhäuser, 19, infiltrates the Gutenberg-Gymnasium (a secondary school) in Erfurt, Germany. He stalked the halls, and killed 12 teachers, an administrator, two students, one policeman, and wounded 10 other people before he killed himself. Seventeen people in total died.

April 27
711 – Islamic conquest of Hispania: Moorish troops led by Tariq ibn Ziyad land at Gibraltar to begin their invasion of the Iberian Peninsula (Al-Andalus).
1805 – First Barbary War: United States Marines and Berbers attack the Tripolitan city of Derna (The "shores of Tripoli" part of the Marines' Hymn).
2011 – The April 25–28 tornado outbreak devastates parts of the Southeastern United States, especially the states of Alabama, Mississippi, Georgia, and Tennessee. Two hundred five tornadoes touched down on April 27 alone, killing more than 300 and injuring hundreds more.
2012 – At least four explosions hit the Ukrainian city of Dnipropetrovsk with at least 27 people injured.
2014 – A tornado outbreak over much of the eastern United States kills 35 people.

April 28
1192 – Assassination of Conrad of Montferrat (Conrad I), King of Jerusalem, in Tyre, two days after his title to the throne is confirmed by election. The killing is carried out by Hashshashin.
1949 – The Hukbalahap are accused of assassinating former First Lady of the Philippines Aurora Quezon, while she is en route to dedicate a hospital in memory of her late husband; her daughter and ten others are also killed.
1978 – President of Afghanistan, Mohammed Daoud Khan, is overthrown and assassinated in a coup led by pro-communist rebels.
1996 – Port Arthur massacre, Tasmania: A gunman, Martin Bryant, opens fire at the Broad Arrow Cafe in Port Arthur, Tasmania, killing 35 people and wounding 23 others.

April 29
1429 – Joan of Arc (tied to name game, Fay/Fairy/Beech) arrives to relieve the Siege of Orleans.
1945 – World War II: Führerbunker: Adolf Hitler marries his longtime partner Eva Braun in a Berlin bunker and designates Admiral Karl Dönitz as his successor. Both Hitler and Braun died by suicide the following day.

April 30
1945 – World War II: Führerbunker: Adolf Hitler and Eva Braun die by suicide after being married for less than 40 hours. Soviet soldiers raise the Victory Banner over the Reichstag building. 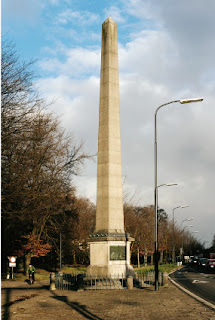 2009 – Eight people are killed and another ten injured at a Queen's Day parade in Netherlands in an attempted assassination on Queen Beatrix and members of the Royal Family. The attack occurred at the De Naald (in English The Needle), which is the obelisk monument in the Dutch city of Apeldoorn. The car of the assailant, identified as Richard Karst Tates, ended up crashed at the base of the obelisk. 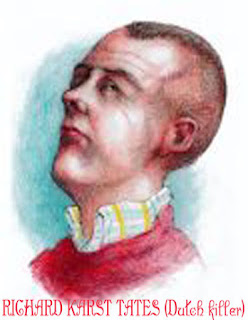 Beltaine Festival - April 30-May 1. Walpurgis Night. This is the highest day on the Druidic Witch's Calendar. May 1 is the Illuminati's second most sacred holiday. Human sacrifice is required.
+++++++++++++++++
Posted by Loren Coleman at 3:48 PM