Hellfire: The Violent Days of Spring 2019

April has come and gone. As forecast in "The Red Zone of April," the past is prologue. Let us look at a jam-packed Spring of 2019 that, indeed, was filled with "hellfire." And Spring is not through with us! 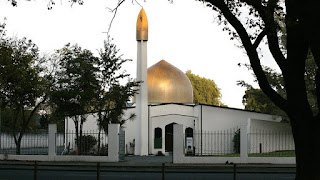 The Christchurch mosque shootings were two consecutive terrorist attacks at mosques in Christchurch, New Zealand, during Friday Prayer on 15 March 2019. The attacks began at the Al Noor Mosque in the suburb of Riccarton at 1:40 pm and continued at the Linwood Islamic Centre at about 1:55 pm. The gunman live-streamed the first attack on Facebook Live. After being at Al Noor Mosque and going to Linwood, the gunman left the scene, in his car, to the music of "Fire" by The Crazy World of Arthur Brown, where the singer proclaims: "I am the god of hellfire!" 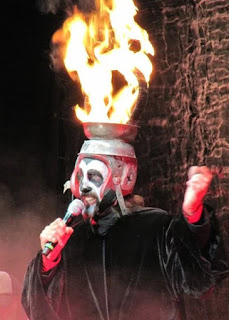 The attacks killed 51 people and injured 49 others. A 28-year-old Australian man, Brenton Harrison Tarrant, described in media reports as a white supremacist and part of the alt-right, was arrested and charged with murder. The attacks have been linked to an increase in white supremacism and alt-right extremism globally observed since the mid-2010s. Politicians and world leaders condemned the attacks, and Prime Minister Jacinda Ardern described it as "one of New Zealand's darkest days." The government has established a royal commission of inquiry into its security agencies in the wake of the attacks, which are the deadliest mass shootings in modern New Zealand history.

Fatalities 51 (47 of them male, and 4 female)
42 at the Al Noor Mosque
7 at the Linwood Islamic Centre
2 later at Christchurch Hospital 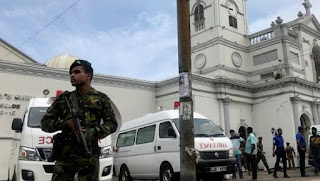 On 21 April 2019, Easter Sunday, three Christian churches in Sri Lanka and three luxury hotels in the commercial capital Colombo were targeted in a series of coordinated terrorist suicide bombings. Later that day, there were smaller explosions at a housing complex in Dematagoda and a guest house in Dehiwala. 253 people (some reports say 259) were killed, including at least 42 foreign nationals and three police officers, and at least 500 were injured. The church bombings were carried out during Easter services at the St. Anthony's Shrine, Colombo 13; St. Sebastian's Church, Negombo; Zion Church, Batticaloa; the hotels that were bombed were the Shangri-La, Cinnamon Grand, Kingsbury and Tropical Inn.

According to Sri Lankan government officials, all seven of the suicide bombers in the attacks were Sri Lankan citizens associated with National Thowheeth Jama'ath, a local militant Islamist group with suspected foreign ties, previously known for attacks against Buddhists and Sufis. State Minister of Defence Ruwan Wijewardene said in parliament on 23 April that the government believed the attack was in retaliation for the attack against Muslims in Christchurch on 15 March 2019. 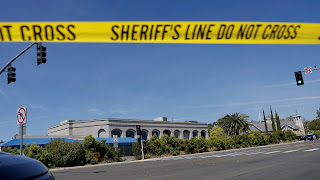 Above and below: The Poway synagogue shooting. 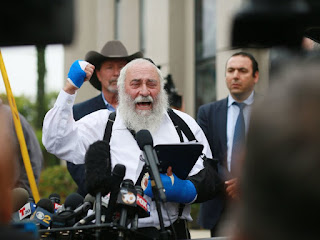 April 30, 2019 The University of North Carolina at Charlotte shooting was a shooting that occurred at the University of North Carolina at Charlotte on April 30, 2019. The shooting, which occurred on the last day of classes for the spring semester, sent six people to the hospital, two of whom were dead upon arrival, and left three others in critical condition. The shooting occurred inside a classroom in the Woodford A. Kennedy Building while students were giving a final presentation. One suspect, Trystan Andrew Terrell, was taken into police custody.

The shooting occurred during the last day of classes for the spring semester, at around 5:40 p.m. local time, according to university officials. Around that time, the suspected gunman entered Room 236 in the Woodford A. Kennedy Building, where students enrolled in "Science, Technology, & Society," a liberal studies course on the anthropology and philosophy of science, were delivering their final group presentations.