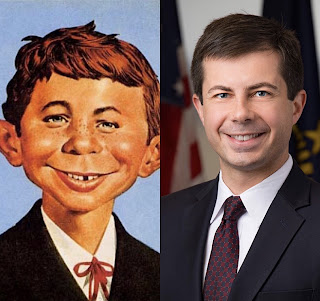 President Donald Trump took aim at Pete Buttigieg, the Democratic mayor of South Bend, Indiana, at a “Make America Great Again” rally on May 8, 2019, by calling him “Boot edge edge.”

Trump returned to Buttigieg on May 10, 2019. In an interview with Politico, Trump declared that "Alfred E. Neuman cannot become president of the United States.”

Asked about the insult, later on May 10, 2019, Buttigieg told Politico, “I’ll be honest, I had to Google that. I guess it’s just a generational thing. I didn’t get the reference. It’s kind of funny, I guess. But he’s also the president of the United States and I’m surprised he’s not spending more time trying to salvage this China deal."

Social media was hit on Mother's Day with a flood of images from MAD Magazine covers, reminding people that while Trump and Buttigieg might be done with MAD, MAD is not done with them. 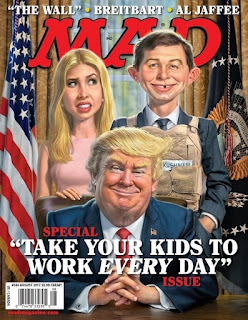 As someone pointed out, there may already be an "Alfred E. Neuman" in the White House.

MAD Magazine has zeroed in on Trump in the past, and Trump seems to love the attention. 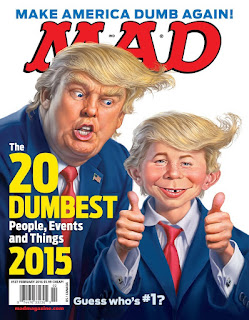 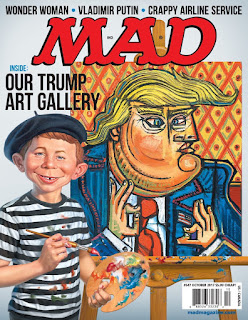 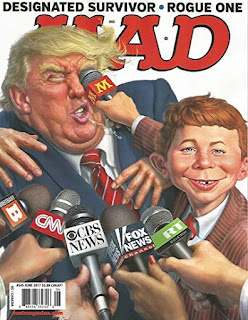 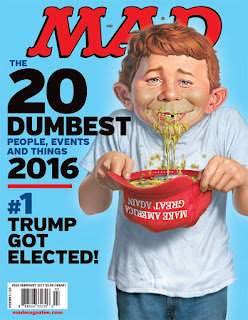 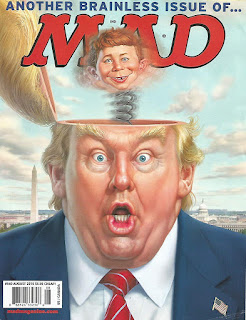 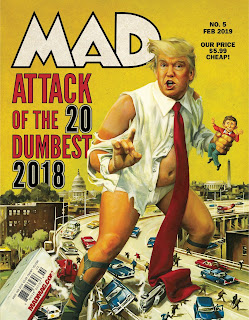 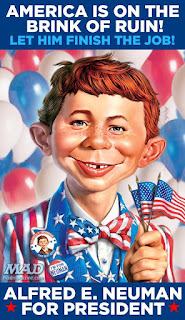 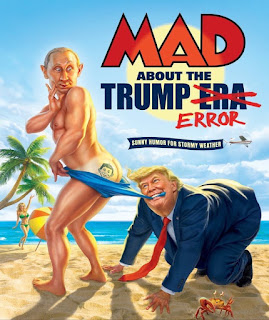 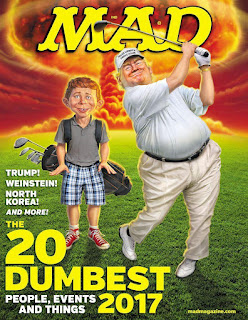 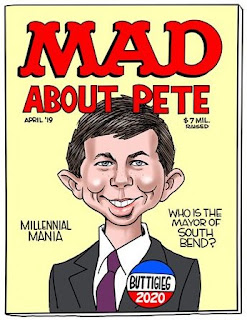 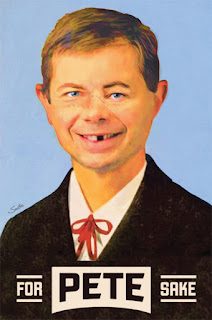 MAD has ways of predicting the future too. See below. 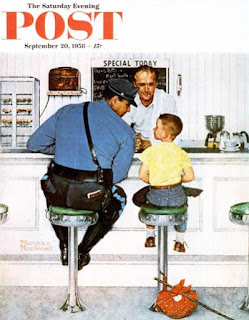 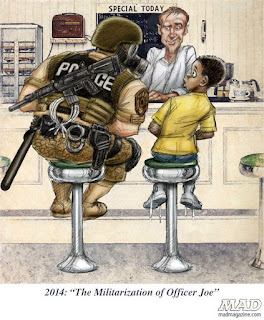 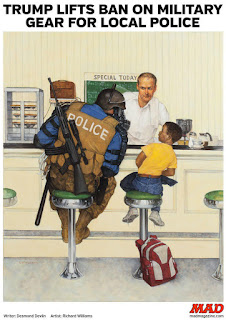 For more on the above, see "'That Myth Is Dead': An Artist, Writer And Editor From MAD Magazine Talk Trump's America."