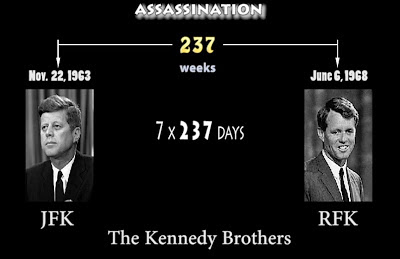 Examining the foundation terminology, this observation was shared:


A resonator (first used in 1869) is a device or system that exhibits resonance or resonant behavior, which naturally oscillates with greater amplitude at some frequencies, called resonant frequencies, than at other frequencies.

Resonator is often defined as a device used to make something (such as a musical instrument) louder. Can individuals be defined as "resonators" that call forth more attention to a specific event? Certainly.

In April 2019, cryptokubologist Alex Fulton began using "resonator" in Twitter. In August 2019, Fulton clarified his use of "resonator" with a modified human-aligned definition pointing to a person who has a greater amplifying effect on a specific event ~ often related to the JFK assassination. (His graphic is above.)

As 2020 dawned, while #JFK resonator deaths were on the scene again, what became evident was an increase in the #RFK resonator events too, in a landscape overwhelmed by COVID19 deaths.

Here's a chronological look at the occurrences of the first few months of the year. 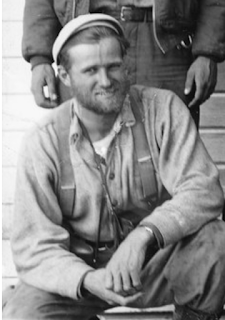 American mountaineer of Dutch origins, Dee Molenaar, 101, died, on January 19, 2020, in Burlington, Washington State. He was born June 21, 1918. Along with "Big Jim" Jim Whittaker and Robert F. Kennedy, he was a member of the 1965 climb and first ascent of Mount Kennedy in the Yukon, named after John F. Kennedy. 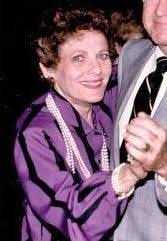 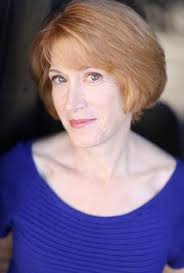 Maria Louise Moessen, 64, born on February 19, 1956, died at her North Carolina home on February 29, 2020. She survived nearly two years with pancreatic cancer. The Internet Movie Database credits her as actress Maria Mason in JFK (1991), in the role of Jim Garrison’s secretary. 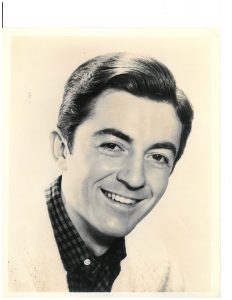 Dancer and choreographer Harry Woolever, born August 17, 1929, died February 12, 2020, at 90, in Montoursville, New York. Among a lifetime of dance performances, on January 31, 1963, he was part of a dance group of eight people who participated in a dance for President John F. Kennedy in Washington, D.C. That show was later broadcast on national TV. 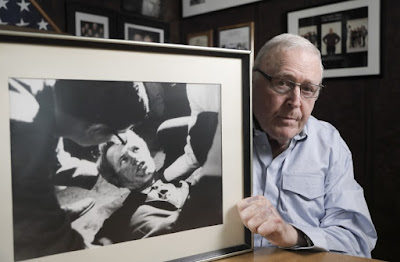 Known as the photographer of RFK's assassination, Boris Yaro died March 11, 2020 at the age of 81. His obituary brought to my attention the deaths of other witnesses to RFK's assassination: Busboy Juan Romero died October 1, 2018. The 17-yr-old volunteer Irwin Stroll, who was shot at the RFK site, died at 43 of AIDS, on February 16, 1995. 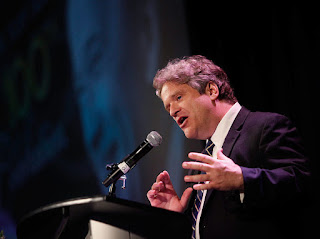 Peter Hardin Jackson, 53, son of the late U.S. Sen. Henry "Scoop" M. Jackson, died Saturday evening, March 21, 2020, in Seattle. He had been an editorial writer.  His father, Senator Jackson had been JFK's first choice for Vice-President. 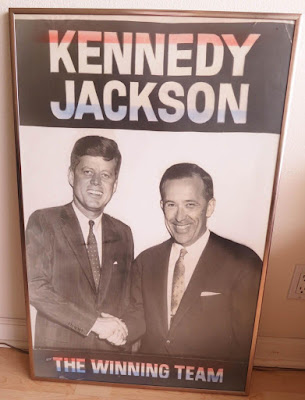 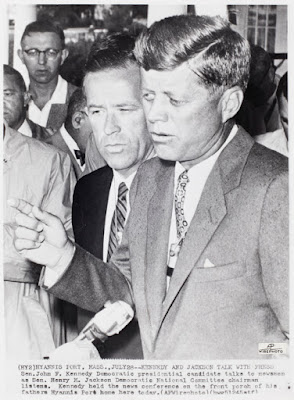 
Bob Ferguson, Washington’s attorney general, met Jackson when they were UW undergraduates. On Monday [March 23, 2020], Ferguson recalled walking into Jackson’s room back then and seeing a picture of Robert Kennedy with a young child. Ferguson wondered which Kennedy child it was — but soon learned it was Peter Jackson as a boy. 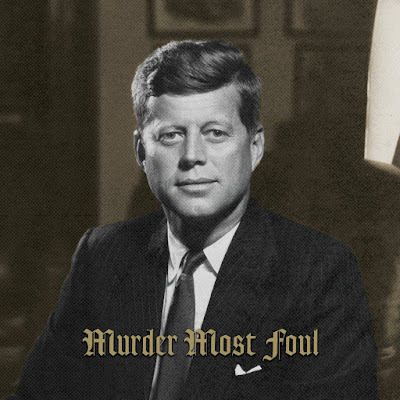 On March 27, 2020, Bob Dylan shared his first new track in eight years. “Murder Most Foul” is a 17-minute song about the 1963 assassination of President John F. Kennedy. It almost immediately went to #1. 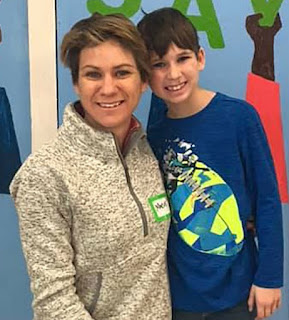 Maeve Kennedy McKean (née Townsend; November 1, 1979 – April 2, 2020) was an American public health official, human rights attorney, and academic. She served as the Executive Director of the Global Health Initiative at Georgetown University. A member of the Kennedy family, she was a granddaughter of Robert F. Kennedy and Ethel Kennedy and a grandniece of President John F. Kennedy and First Lady Jacqueline Bouvier Kennedy. 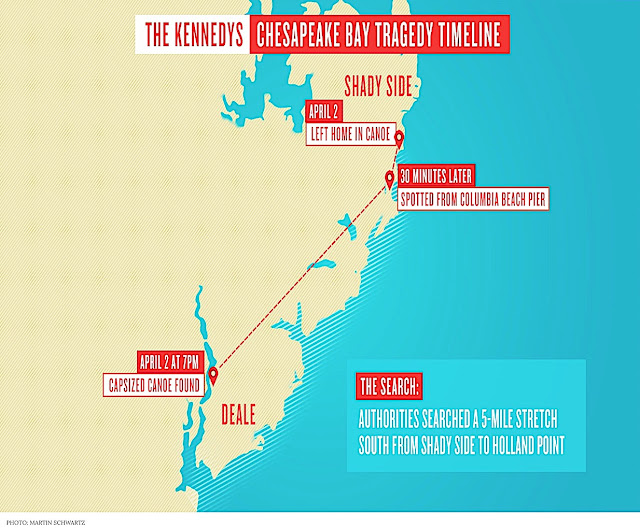 On April 2, 2020, McKean and her eight-year-old son, Gideon Joseph Kennedy McKean, went missing while paddling in a canoe near McKean's mother's waterfront residence in Shady Side, Maryland. McKean had taken her family to Maryland to stay in quarantine during the 2020 coronavirus pandemic. Reports from the Maryland Natural Resources Police say they were attempting to retrieve a kickball that had landed in the water. Due to high winds, they were swept further out into the Chesapeake Bay. Fire officials from Anne Arundel County received an emergency call at 4:30 PM that day from a man who reported seeing a woman and her son, presumably the McKeans, in a small canoe near the community pier at Columbia Beach. McKean and her son were last sighted ten miles south of Annapolis, near Herring Bay. Marine units from the Queen Anne's County Police Department, Anne Arundel County Police Department, Maryland State Police, and the Maryland Department of Natural Resources, as well as the United States Coast Guard, searched the Chesapeake by boat and helicopter. Natural Resources Police reported that an overturned canoe was found around 7:00 PM on April 3, 2020, near Rockhold Creek in Deale. Later that night, after twenty-six hours, the Coast Guard suspended its search. At 7:30 PM, Maryland officials called off the search due to darkness. As of April 3, 2020, she and her son were presumed dead. On April 4, 2020, the search was resumed by Maryland police.
McKean and her son's disappearance has been referred to in the media as part of the "Kennedy curse", a series of deaths, accidents, and other calamities involving the family.
McKean's body was found on April 6, 2020, and her son's body was found on April 8, 2020. On April 8, 2020, the medical examiner reported McKean accidentally drowned in the turbulent and chilly water of the Chesapeake Bay. 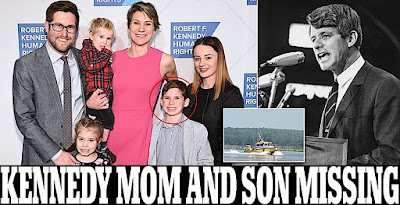 After Maeve Kennedy McKean died, the year-old discussions between the McKean-associate Bill Gates, and Robert F. Kennedy Jr. about vaccines, in the new age of COVID19, resurfaced. Indeed, RFK Jr. posted on social media in April 2020, the following: 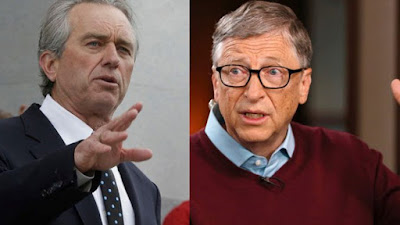 In 2019, RFK Jr. felt he had "exposed Bill Gates relationship with big pharma." 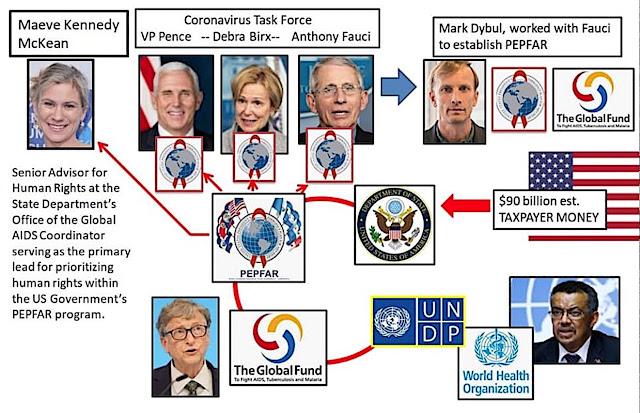 Maeve Kennedy McKean had made news in 2019, for co-authoring a column criticizing RFK Jr. for his anti-vaccination activism. The critique was co-authored by Kathleen Kennedy Townsend, Joseph P. Kennedy II, and Maeve Kennedy McKean. Those three were identified by these affiliations: 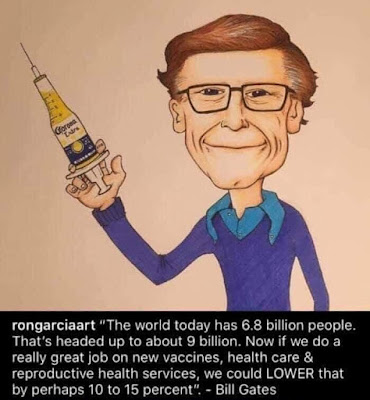 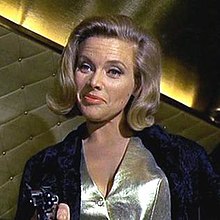 On April 5, 2020, the actress Honor Blackman (born August 22, 1925 in Essex, England) died. She was especially recalled for her portrayal of the Bond girl Pussy Galore in Goldfinger (1964).

President Kennedy listed From Russia with Love as one of his favorite books. After that ringing endorsement, Ian Fleming’s James Bond books started flying off of the shelves.

The Kennedys became friends with Ian Fleming. In 1959, Jackie Kennedy sent Director of the CIA Allen Dulles a copy of one of Fleming’s Bond novels, which captured his attention and led to him making contact with Fleming, sparking off several years of correspondence and friendship. Dulles wrote back to Jackie in November 1959, thanking her, mentioning he’d made contact with Fleming and enclosing a copy of Goldfinger (1958) for her and JFK to enjoy. Since filming began on January 20, 1964, and JFK had been killed on November 22, 1963, he never saw the movie. 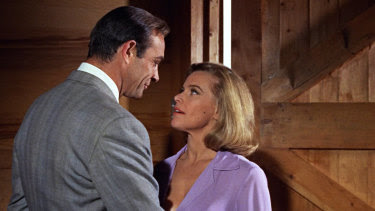 Blackman died in the UK, although she owned a summer house in Islesboro, Maine, United States. 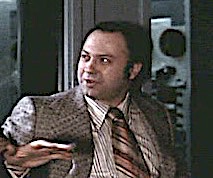 Garfield in The Candidate

On April 7, 2020, during the 2019–20 coronavirus pandemic, Allen Garfield, 80, died of COVID-19. Garfield was born Allen Goorwitz on November 22 (the JFK assassination date), 1939. He appeared in over 100 films and television programs. One of the movies was The Candidate (1972), which starred Robert Redford, which had Redford in a role with a close resemblance to a Kennedy brother. Allen "Garfield," of course, reminds one of James Abram Garfield (November 19, 1831 – September 19, 1881) was the 20th president of the United States, serving from March 4, 1881 until his death by assassination six and a half months later.

April 9, 2020. The first confirmed coronavirus case in New York was a woman who flew into JFK in February and tested positive March 1. The next day, Gov. Cuomo and Mayor Bill de Blasio promised investigators would track down every person on her flight. No one ever did. (New York Times)


BREAKING: TSA reported April 9, 2020, that 327 employees, both passenger checkpoint screeners and baggage inspectors, have tested positive for COVID-19, mostly at JFK, Logan and Seattle international airports. 13 employees have recovered, and 2 have "succumbed" to the virus.
Posted by Loren Coleman at 2:37 PM