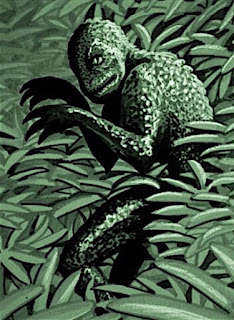 During the evening of December 29, 2020, an ABC News outlet in Tennessee, WKRN reported that federal investigators (ATF/FBI ?) are looking into evidence that Antioch’s Anthony Quinn Warner, 63, the Nashville bomber, spent time hunting for alien life forms in a nearby state park (where was not disclosed), and was involved in chasing conspiracy theories on reptilians or shapeshifter “lizard people.”
The illustration above is credited to Mysterious America by Loren Coleman (first published in 1983 by Faber and Faber, most recently in the revised edition from Simon and Schuster 2007). This is Wetzel’s “It” by Bill Rebsamen.
For much more on the bombing, see: "Explosion in Nashville: Down The Rabbit Hole on Christmas Morn." (December 25, 2020) 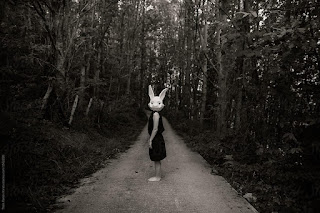 Posted by Loren Coleman at 5:57 AM

Probably the Cedars of Lebanon State Park since that's where the copycat showed up a few days later.
https://nypost.com/2020/12/27/truck-playing-audio-similar-to-nashville-bomb-rv-probed/