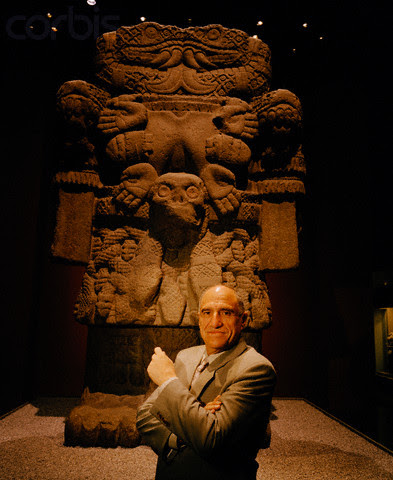 The Independant's Stephen Foley is reporting on Monday, 27 April 2009:

The White House says that Barack Obama is "highly engaged" in monitoring the swine flu outbreak that has spread over the border from Mexico into the US – and well he might. For a while, the President's doctors feared that he may have come closer than almost anyone in the country to contracting the virus.

According to alarming reports from Mexico City, Felipe Solis, a distinguished archaeologist who showed Mr Obama around the city's anthropology museum during his visit to Mexico earlier this month, died the next day from "flu-like symptoms."

Mr Solis met the President at a gala dinner which was held at the museum on 16 April, before Mr Obama travelled on to the Americas summit in Trinidad and Tobago.

Yesterday, the museum was shut, in common with most public attractions in Mexico City, and the nation's Health Minister confirmed that Mr Solis had died of pneumonia – but that it was not thought he had contracted swine flu.

In the US, the White House said that the President's doctors had given him an all-clear. Mr Obama showed no symptoms after the usual incubation period, his spokesman said.
Posted by Loren Coleman at 7:36 PM

This close call is not getting much play in the USA, however.

Please also note the significance of the name game here.

Yes indeed...I hadn't heard a thing about this until I saw your post. I find it VERY interesting.