As some of you know, the French scientist Claude LaCombe (François Truffaut) in Close Encounters of the Third Kind was based on Boing Boing writer David Pescovitz's friend, and mine too, Jacques Vallée. 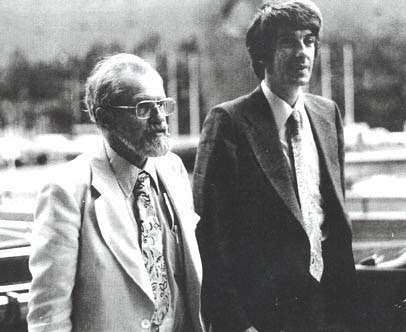 Today, David points to this magnifique deleted scene from the film that says some things about twilight language:

See here for more from David on what special phrase shows up in CEIII that is, indeed, so very Vallée.

Thanks also to Patrick Huyghe of Anomalist Books for bringing this to my attention.
Posted by Loren Coleman at 5:32 PM

This is indeed a wonderful scene.

BUT... most wonderful to me is the irony that the airport in which this scene is supposed to be located —O'Hare airport— was the scene of one of the most importants UFO sightings of the decade in 2006... and it involved pilots too!

Like I wrote in Boing Boing, this truly *is* a sociological event ;-)

I am still learning about the twilight language phenomenon. Can someone explain how it is used in the movie clip from Close Encounters?