Knights Templars of Norway and Mexico

For Part One, on the Anders Behring Breivik attacks in Norway of July 22, 2011, click and read here.
CNN have written this about the upswelling of Templarism. (Tip of hat to aferrismoon who left the mention attached to another posting not related to this topic, by mistake.) 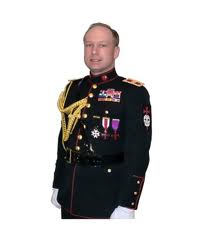 The Washington Post's Elizabeth Flock has highlighted the Knights Templar link to the Norwegian attacks. She writes:

This image of Anders Behring Breivik from a manifesto attributed to him shows Breivik in a uniform with a white and red cross of the Knights Templar. (AP)


In a detailed diary kept by Anders Behring Breivik — the Norwegian man charged with killing at least 94 people in a bombing in Oslo and shooting on a nearby island Friday — the suspect details months of preparations...

Breivik also exhaustively references the Knights Templar, which he calls an “international Christian military order,” that “fights” against “Islamic suppression.”

Monday, it was reported that a Mexican drug ring also invoked the obscure Knights Templar.

The Knights Templar’s earliest function in around 1119 was to protect Christian pilgrims traveling to the Holy Land. The armed group soon became known as the most skilled in the battles to reclaim Jerusalem from the Arabs and racked up several successive victories over Muslim forces.

But by 1303, the knights had been forced out of the Holy Land and returned to western Europe. They fled to France, where they were seen as an armed threat by King Philip the Fair, who had many of them tortured and executed. The king had the support of Pope Clement V, who issued a papal bull that made sure the group was disbanded by 1312.

Since then, rumors of the surviving knights have come and gone, including one rumor that the knights could destroy the Catholic church with a single secret they held.

Breivik says the Christian military order was refounded in 2002 in London under the name PCCTS as an armed “anti-Jihad crusader-organization.”

The Templar are recognizable by white tunics with red crosses, a symbol Breivik put on the front page of his “2083: A European Declaration of Independence,” and emblazoned on homemade uniforms featured on his Facebook page.

Read here for the rest of Flock's blog.
Regarding the Mexican connection, the following is an earlier summary of that news:

Federal police allege that suspect Javier Beltran Arco oversaw murders for the meth-trafficking gang. Beltran Arco is known by the nickname "El Chivo," or The Goat.

A federal police statement said that two suspected cartel lookouts had been detained with Beltran Arco, along with three assault rifles and about two pounds (0.8 kilograms) of methamphetamines.

The gang split off recently from La Familia, a Michoacan-based drug cartel that also uses quasi-religious rhetoric and instructional material.

Also in Michoacan, authorities announced the seizure of 44 metric tons of chemicals used to produce methamphetamine. The material was found at the Lazaro Cardenas seaport in two containers that had been shipped from Shanghai in China.

In the northern Mexico border city of Ciudad Juarez, prosecutors raised Tuesday's total of homicides to 21 from a previously reported 18. That made it the bloodiest day of 2011 so far, surpassing the 20 killings reported Feb. 18.

Ciudad Juarez, which sits across the border from El Paso, Texas, is a sprawling industrial city that has been plagued by violence as rival drug cartels fight over turf and smuggling routes. AP.

For more information on the Knights Templar booklet, robes, and other evidence (shown below) discovered in Mexico, see here. 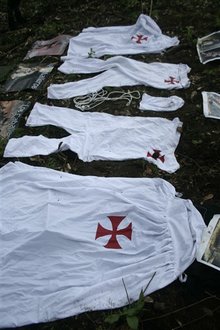 July 14, 2011: White robes with Maltese crosses and Templar Knights paraphernalia are shown to the press when a training camp was discovered after a firefight between Mexican army soldiers and gunmen in the woods near the town of Santa Gertrudis, Mexico. 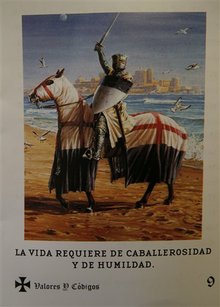 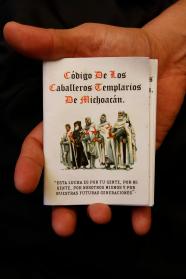 Posted by Loren Coleman at 2:01 PM

There's also an interesting link between the Oslo massacre, the Templars, and a certain videogame named Dragon Age 2. I wrote about it on my blog.