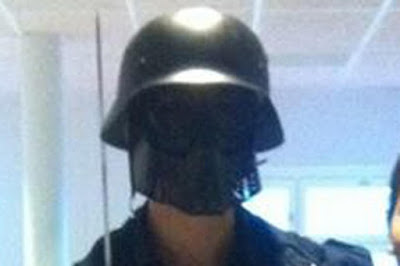 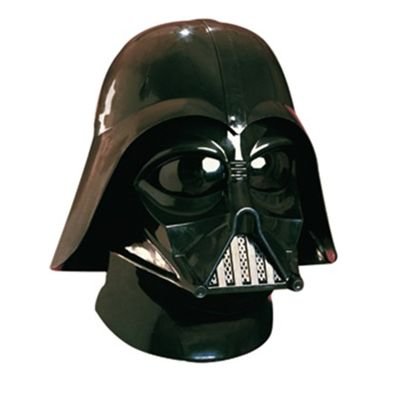 A masked man (in his 20s) with a sword has attacked the Kronan school cafe in Trollhättan, Sweden. One teacher and one young male student are dead. Several students are injured, with at least two originally taken to the hospital. Health officials initially said the two seriously injured students were 11 and 15 years old, but apparently one of those two has died.

The suspect, who is 21 and from Trollhättan, was shot and received medical attention. He later died at the hospital.

The media is reporting the attacker wore a Star Wars mask. USA Today noted: "the perpetrator was wearing a Darth Vader-like mask from Star Wars and that students initially thought it was a Halloween joke. The attacker even posed for pictures with two students before going on a rampage."

At some point during the rampage, he posed for a picture taken by a female pupil who thought the incident was a Halloween stunt, according to Swedish newspaper Aftonbladet. 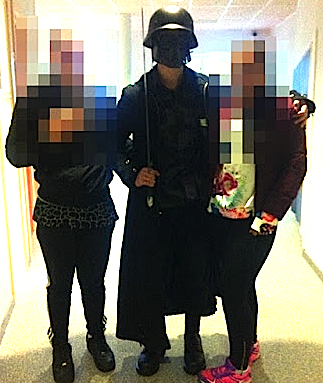 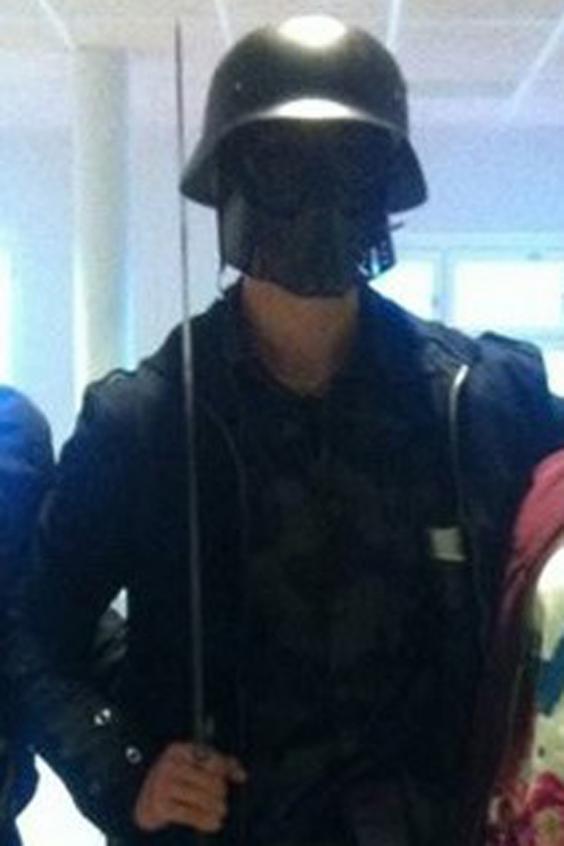 The attacker was holding his weapon, which was covered in blood, but the pupil did not realize the blood was real, she said.

The weapon used was a katana. Historically, katana were one of the traditionally made Japanese swords (日本刀) that were used by the Samurai of feudal Japan.
Local police have confirmed that they are investigating reports that the suspect held far right beliefs.

Marty McFly: Silence, Earthling. My name is Darth Vader. I am an extraterrestrial from the planet Vulcan! ~ Back to the Future (1985), in which the time travel date of significance is October 21, 2015.

School attacks are rare in Sweden. This is the first since a shooting at a school in Kungalv near Gothenburg in 1961, which killed one person and injured six others. 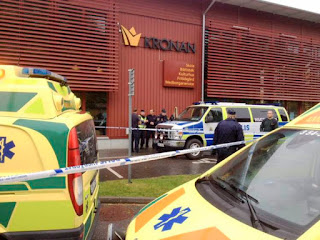 Kronan is Swedish for "king's crown," and the school uses a stylized crown as their symbol. 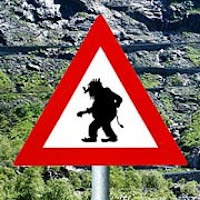 Trolls are generally associated, during our modern era, with Internet mischief makers and small beings. But traditionally, in Scandinava, trolls are ogres who are said to be man-sized to gigantic.

"Some traditions of 'wild men' tell of man-like beings that exceeded human beings in height, but at their greatest heights were not more than around 7 feet tall. We would identify them as Trolls and possible descendants of Neandertals. Descendants of both those distinctive and hairy near-men are known to have survived into recent times." ~ True Giants (Anomalist Books, 2010).

Posted by Loren Coleman at 8:53 AM

Recall in "Back to the Future," that when Marty tries to fool George into believing he is an alien in his bedroom, he says he is "Darth Vader ... from the planet Vulcan."

I mention this because one of the first things Robert Zemeckis and Bob Gale wrote together was an episode of Kolchak: The Night Stalker, an episode called "Chopper," where a headless biker is cutting off his old biker gang buddies' heads off with a sword. I wrote about that episode here: http://www.reddirtreport.com/dust-devil-dreams/neck-down

The Three Stigmata of Palmer Eldritch by Philip Kindred Dick.

Multiple early reports mention the "Star Wars" mask connection but is it a Vader mask ? Noticing the chin in the photo, compared to the Darth Vader mask, the assailant's mask looks more like a "bauta" style Venetian mask. The addition of the militaristic helmet seems to make it look Vader-esque?