One person died and four others were hurt after shooting broke out at a zombie-themed event in Ft. Myers, Florida Saturday, October 17, 2015. When the shooting began, "everyone" began running, those who were there reported.
The shooting happened at about 11:44 p.m. in downtown Fort Myers at a "ZombiCon" event, Fort Myers police said.
Five people in all were shot, and a male died at the scene. The four surviving victims were described as having non-life threatening injuries. A suspect is still at large.
The organizers of the event, billed as "the largest gathering of zombies and those who love them in the state of Florida" said they were "deeply saddened" by the violence.
ZombiCon is a charity event where participants dress up as zombies. It wasn't clear if the shooting involved participants of the event, but organizers said it occurred "within the footprint" of ZombiCon.
"I heard four gun shots and saw the crowd 10 feet in front of me part, and everyone turn and start running," Desere Lee, a student at Florida Gulf State University who was at the event, told NBC News.
Update:
Five victims were injured, and another individual died. 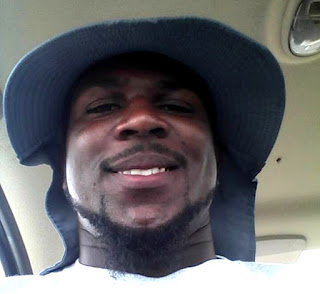 The person killed was identified as Expavious Tyrell Taylor (he used "Tyrell"), 20. He was living with an aunt and a grandmother in Okeechobee. His father died of epilepsy when he was in middle school, and his mother died died of meningitis when he was a junior just before he transferred to Clewiston High School the spring of 2014. He played at Clewiston for a year as a 6-foot-4, 240-pound offensive tackle and defensive tackle on and off as a starter. Taylor was listed on the roster at ASA College (Miami), a junior college in Miami.

From Facebook, Taylor's number with the Tigers appears to have been #66.

I have been unable to translate the original meaning of "Expavious," although it does harken back to a name of a Roman Emperor.


I don't find anything about Roman emperors -- but it seems to be related to the Latin expaveo, meaning "I am afraid" or expavi, "I began to fear." The latter has some odd associations.

Posted by Loren Coleman at 5:42 AM

I don't find anything about Roman emperors -- but it seems to be related to the Latin "expaveo," meaning "I am afraid" or "expavi," "I began to fear." The latter has some odd associations.

I'd translate ex paveo as "out of fear" or "caused by fear".