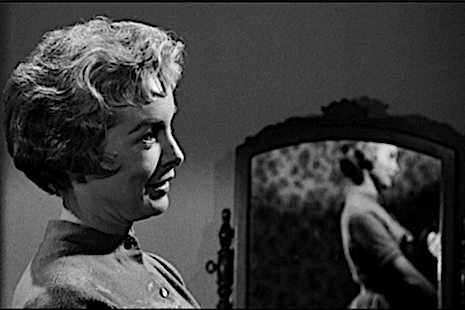 The title to Rodney Ascher's 2012 documentary Room 237 refers to a room in the haunted hotel featured in The Shining, which a character is warned to never enter. But, of course, it means much more than that.


The [Torrance] family* arrives at the [Overlook] hotel on closing day and is given a tour. The chef, Dick Hallorann [played by Scatman Crothers], surprises Danny [Torrance, played by Danny Lloyd] by telepathically offering him ice cream. Dick explains to Danny that he and his grandmother shared this telepathic ability, which he calls "shining." Danny asks if there is anything to be afraid of in the hotel, particularly room 237. Hallorann tells Danny that the hotel has a "shine" to it along with many memories, not all of which are good. He also tells Danny to stay away from room 237.
[*Jack Torrance is played by Jack Nicholson; Wendy Torrance is played by Shelley Duvall.] ~ Wikipedia

Can the "237" phenomenon "shine" beyond Stanley Kubrick's film?

I decided to test this by experimentally taking the random selection of "Frame 237s" from a Alfred Hitchcock film database to see what such an exercise would demonstrate.

As the author of the site "1000 Frames of Hitchcock" notes, it is "an attempt to reduce each of the 52 available major Alfred Hitchcock films down to just 1000 frames. The aim of the project is to create a library of images which can be used to illustrate blog posts, web articles and reviews," and so forth.

So, to be clear, for this random analysis, the 1000 frames are not picked by Alfred Hitchcock nor me, but merely by film researchers who selected them and numbered them using their own criteria as a means to summarize each Hitchcock film. I then found a few examples of the frames numbered "237." I used the "Frame 237s" that popped to the top of my Google image search, without any discrimination against one film over another.

Obviously, Hitchcock was a great filmmaker and his motion pictures have a certain style, but it was rather intriguing that these "237s" tend to be rather reflective. Is it a theme of what these "237s" reveal? 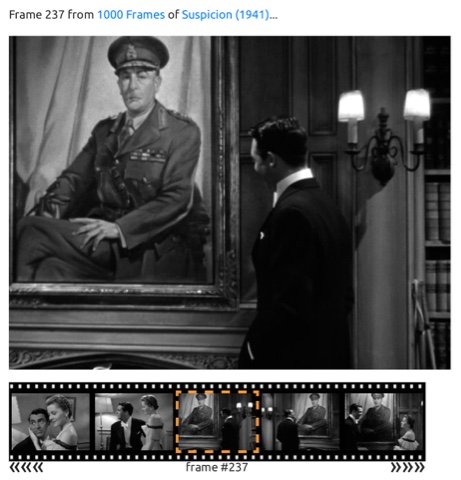 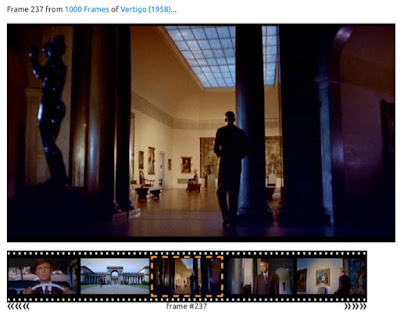 Reflecting on where the characters are headed... 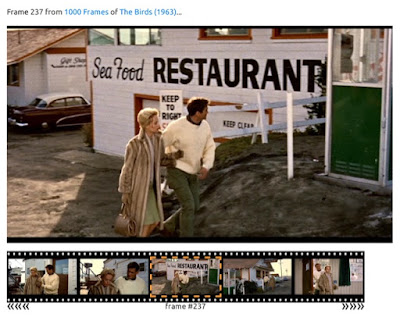 Reflecting what someone else is thinking, saying, or indicating... 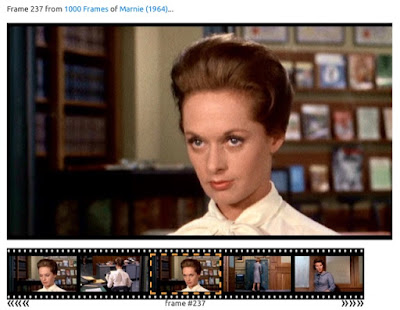 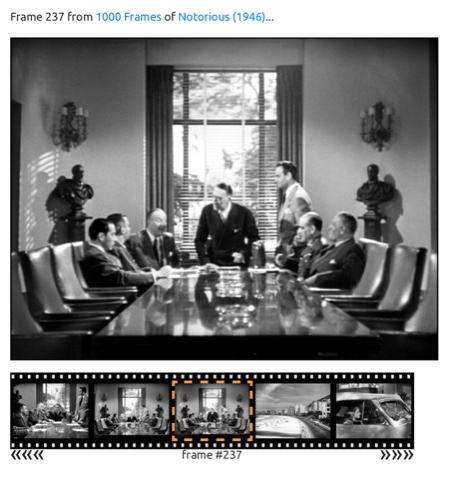 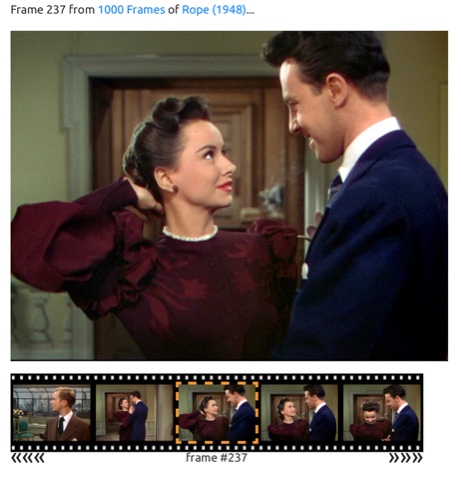 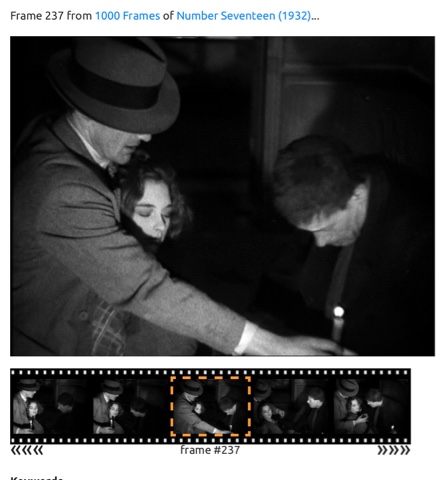 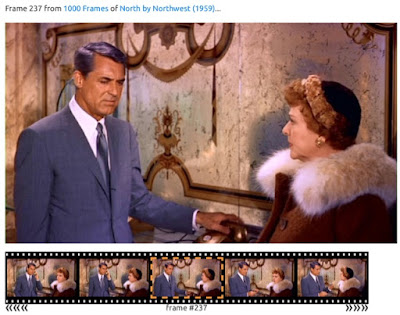 Having the viewer reflecting on the scene, from a distance... 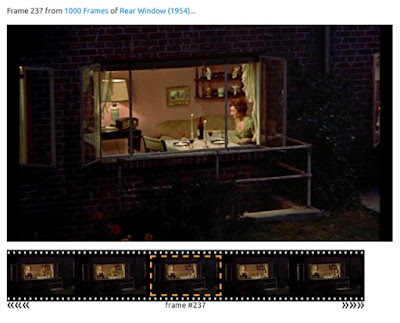 In one dramatic instance, making the reflection overt, via a mirror... 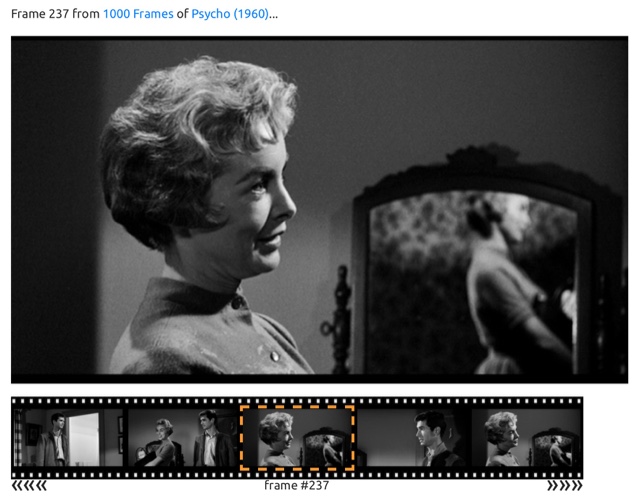 What do you think? What's your thoughts while reflecting on these frames?

Other postings on Cryptokubrology and 237: 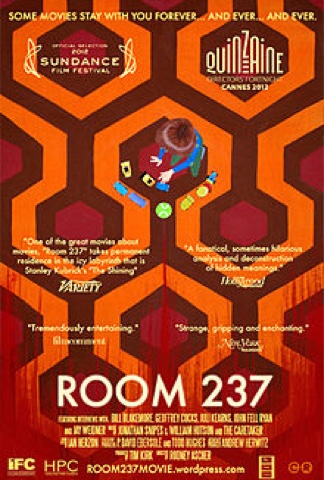 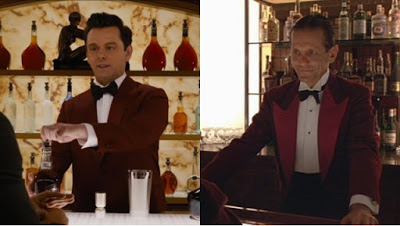 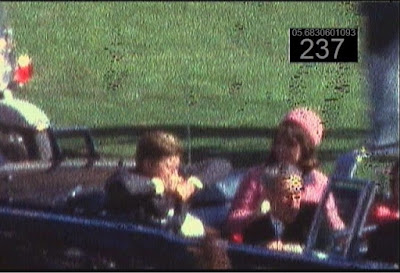 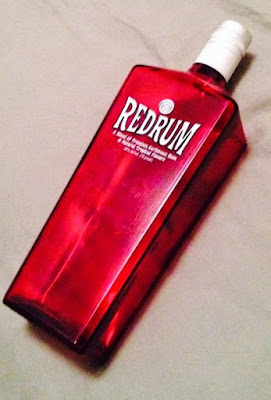 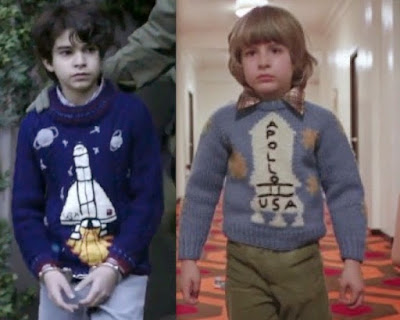 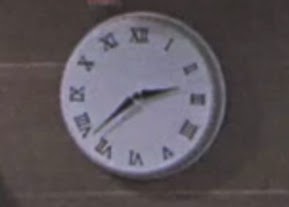 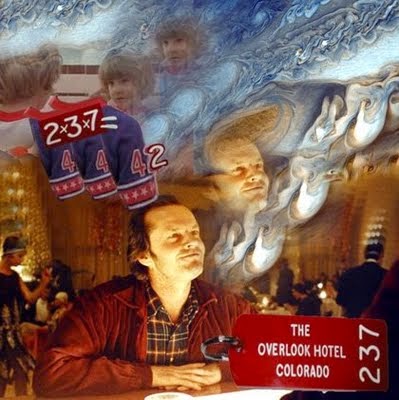 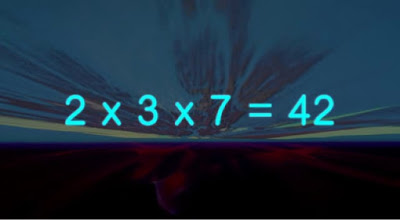 Remarkable. The first three digits on my car's license plate are "237." I do see it pretty much all the time. This idea of the 237 frames and "reflections" resonates with me, because of the "mirror" aspect of my life. I wrote about it here: http://www.reddirtreport.com/dust-devil-dreams/bowling-green-life-changing-jackpots