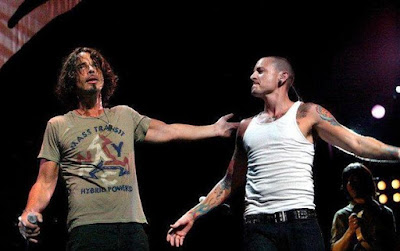 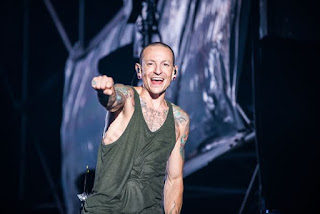 Chester Bennington, the frontman for Linkin Park, has died of an apparent suicide by hanging at his home in Palos Verdes Estates, California. His body was discovered around 9 a.m. PST on July 20, 2017. His style of music is often called "post-grunge."

July 20th is the birthday of Chris Cornell, who was born on July 20, 1964, in Seattle, Washington. Around 12:15 a.m. on May 18, 2017, Cornell was found dead - by hanging - by his bodyguard in the bathroom of his room at the MGM Grand in Detroit after performing at a show with Soundgarden at the Fox Theatre on May 17. Cornell was the founder and frontman for Temple of the Dog. Chris Cornell toured with Linkin Park in 2007 and 2008.

Chester Charles Bennington (March 20, 1976 – July 20, 2017) was an American singer and songwriter best known as primarily the lead vocalist for the rock band Linkin Park. He was also the lead singer for Dead by Sunrise and fronted Stone Temple Pilots from 2013 to 2015.

Scott Richard Weiland (born Scott Richard Kline on October 27, 1967), lead singer of the Stone Temple Pilots, died of an apparent cocaine overdose on December 3, 2015. Weiland was found dead on his tour bus in Bloomington, Minnesota, before he and his band The Wildabouts were scheduled to go on stage. He was 48.

Chester Bennington first gained prominence as a vocalist following the release of Linkin Park's debut album, Hybrid Theory, in 2000, which became a commercial success. The album was certified Diamond by the Recording Industry Association of America in 2005, making it the best-selling debut album of the decade, as well as one of the few albums to ever hit that many sales. Linkin Park's following studio albums, Meteora (2003), Minutes to Midnight (2007), A Thousand Suns (2010), Living Things (2012), and The Hunting Party (2014), continued the band's success. Bennington formed his own band, Dead by Sunrise, as a side project in 2005. The band's debut album, Out of Ashes, was released on October 13, 2009. He worked on new material with Stone Temple Pilots in 2013 to release the EP High Rise on October 8, 2013 via their own record label, Play Pen. Bennington has been ranked in the Top 100 Heavy Metal Vocalists by Hit Parader (No. 46).
Regarding the tragic news of Bennington's hanging suicide on Cornell's birthday, William Morgan writes: "You totally called that...."
Bennington struck the Jesus Christ pose recently, in his appearances. For example, after a decade's absence from Prague (where their Numb video was recorded), Linkin Park performed June 11, 2017, at Prague's Aerodrome Festival. 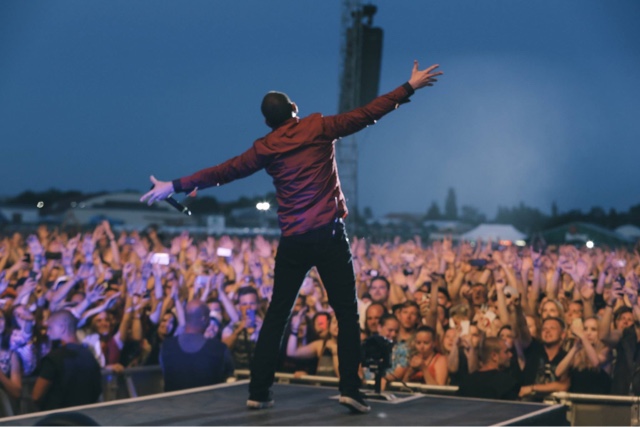 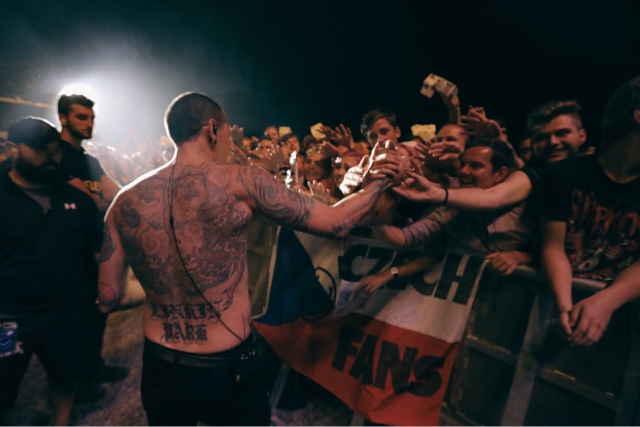 Fans who missed the Czech concert are noting on social media they are "numb" because they will never be able to catch Chester Bennington singing in Prague again.
Just for completeness, here's the Illuminati material: 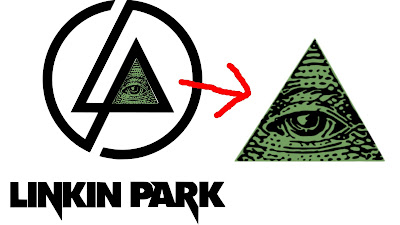 Some have linked Linkin Park to Illuminati Symbolism (see here).

Posted by Loren Coleman at 4:45 PM