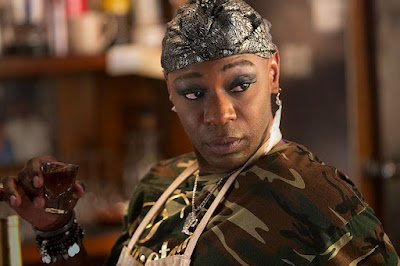 He was well known for his role as Lafayette Reynolds in the HBO series True Blood, which he played from 2008 until the series' completion in 2014, and for starring as Bobby Byrd in the 2014 James Brown biopic Get on Up.

One reader wrote in, saying:


Fayette Factor alert on 7.8.17 as Nelsan Ellis who played fan-favorite "Lafayette" on HBO's True Blood passed away prematurely. Ellis' character was probably the most famous "Lafayette" in popular culture. The character was a cross dresser and this death continues the strange trend of the deaths of high-profile "gender bent" entertainers (Prince, Bowie, etc.) . ~ Gene Green.

Ellis played a role, of a trans-dressing man, Lafayette, but Nelsan Ellis was not gay; he was married to a woman despite constant rumors that he was gay. He also has two children, a son and a newborn daughter.

Ellis died at the age of 39 on July 8, 2017, in Los Angeles, California, after complications from heart failure.

For more on the Fayette Factor, see here. 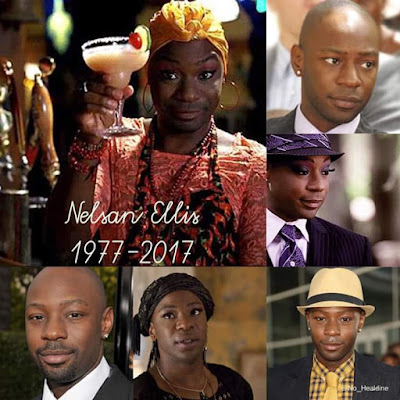 Posted by Loren Coleman at 4:15 PM