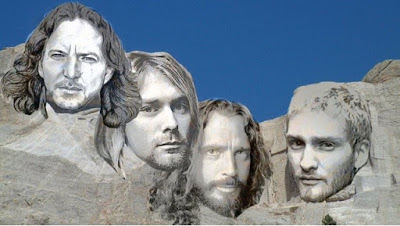 The copycatting among Grunge musicians appears to have extended into the future as evidenced by Chester Bennington picking Chris Cornell's birthday to kill himself by hanging. Bennington reinforced the dark interaction with a repeat similar patterns found in Cornell's suicide. 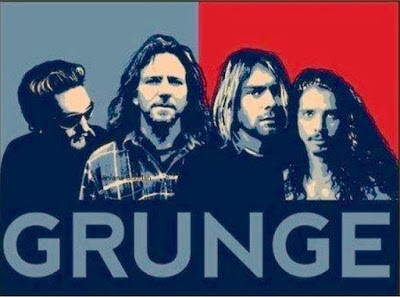 The field of suicidology (the scientific study of suicidal behaviour and suicide prevention) encompasses overt methods that result in death by suicide, as well as parasuicidal deaths, such as drug overdoses.

In the examination of copycat suicides, the line between suicides and parasuicdes is often quite thin. Or blurred.

Prevention and prediction, based on the anniversary syndrome, are intermingled. And I have done both.*

As we examine the linkages between the much discussed recent untimely death of Chris Bennington and others, we see a direct connecting of the dots. Even the mainstream music media is catching on to what's going on. 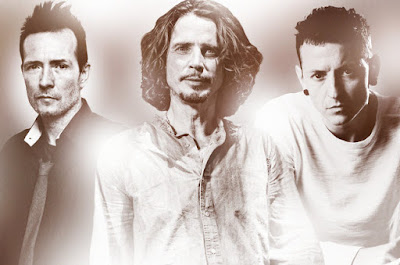 
Stone Temple Pilots singer Scott Weiland, Dec. 3, 2015. Soundgarden, Audioslave and Temple of the Dog frontman and solo artist Chris Cornell, May 18, 2017. And now Chester Bennington, singer of Linkin Park, on July 20, 2017 – found dead at 41 on his late friend Cornell’s birthday. In just over 18 months, three singers who helped define a generation of the hard rock sound, who were tied together artistically and personally, have succumbed to the very emotional pain that fueled their music and sold millions of albums over a 30-year-long period. ~ William Goodman, Billboard, July 21, 2017.

Chester Bennington, a member of the band Linkin Park, which has been called "post-grunge" by the media, was inspired and copycatted Chris Cornell. He copied the Jesus Christ Pose in his performances, and even his pug. Bennington sang at Cornell's memorial tribute. He copied the method of suicide (hanging), picked Cornell's birthday to die, and even used the same hanging location (a door between the bedroom and bathroom). The modeling ran deep. 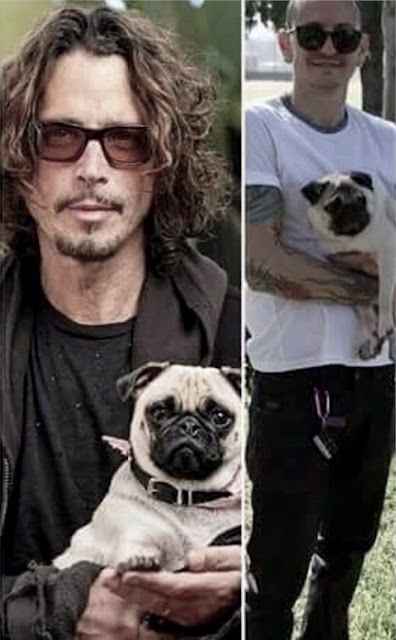 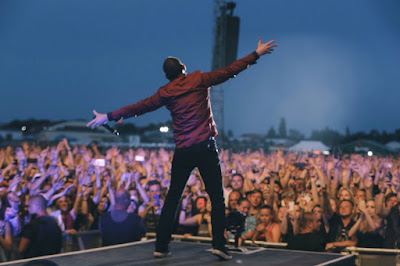 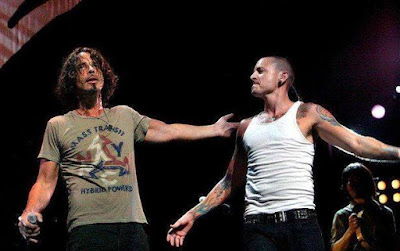 This is actually a dangerous time for "Grunge suicides."

Jason Barrera wrote: "Ian Curtis hanged himself listening to Iggy Pop's The Idiot. Chester Bennington died the day before Lana Del Rey released Lust for Life, named after the other Iggy Pop album released in 1977 and the biography of another artist who famously killed himself."

On 27 July 1890, aged 37, Van Gogh shot himself in the chest with a 7mm Lefaucheux à broche revolver. There were no witnesses and he died 30 hours after the incident.

In 1934 the novelist Irving Stone published an account of Van Gogh's life titled Lust for Life, based on Van Gogh's letters to Theo. This book and the 1956 film of the same name further enhanced his fame. Now we know albums are given this name for a deeper reason.

As noted, Chester Bennington of Linkin Park chose Chris Cornell's birth date, July 20, in 2017, to die by hanging. The choice of dates is purposeful. These people are all interconnected.

Is there another important date waiting in the wings?

August 22 is the birth date of Layne Staley, a member of Alice in Chains, Mad Season, Class of '99, Alice N' Chains, and Sleze. April 5 in 1994 was the day that Kurt Cobain, died by suicide. Layne Staley made his exit via the parasuicidal method of a drug overdose on April 5, 2002, the anniversary date of Cobain's suicide; a day after former Alice in Chains bass player Mike Starr's birthday.

Layne's body was not found until April 19th. An informal memorial was held for Staley on the night of April 20, 2002, at the Seattle Center, which was attended by at least 1000 fans and friends, including Mike Starr and Soundgarden frontman Chris Cornell.

Do people remember Layne Staley's birthday? Yes they do. Eddie Vedder paid tribute to Staley during a Pearl Jam concert in Chicago on August 22, 2016, which would be Staley's 49th birthday; “It’s the birthday of a guy called Layne Staley tonight, and we’re thinking of him tonight too. 49 years old," Vedder told the crowd before dedicating the song Man of the Hour to his late friend. 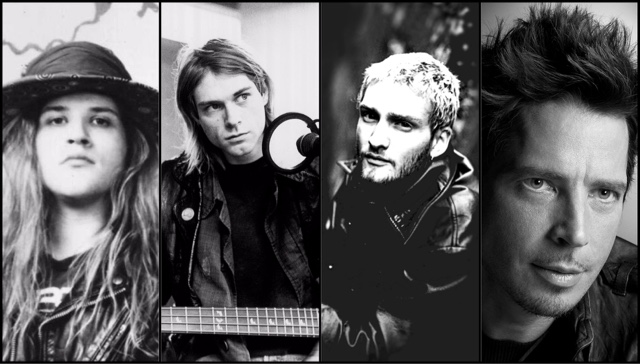 Could August 22 be an anniversary date of some note to those in the Grunge and post-Grunge communities?

People are not paying enough attention to this phenomenon and reaching out to the musicians about the prevention of their suicides.

Suicides of Notable Musicians by Hanging


++++
*Footnote: My assessment of a variety of factors are a key in predicting human behavior. There is nothing psychic nor magical about it. This was discussed greatly about the Aurora, Colorado/Dark Knight Rises shooting. See Dangerous Minds. And a list of 14 predictions.

I foresaw, after Chris Cornell died, that another would die by hanging.  Synchromystic documentary producer Will Morgan pointed out a deeper level of my forecast, the evening of Chester Bennington's suicide:

Will Morgan You may have made this point.... And I just unconsciously absorbed it to regurgitate now... But, that makes twice that one of your predictions came true coincidentally on the same DATE! Correct me if I'm wrong but 7/20 was the anniversary of Aurora.

Posted by Loren Coleman at 4:03 PM

I find it interesting that for people not into this type of music, both of their names would be familiar to the general public for famous colleges in the Northeast, Cornell University in New York and Bennington College in Vermont. Bennington, in Bennington, is part of the Bennington Triangle, with mysterious disappearances, and there's a mysterious disappearance in Ithaca, too---http://www.ithaca.com/news/local_news/still-a-mystery/article_460bddfa-2a56-570b-9bff-bdd3923543a1.html