A sitting United States senator apparently was assaulted while mowing his lawn by a neighbor.

Where it happened: Warren County, Kentucky.

Warren County became the 23rd county of Kentucky in 1796, from a section of Logan County. It was named after General Joseph Warren of the Revolutionary War. He dispatched William Dawes and Paul Revere on their famous midnight ride to warn residents of the approaching British troops. He was also a hero of the Battle of Bunker Hill, Charlestown, Massachusetts.

The subject of the attack: Rand Paul. 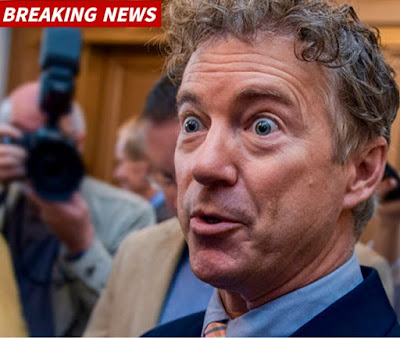 That TMZ would use the above image of Senator Rand Paul to accompany the story of the attack against him, even if allegedly taken from the news conference about the assault, appears to be a form of visual editorializing. 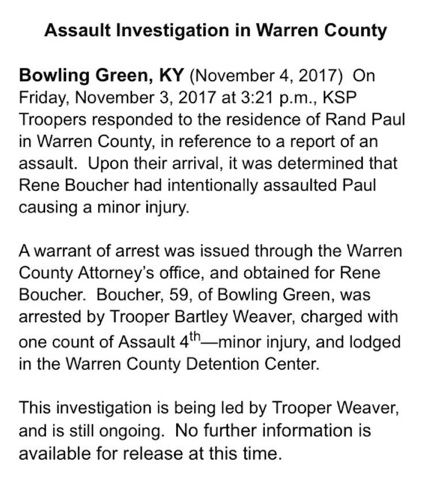 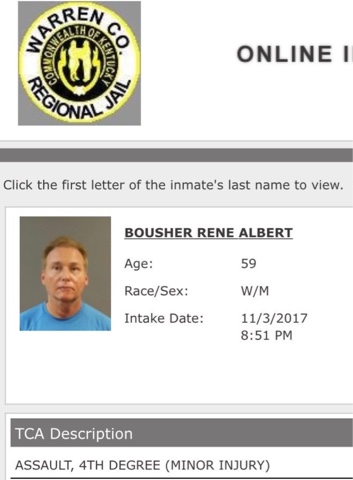