It often takes time to learn who passes away on a certain date. Generally noticed, of course, are the more famous, well-known, and/or notorious people, about whom we learn the quickest. Virtually immediately the media tells the world about those deaths, as they are usually framed as "celebrities." 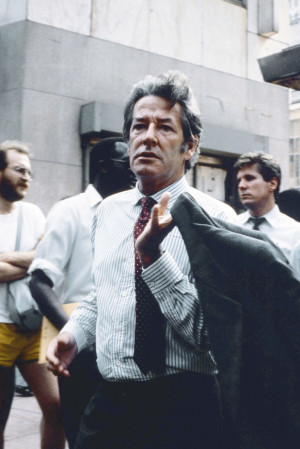 One such individual, called a "New York tabloid news legend" and "the heart of New York Post" by the media, died on Monday, June 24, 2019: Steve Dunleavy. He passed away at his Long Island, New York home. At 81, having retired in 2008, one might feel his death was expected. But it was not.

His son Sean Dunleavy told the New York Daily News on Monday, "It just was very sudden. But he was home, it was peaceful. But we don’t know what the cause of death was." 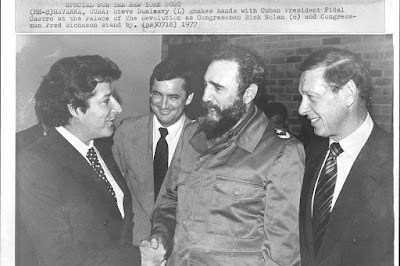 Steve Dunleavy was a member of the world's stage.

Stephen Francis Patrick Aloysius Dunleavy (January 21, 1938 – June 24, 2019) was born in Sydney, Australia on January 21, 1938, grew up to be a journalist in Australia at The Sun and The Daily Mirror, then became best known as a columnist for the New York Post from 1976 to 2008, after Rupert Murdoch purchased the group that owned the paper. He was a lead reporter on the tabloid television program A Current Affair in the 1980s and 1990s. 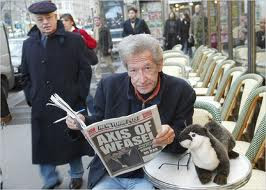 His reality television and tabloid newspaper reporting focussed on some rather infamous cases, including interviews and stories with the mother of Sirhan Sirhan, Robert F. Kennedy’s assassin, and the confessed “Boston Strangler” Albert DeSalvo, about the Beltway Snipers, with the "Son of Sam" victim families, and with Elvis Presley’s “Memphis Mafia” bodyguards. 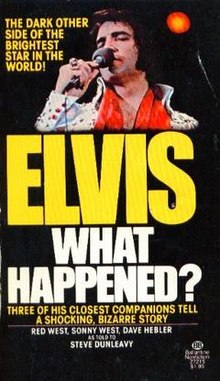 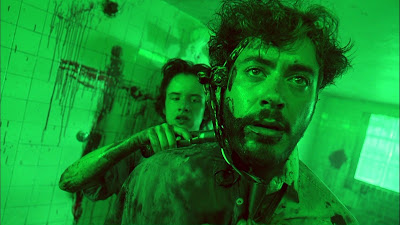 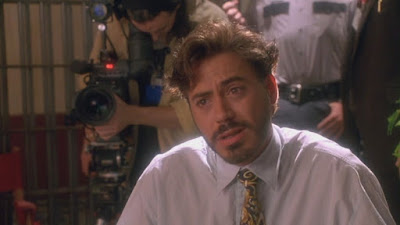 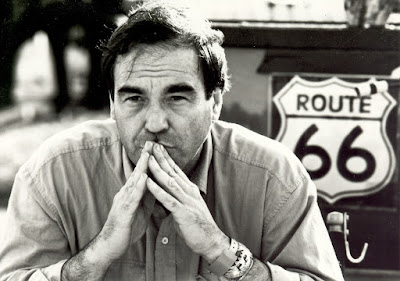 Dunleavy's irreverent shock-jock style was the model for actor Robert Downey Jr.'s performance as "Wayne Gale" in Oliver Stone's film Natural Born Killers. Downey spent time with Dunleavy as part of preparing for the role. Dunleavy is credited on IMDb for his reality work, as well as an actor, known for The Preppie Murder (1989),  So I Married an Axe Murderer (1993), and The Vampire Project (1995). (Are there Cryptokubrulogy links here?)

While working on the New York Post and A Current Affair, Steve Dunleavy was surrounded by an atmosphere that included Elvis' obsession with UFOs in Elvis: What Happened?, of course. Dunleavy apparently was regaled about Elvis's alleged dealings with extraterrestrials, including a bright blue UFO witnessed by his father, Vernon, the night baby Elvis was born. Elvis was also said to have had been contacted by two “alien beings.” Elvis was a firm believer in UFOs and claimed to have seen them on many occasions.

But what of Steve Dunleavy? As it turns out, Dunleavy is the #23rd eyewitness claimed for a very famous UFO incident. Dunleavy was part of UFO history.

One of the most debated, discussed, and famous UFO abduction cases is the Linda Cortile incident.

The abstract of the event begins thusly,


On Thursday, November 30, 1989, at 3:15 a.m., New York City resident Linda Cortile was reportedly abducted by aliens from her 12th story apartment on the lower east side of Manhattan. Five aliens allegedly came into her bedroom while she was still awake. They paralyzed her and moved her into her living room. Linda and three of the five aliens were then floated out through her living room window in fetal positions, directly through the regulation window fence guard. The other two aliens appeared to have remained in her apartment until she was returned. (For the rest, see here.)

As Sean F. Meets notes in his website on the case, "In the Linda Cortile UFO abduction case there are 23 witnesses that are on the public record."
At the end of the list, you will find this:

Witness #23 - Reporter Steve Dunleavy (Late 2002)
The twenty-third witness to Linda's case was Steve Dunleavy, an investigative reporter for the New York Post. Dunleavy was an independent, firsthand eyewitness to the procession of limousines along South Street during the November 30, 1989 UFO abduction. His addition as a witness came in Late 2002 when Yancy Spence phoned him to see what Dunleavy recollected about the November 30, 1989 UFO abduction incident.

In the comments below, a person wrote, "Mr. Dunleavy was not just a witness,he was a participant in the abduction. He was taken from the upstairs bar at the South St Dinner at 3:15 and returned at 3:55 along with three other coworkers who were taken as well. They all had physical traces on their bodies from the abduction." 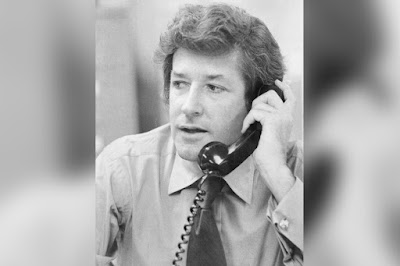 Intriguing, in the midst of the debunking and defensive of the Linda Cortile case, we find skeptic George Hansen versus ufological intellectual Jerome Clark. On October 24, 1992, Clark issued a rebuttal entitled, "The Politics of Torquemada; or, Earth Calling Hansen's Planet." Clark was responding to Hansen's October 12, 1992 memo to Budd Hopkins, Walt Andrus, John Mack, David Jacobs, and Jerome Clark.

And so too are gone these defenders of the Linda Cortile incident challenged by George Hansen:

Motorola manager and founder of the Mutual UFO Network Walt Andrus died on Wednesday, September 16, 2015, in Cibolo, Texas.
Posted by Loren Coleman at 10:41 AM

Mr. Dunleavy was not just a witness,he was a participant in the abduction.
He was taken from the upstairs bar at the South St Dinner at 3:15 and returned at 3:55 along with three other coworkers who were taken as well.
They all had physical traces on their bodies from the abduction.