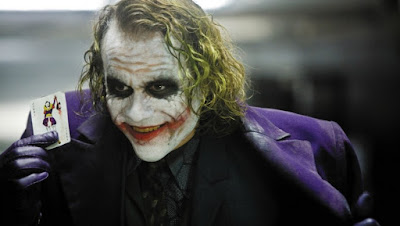 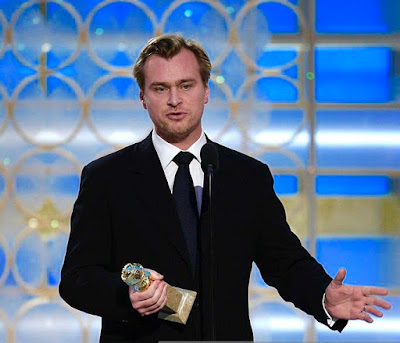 “The overt pregnancy of the Golden Globes ceremony [was shown via] their 66th and 77th awards given both to players of The Fool or Joker.”‬ ~ Anita Ladaprarez 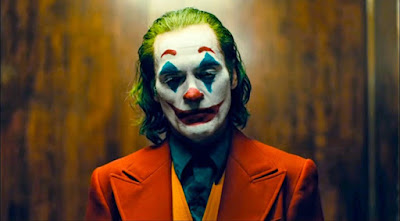 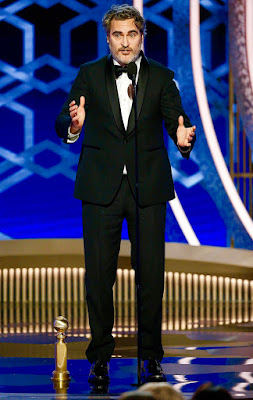 This occurred through the Golden Globes awards given to Heath ‪Ledger in The Dark Knight (2008) and Joaquin Phoenix in Joker (2019).

Of course, the other fool in the background...Charles Manson...was shown via the script win for Once Upon A Time...In Hollywood. 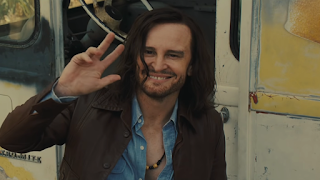 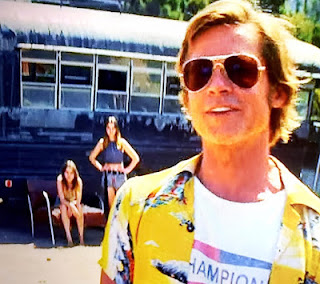 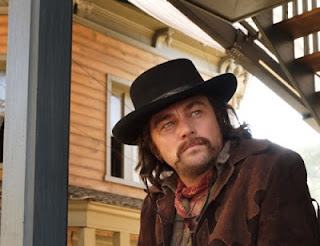 #Cryptokubrology ‬
Posted by Loren Coleman at 11:19 AM

This year's Golden Globes were notable also for the host's jokes.

You mean his approved script.

This post is about the 'Joker Awards'. Leaving out the one thing that dominated social media and fueled water cooler chit chat the following day, is not looking at the fuller picture: The Joker Awards made people laugh.

With regard to 'his approved script', I'm sure it was: Ricky Gervais approved it; he wrote it. I know I approved of it. Jonathan Pryce, not so much. Weirdly, a friend and I have been 'remote viewing' Terry Gilliam movies together, so I've seen him quite a bit over the last few days...