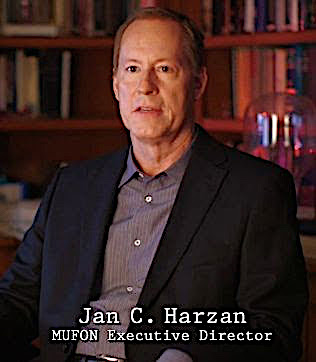 The executive director of the Mutual UFO Network, one of the oldest UFO research organizations in the United States, has been arrested on charges of soliciting a minor “for the purpose of engaging in sexual activity,” according to police. Jan Harzan, who has headed MUFON since 2013, is accused of soliciting “sexual activity from a detective he believed was a 13-year-old girl,” according to a release from the Huntington Beach, CA police department. VICE 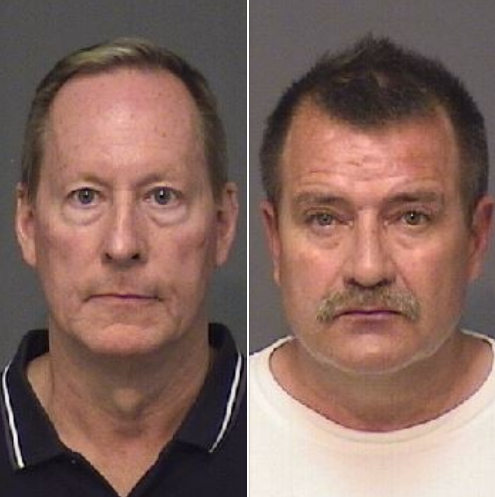 Jan C. Harzan is listed as the Executive Director of the Mutual UFO Network.

"MUFON is currently headquartered in Irvine, California, under the direction of Jan Harzan, with chapters in every U.S. state. The organization claims to have more than 4,000 members worldwide, with a majority of its membership base situated in the continental United States." Wikipedia 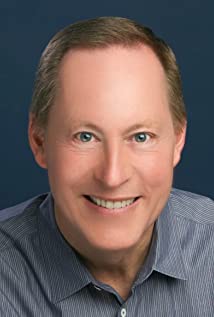 The photograph of Jan C. Harzan on IMDb. 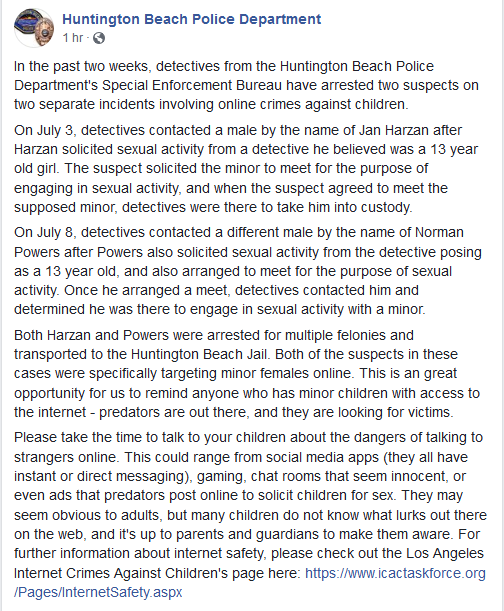 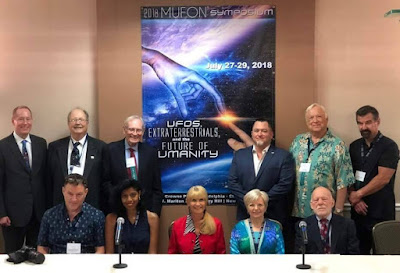 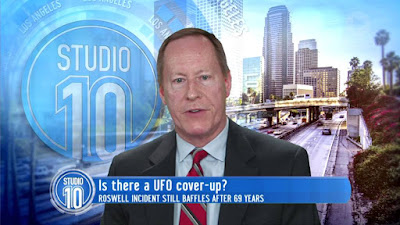 MUFON’s role in the UFO world is massive. The organization was founded in 1969 in Quincy, Illinois to track citizen sightings of UFOs; they claim to still hold the world’s “largest and most detailed database of UFO sightings.” The organization has worked closely with government contractors, including Bigelow Aerospace, which received money from the federal government to investigate unidentified aerial phenomena. According to documents reviewed by Motherboard, Bigelow Aerospace paid MUFON to make technical reports on characteristics often described in UFO incidents. Bigelow Aerospace also offered MUFON funding to put together the STAR Team, a UFO investigation team that could be on site within 24 to 48 hours of a UFO incident.

According to the organization's website, Harzan is a former IBM engineer who, when he was a kid, was "visited by a real UFO, no more than thirty feet from [his brother and him], with no visible means of propulsion other than making a humming noise, before shooting off over the horizon. This event profoundly changed their lives." 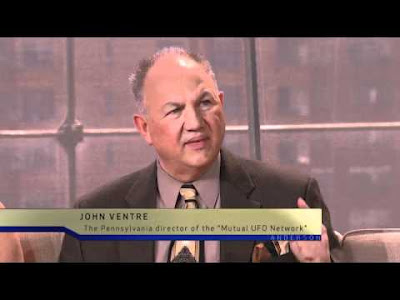 In 2018 a former MUFON state director, John Ventre, made racist comments about African Americans on his personal Facebook page. Stating that white Americans were experiencing a “white genocide.” Jan Harzan did not condemn Ventre but instead expressed his concern for "the new social media world we now live in" and stated everyone should engage in open dialogue by writing, "There is no justice in hate, no matter what side of the fence you are on. On that we can all agree." MUFON eventually withdrew Harzan’s comments from its website and Ventre was removed from his position when public pressure mounted.

Last month, Ken Pfeifer, head of MUFON Rhode Island, posted racist memes and comments on Facebook last month during the height of the Black Lives Matter protests. “HOLY SHIT….I WOULD OF PICKED THEIR COTTON FOR THEM….IF I THOUGHT IT WOULD END THIS BLM RACIST MADNESS.”

Chris Cogswell, MUFON’s former Director of Research, who left because of what he said was a racist culture at the organization, said “the main leadership levels of MUFON have been problematic for a number of years, and provides essentially nothing to the individual chapters which are for the most part run by decent, intelligent, and caring members of their communities. Although everyone is entitled to the assumption of innocence until proven guilty, this is a heinous charge. I cannot foresee any possibility of MUFON continuing, but hope the individual chapters can put their time and energy into an organization that will benefit them as much as they benefit it." Source. 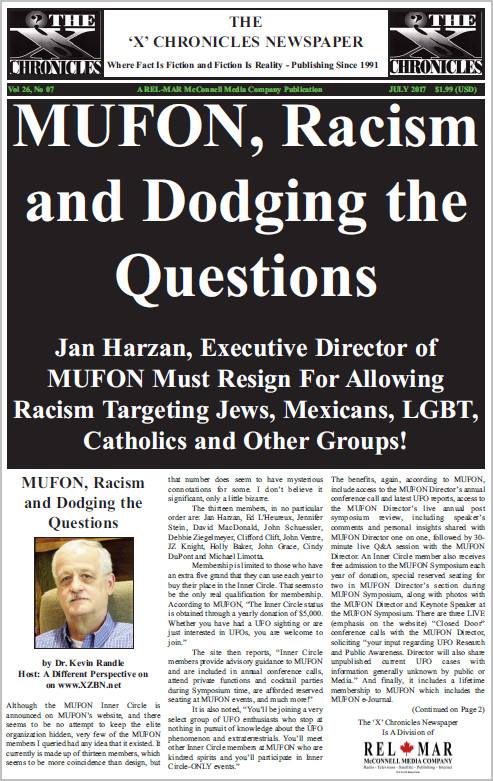 Posted by Loren Coleman at 5:29 PM

MUFON on the Move said...

MUFON’s Executive Director has been arrested on child solicitation charges. We’re stunned. This does not seem In line at all with the person we worked with years ago. If true, my heart goes out to the rest of the Board, John Schuessler, leaders and all of the MUFON investigators who have spent an enormous amount of their own time, money and efforts in the pursuit of information relating to the UFO phenomenon. Their mission remains the same and their work should continue. Vicki LeBlanc