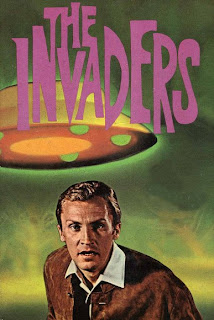 Director Larry Cohen, the man who created "The Invaders," has paid tribute to his sister, publicist Ronni Chasen, who was shot dead in Los Angeles on Tuesday 16 November 2010. The public relations mogul was shot multiple times while driving her Mercedes-Benz through Beverly Hills on her way home from the premiere of Cher and Christina Aguilera's new film Burlesque. 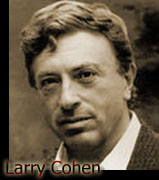 Her brother Cohen says, "She was my sister and best friend and we shared so many wonderful times together. Ronni was a loving and caring person who treated her clients like they were her own family." 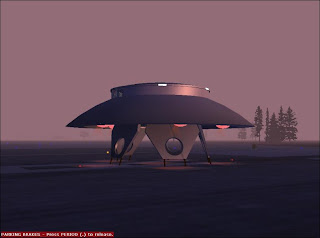 Film composer Hans Zimmer, who was also a client of Chasen, added, "I'm profoundly sad, devastated, mad, incredulous and lonely. She was radiant. She knew everybody in the room. She took Chris Nolan over to the next table and introduced him to George Lucas. I was watching her (and) standing there listening to them and I thought, 'There's my friend Ronni, introducing two great directors to each other. She's on top of her game.'" 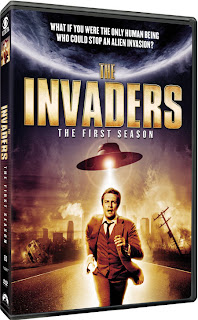 Lawrence G. "Larry" Cohen (born July 15, 1941) is an American film producer, director, and screenwriter. Although he writes and produces for others, he is best known for directing his own low-budget, satirical, and inventive horror films and thrillers that are laced with scathing social commentary about modern American society.
Cohen was born in Kingston, New York, USA. Cohen moved to the Riverdale section of the Bronx at an early age, eventually majoring in film at the City College of New York. He started his career in television, writing on many shows and creating the cult classics "Branded" and "The Invaders."

He wrote, produced, and directed his first feature film, Bone, in 1972. He came to prominence with It's Alive (1974), a horror film about a mutant killer baby. Though cheaply produced, it is notable for its satirical black humor (the hero's son slaughters the medical staff at birth) and for its exploration of the parents’ dilemma: the hero, who has fathered one of the creatures, at first disowns it but later tries to protect it despite its obvious anti-social tendencies. It's Alive is also noted for being scored by Bernard Herrmann. Cohen made two sequels, It Lives Again (1978) and It's Alive III: Island of the Alive (1987).

Cohen's films are full of quotable dialogue. In Full-Moon High (1981), a teenage werewolf puts off his girlfriend's advances with the excuse that it's “his time of the month.” In Q (aka The Winged Serpent, 1982), the Aztec god Quetzalcoatl is resurrected and flies about New York City snatching human sacrifices off the skyscrapers. Cohen was able to employ the talents of Michael Moriarty, David Carradine, and Candy Clark, and the film is one of his most sophisticated, but it still manages to include such lines as “Maybe his head got loose and fell off.” and "I want a Nixon-type pardon!" The Stuff(1985) concerns a parasitic goo from beneath the Earth's crust that manages to get itself marketed as a dessert. The film's hero announces proudly at the beginning, "Nobody could be as dumb as I appear," and later delivers the maxim that "everybody has to eat shaving cream once in a while."

Perhaps Cohen’s most complex film, as well as his darkest, is God Told Me To (a.k.a. Demon, 1976), in which a troubled Catholic detective is faced with an epidemic of murders carried out by apparently normal people who claim, with quiet satisfaction, that God told them to do it. The film mixes science fiction and horror with religious satire.
In 1987, Cohen made an unofficial sequel to Stephen King's 'Salem's Lot. With typical chutzpah, Cohen threw out all of King’s characters and kept only the basic premise of a small American town inhabited by vampires. A Return to Salem's Lot starred Michael Moriarty (a Cohen regular) and Samuel Fuller, and satirizes small-town snobbery and hypocrisy: a little old woman vampire refers coyly to her drinking problem while the evil king vampire is shown to be, at bottom, little more than a rather nasty conservative politician.

Besides monster movies, Cohen has also made thrillers such as The Private Files of J. Edgar Hoover (1977), which portrays the FBI chief as a sexually repressed and paranoid megalomaniac. Ronni Chasen worked on that movie as the publicist.  Cohen also made Special Effects (1984), the twisted tale of a policeman, a murderous film director, and the woman who gets turned into the double of his leading lady; and The Ambulance (1990), a Hitchcock-style entertainment in which Eric Roberts investigates the sudden disappearance of a young woman.

Because of their frequently hurried guerrilla production style and their bargain-basement budgets, Cohen's films are sometimes murkily shot or messily edited, but Cohen’s freewheeling approach (and complete independence from studio interference) enables him to attack a number of satirical targets that often get off lightly in the mainstream—for example, ruthless food companies in The Stuff. In the third film of the Alive trilogy, Cohen even manages to work in some telling swipes against the American demonization of Cuba.
Cohen was influenced by director Samuel Fuller and now lives in a house formerly owned by Mr. Fuller. In recent years, Cohen has curtailed his directing and producing activities, and has focused mainly on writing. His work was primarily for low-budget films and television until 1998, when Cohen's spec script Phone Booth triggered active interest and aggressive bidding from major Hollywood players. Joel Schumacher directed the resulting 2002 film, which starred Colin Farrell. Cohen was also credited with the story for the 2004 release Cellular, another thriller with a telecommunications theme. However, in 2006, Cohen returned to directing briefly with the episode “Pick Me Up” of the Showtime series Masters of Horror.

In 2003, Cohen, together with production partner Martin Poll was at the center of a lawsuit against 20th Century Fox, claiming the company had intentionally plagiarized a script of theirs titled Cast of Characters in order to create the Sean Connery-starring League of Extraordinary Gentlemen film in 2003. According to the BBC, the lawsuit alleged "that Mr Cohen and Mr Poll pitched the idea to Fox several times between 1993 and 1996, under the name Cast of Characters."

The League of Extraordinary Gentlemen was an adaptation of the 1999 published comic book series by Alan Moore and artist Kevin O'Neill. The lawsuit alleged that Fox had solicited the comics series The League of Extraordinary Gentlemen from Moore as a smokescreen for its intent to produce a movie plagiarizing Cast of Characters. It also claimed that both films shared similar public domain characters, including Tom Sawyer and Dorian Gray, characters who did not appear in the comic book series. Although Fox dismissed the lawsuit as "absurd nonsense," the case was ultimately settled out-of-court, a decision that Moore, according to the New York Times "took...as an especially bitter blow, believing that he had been denied the chance to exonerate himself."


Police have launched an investigation into Ronni Chasen's death.  No new leads have surfaced.

"She worked with us on every picture we made since The Verdict and has been a loving and dear friend for so many years," said producer Richard Zanuck, who won the Oscar for "Driving Miss Daisy' along with his wife, Lili Fini Zanuck. "To think of not being able to get her on the other line of the phone is unimaginable.

"She was the best publicist in the business in our opinion whose tireless and determined energy combined with her love of movies made her one of a very special breed. We can't tell you how much we will miss her."

"I had the extreme pleasure of working with Ronni on Driving Miss Daisy," Freeman said. "We've been friends ever since. She is someone I greatly admired and she will be remembered."

She later moved to Los Angeles and was head of publicity for American International Pictures.

What? What? What a terrible murder. It is strange that there is no word about suspects, or the direction of the investigation. Everyone who comments says a lot about her, but nothing about the crime. They do not indicate whether it is a random killing, or if she was under threat, or anything.

"Perhaps Cohen’s most complex film, as well as his darkest, is God Told Me To (a.k.a. Demon, 1976), in which a troubled Catholic detective is faced with an epidemic of murders carried out by apparently normal people who claim, with quiet satisfaction, that God told them to do it. The film mixes science fiction and horror with religious satire."


dangerous to satirize something you dont understand

"cohen" of course a levitical cognate, and this incident is part of both the michael brea and stephen cowan, uh, plotlines

"Police have launched an investigation into Ronni Chasen's death. No new leads have surfaced."

why dont y'all arrest him again, see how that works out?