Killed With A Masonic Sword 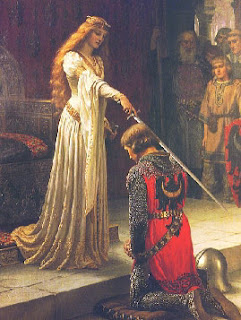 An "Ugly Betty" actor repeatedly stabbed his mother, killing her with a Freemason ceremonial sword this morning, November 23, 2010, according to The New York Post.
Yannick Brea, 55, was found in her second-floor apartment around 2:20 a.m. with multiple stab wounds. 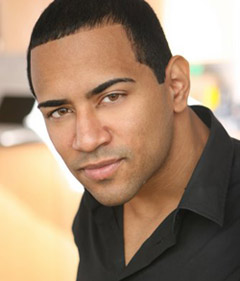 Her son, Michael Brea, 31, was taken into custody.
New York City police were called to a domestic disturbance at the home earlier in the evening but left shortly thereafter. Neighbors Vernal Bent and his mother Phyllis said they heard yelling from the floor below between 1 a.m. and 2 a.m. and called 911.
"I heard a shriek and a woman yelling 'help me'," Vernal Bent said. "We called 911 and we kept hearing screams and then we didn't hear them any more. Michael was chanting Biblical phrases and kept calling for Moses, Jerusalem and the 'Architect of the Universe'."*


[*The Great Architect of the Universe (also Grand Architect of the Universe or Supreme Architect of the Universe) is a conception of God discussed by many Christian theologians and apologists. As a designation it is used within Freemasonry to neutrally represent whatever Supreme Being to which each member individually holds in adherence. It is also a Rosicrucian conception of God, as expressed by Max Heindel. Masonic historians such as William Bissey, Gary Leazer (quoting Coil's Masonic Encyclopaedia), and S. Brent Morris, assert that "the Masonic abbreviation G.A.O.T.U., meaning the Great Architect of the Universe, continues a long tradition of using an allegorical name for the Deity." They trace how the name and the abbreviation entered Masonic tradition from the Book of Constitutions written in 1723 by Reverend James Anderson. They also note that Anderson, a Calvinist minister, probably took the term from Calvin's usage.] 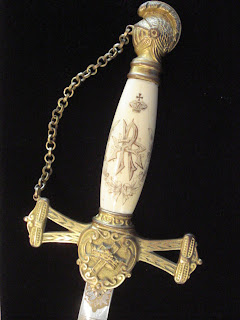 
Police spent nearly 45 minutes trying to get into the apartment, Bent said. They left and returned with a SWAT team, which broke into the home and found Yannick Brea fatally stabbed in a bedroom, sources said.
Phyllis, who refused to give her last name, said she was friends with Yannick and that the woman would frequently bring them traditional Haitian food. 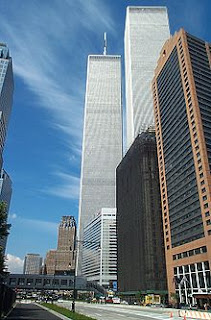 Marriott with Twin Towers, July 2001, at 3 World Trade Center.
She once worked at the Marriott at the World Trade Center but didn't work again after the hotel was destroyed in the Sept. 11, 2001, terrorist attacks, neighbors said.
"I think he just snapped," Bent said.

Brea, a Hatian-American native New Yorker, reportedly did not give any previous indication that he was mentally ill; neighbors say he and his mother were "quiet people." He once told BelFilm in an interview, "I remember growing up and my mother was always feeding people who were less fortunate. My parents [Marcel and Yannick] raised me to always share and to give charity in the name of God!" He and his brother also owned a Subway restaurant in Brooklyn, and two Thanksgivings ago he gave out 300 turkey foot-long sandwiches for free.
Charges against Brea are pending. Actor Michael Brea is currently undergoing psychiatric evaluation at Kings County Hospital, noted the Gothamist.
Local law enforcement sources said Brea had a small role in the recent movie Step Up 3D.
Posted by Loren Coleman at 11:43 AM

With this actor and his family coming from the Caribbean I wonder if we are really seeing a reference to Freemasonry, or if the GAOTU reference is the syncretism of Santeria moving beyond Catholic symbols and embracing brotherhood elements. I don’t know much about this, but I guess some people associate Haiti more with Voodoo than Santeria which some people associate more with Cuba. Whichever, Voodoo or Santeria, if this is syncretism rather than a reference to Freemasonry, it is interesting that brotherhood words and symbols are being incorporated in the same manner as traditional religious elements. (It's indirect evidence, isn't it, of the influence of brotherhood activity?)

A few reports I have come across say that he used a samurai sword. How would this change the symbolism of the act?

Freemasonry probably had a strong influence on the origins of voodoo. I wrote a bit about that topic while addressing this incident on my blog:

Mark, Voudou is MUCH older than Freemasonry.. but I will agree that there may be some syncretic elements of it down in the Caribbean. While there are many Lodges in NYC which are recognized and in Amity with mainstream Freemasonry, NYC is also remarkable for its great number of clandestine Lodges. These are NOT particularly more secret or esoteric than others BUT they may have certain teachings which do not agree with mainstream State or Prince Hall Lodges. I have been an active Mason for nearly 10 years.

who are these people that don't realize that Voodoo and African 'witchcraft' is older than Freemasonry?

Great Architect of the Universe (gaotu) is freemasonry bro...no samurai no voodoo not random crazyness.

In Maya Deren's book on Haitian religion she talks about how masonic handshakes and other rituals are commonly used, and many priests claim membership to the Masons.

Concretely, Masonry and Voodoo both date to about the seventeenth century. Masonry is most likely older than that. Voodoo is not really, being a "new world" synchronization of Catholicism, various West African faiths and systems, and trace elements of Taino beliefs. And there sure as heck are Masonic elements in there, have you heard of Baron Semedi?