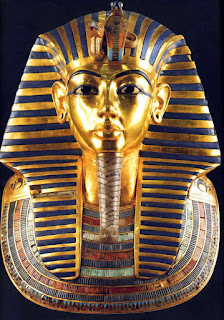 The revolutions and overthrowing of governments across the Arab world that have been sparked by self-immolations may result in a danger for ancient treasures. The Egyptian Army reportedly has secured the Egyptian Museum in Cairo, in an attempt to protect the treasures from the era of the pharaoh kings, including the death mask of the boy king, Tutankhamun, according to a bulletin from Reuters. 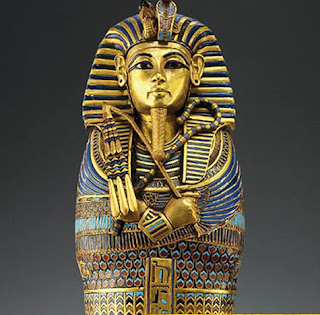 Thankfully, It was reported last night many civilian protestors joined the Army to help protect the Antiquities. The fall of Iraq also featured a large scale looting of Babylonian Treasures from the Museum that were never traced. Civilians there also protected the Museum, but were unfortunately unsuccessful.
Great blog!
All the best!

My colleague Rick MG sent me this link. The content suggests that the looting inside the Cairo museum was a staged act perpetrated by the guards and the secret police --an excuse to portray the protesters as common thugs, so they don't gain international sympathy:

"Zeit Online (in German and translated into English) has posted an interview with Wafaa el-Saddik, the director of the Egyptian Museum up until very recently, who says that 13 cases have been smashed, some objects have definitely been stolen, the looting of the museum was an inside job by guards and police, and that the museum in Memphis has also been looted."

Nice. Very cool pictures. Its very good. I like the mask of king tut. I drew a picture from the mask.