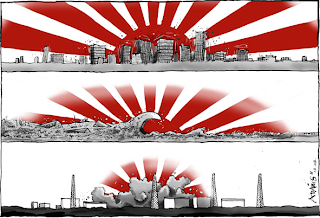 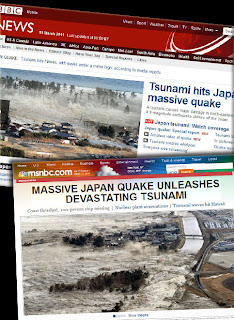 About a month ago, I posted this: "Look to March 17th this year to be a date linked to much turmoil."
It is only recently that I was reading what etemenanki has linked to regarding the  "supermoon" event tied to March 19th. 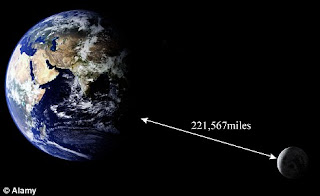 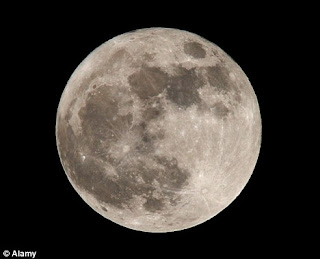 Previous supermoons took place in 1955, 1974, 1992 and 2005 - all years that had extreme weather events. The tsunami that killed hundreds of thousands of people in Indonesia happened two weeks before the January 2005 supermoon. And on Christmas Day 1974, Cyclone Tracy laid waste to Darwin, Australia. 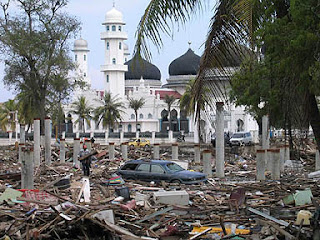 Coincidence? Banda Aceh, Indonesia, was devastated by the December 2004 tsunami which took place two weeks before a supermoon. 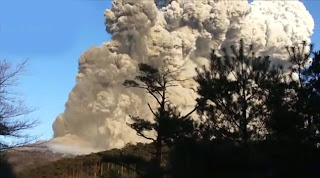 The Shinmoedake volcano in the Kirishima range in south-western Japan erupted on March 14, 2011. 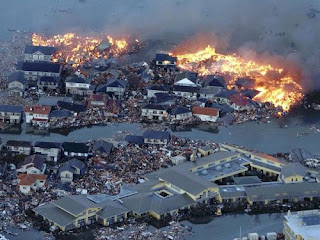 Is there a relationship between the Japanese 9.0 earthquake of March 11, 2011, as well as the resulting tsunami/nuclear reactor explosions, and the supermoon of March 19, 2011? 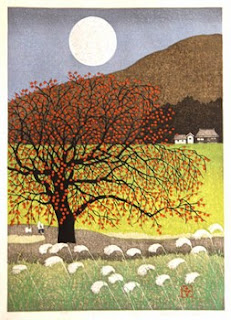 How will history record these times?
Posted by Loren Coleman at 9:32 AM

There's a video floating around the interwebz, of someone who apparently predicted something big would happen on the day of the Tsunami, on account of the comet Elenin's position and its proximity to Earth. Frankly I don't know what to make of it.

As usual, you have given me something to think about that goes beyond the unfolding tragedy in Japan. It does seem to be more than coincidence....

It definitely looks to be a little more than pure coincidence. Things are lining up a little too well. Does this mean we are set for a year of doom and turmoil?

Innocently surfing to Wikipedia's "supermoon"entry, I find this:
<>
They also list recent supermoons ; most of them (knowingly, at least...) didn't trigger extreme catastrophes contrary to the indeed troubling 4 examples you gave.

What to make of that ?