The car pictured (below) may have been parked by a person who learned how to park on the Internet. Could the car owner also be dating a French model*?

My son Malcolm, who lives in South Boston, documented, in a series of photographs, the developing Nemo blizzard - via a parked car.

He found that an unknown individual in his neighborhood, soon after the driving ban went into effect in Massachusetts, had parked their car.

Various items of note include:

The passenger side window is down.

The vehicle is parked in front of a fire hydrant.

The driver decided to park the wrong way for vehicles on that side of the street.

Here are the photos: 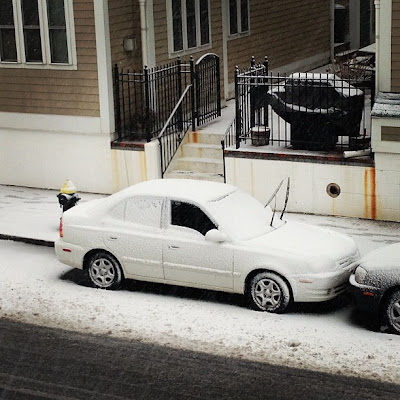 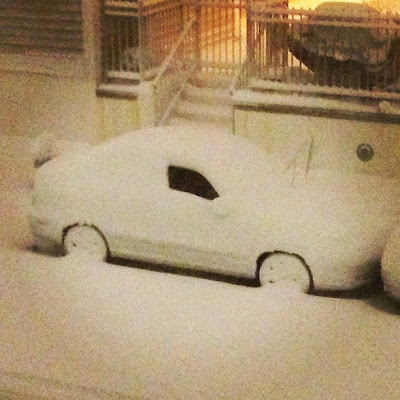 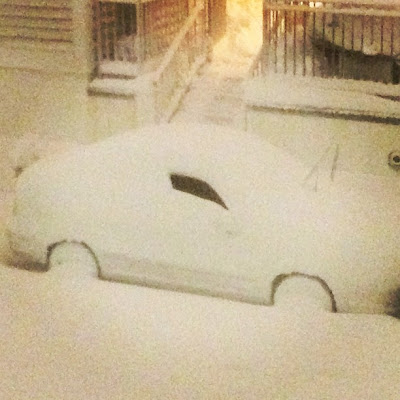 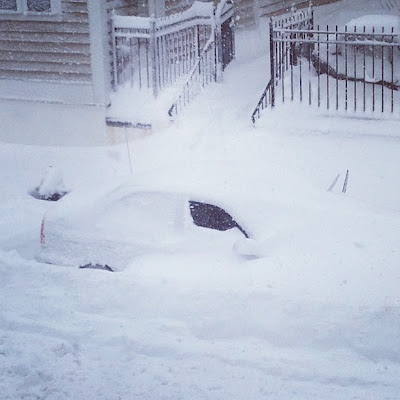 *Footnote: This video references my above headline/comment, and is posted here for my out-of-country readers who are unaware of this.

Front porch door left open for the cat to come in...and the snow too, 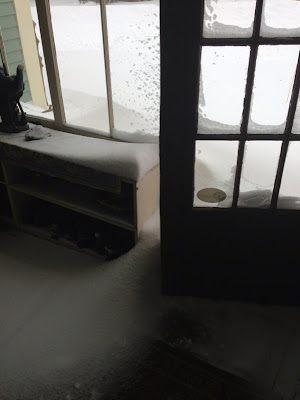 from my son Caleb, at his home in Portland... 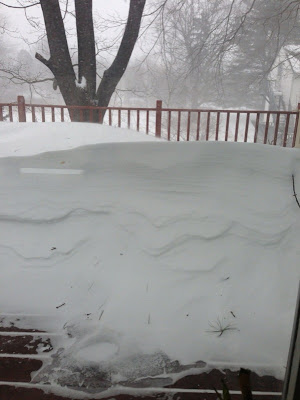 There use to be a deck there.

As Nemo began, near sunset, Friday night, Feb 8th, at my home. 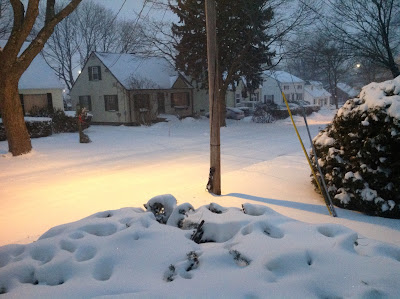 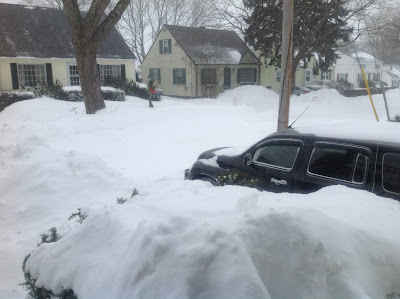 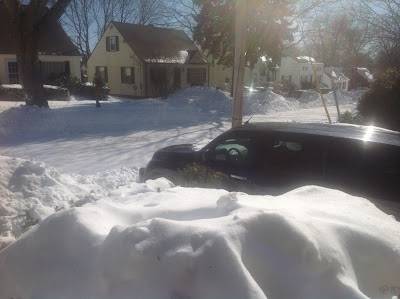 Other photographs from around noon, Sun, Feb 10th, below: 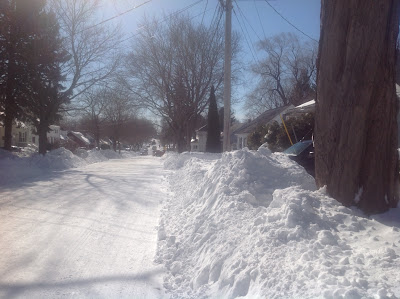 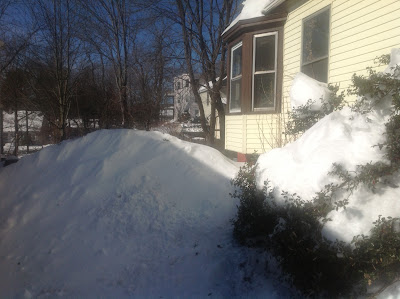 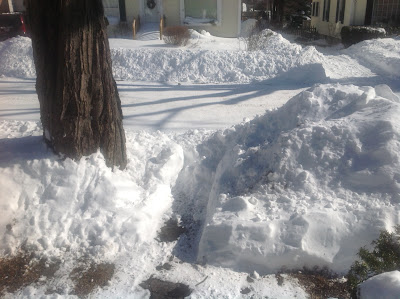 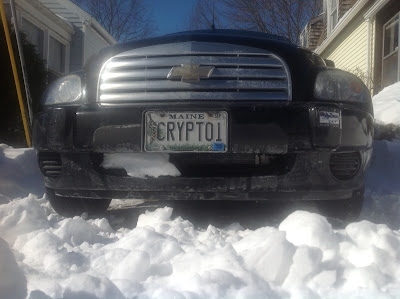 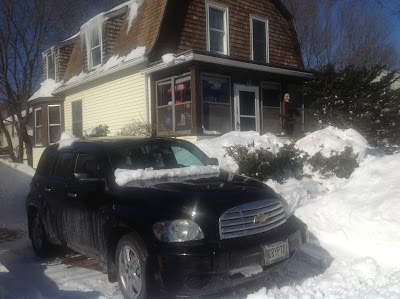 Below is my home as pictured in Libbytown, Portland, Maine, in 1924, when that photo was taken. The residence was built in 1915. It may be a Sears & Roebuck or a Montgomery Ward "kit" house. 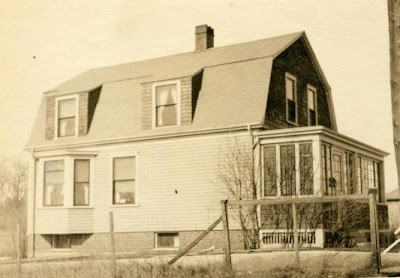 Meanwhile, Downtown Portland was without traffic and cleaning up, over the weekend. 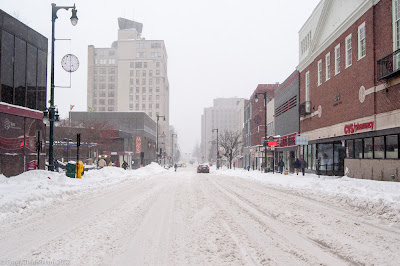 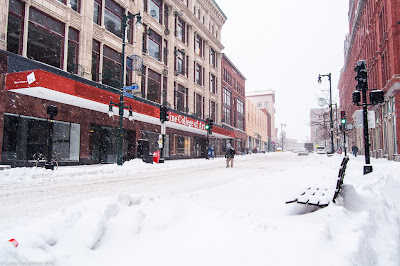 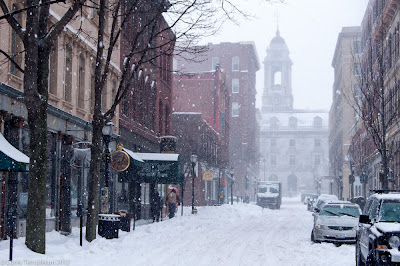 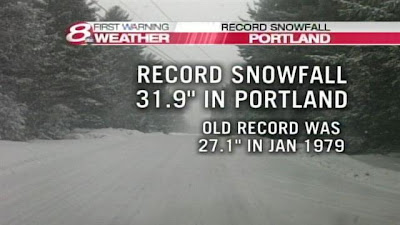 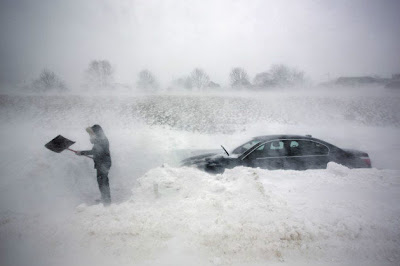 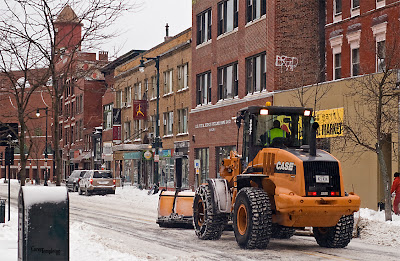 Amazing scenes.
To someone who has lived his whole life in Australia,these scenes are totally alien to me.
May as well be on another planet,it is so far removed from my life experience.

The day I have to shovel snow off my car to get out of my driveway the world will be in deep trouble.

So it looks like this person parked roughly 1/64" from the other car. I hope the other person has room to back up.