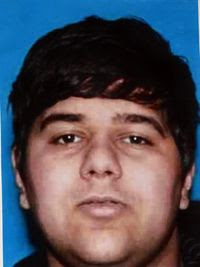 The first call that came in was at Red Hill Avenue and Interstate 5, although the earliest killing was on Red Leaf Lane.

In one incident, a driver was forced from his BMW at a red light, marched to a curb and killed as witnesses watched in horror. 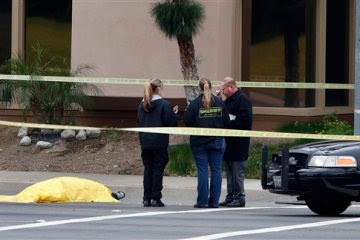 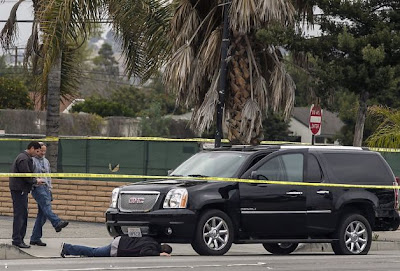 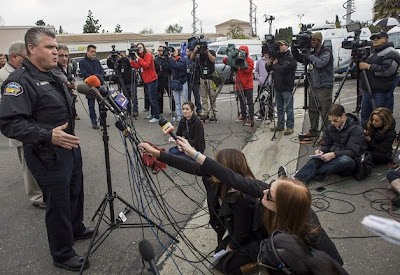 Lt. Paul Garaven of the Tustin Police Department, left, takes question from the media regarding a shooting spree in Tustin, Calif., Tuesday, Feb. 19, 2013. Police say a chaotic 25-minute shooting spree through Orange County left a trail of dead and injured victims before the shooter killed himself. There were multiple crime scenes in Tustin and Orange and many more victims who were shot at but unhurt, said Garaven. Tustin is about 35 miles southeast of downtown Los Angeles. Photo: Damian Dovarganes, Associated Press


Thanks for the first news of this from Malcolm. Additional tips from Susan and SMiles.
Posted by Loren Coleman at 8:22 PM

1or2decades before 9/11, the Jewish press in America frequently and regularly reminded its readers that Israel is surrounded by 9 or 11 Arab countries. 9/11 is a stimulus which produces a conditioned response consisting of fear for the safety of Israel in readers of the Jewish press. Jews too, are victims of mind-control. The name 9/11 is not numerology. It is onomatology and toponymy.

Interesting story. I wonder what provoked the lad to rampage?

He went "postal" without the cause being clear. Was he being targeted with harassment by organised stalker?

Apparently the girl he targeted was a stripper paying her way through school. One can imagine a loner like Ali, spending a lot of time and money at a club on a specific dancer/girl can become jealous quite easily.

Coincidentally on the Las Vegas Strip (strip/stripper) 3 people were killed in a automobile accident that involved heavy gun fire.

The press is reporting that he 'lived at home' and played video games all the time...