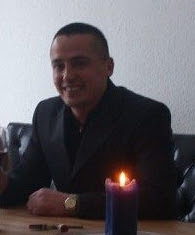 Central Switzerland is the latest location of a mass shooting in a canteen. Reports of several people being killed at their Swiss Kronospan workplace on Wednesday, February 27, 2013, are crossing the wires. 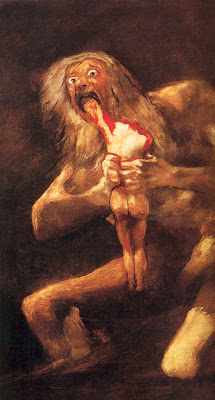 Police in Lucerne canton (state) said in a statement that the shooting occurred shortly after 9 a.m. on the 27th instant at the premises of Kronospan, a wood-processing company in the small town of Menznau, west of Lucerne. They said there were “several dead and several seriously injured people” and that rescue services were deployed and the scene sealed off. They did not elaborate.

The local Neue Luzerner Zeitung newspaper cited a witness as saying that the shooter opened fire in the company canteen. Swiss news website 20min.ch, citing a reporter at the site, said police confirmed three deaths — including the assailant — and said seven people were injured, some of them seriously. Some say five have been killed.

However, police in Lucerne, the local administrative center, said they didn’t yet have figures. No identity or motive for the shooter was given. 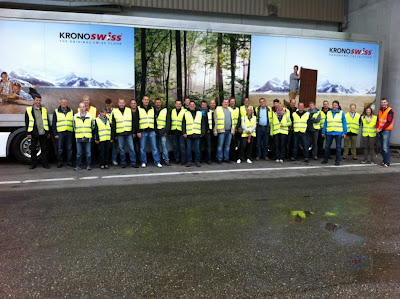 Kronospan workers at the Menznau location.

According to the local town council, Kronospan has some 450 employees.Menznau is a municipality in the district of Willisau in the canton of Lucerne in Switzerland. Menznau is first mentioned in 1185 as Menzenowa.

Kronos is a Titan, the father of Zeus, Poseidon, Hades, Hestia, Demeter, and Hera.

Pan is the god of the wild, shepherds and flocks, nature of mountain wilds, hunting and rustic music, and companion of the nymphs. Pan also is linked to panic, behavior contagion, and the copycat effect.


Kronospan is the world’s largest manufacturer of wood panel products and laminate flooring. Kronospan began in 1897 when their first sawmill was founded in Austria. Their Oxford, Alabama plant is the company’s first in the United States, and sits on a 460 acre site in Calhoun County, Alabama.

February 27th is the 80th anniversary of 1933's Reichstag fire, in which Germany's parliament building in Berlin, the Reichstag, was set on fire (which was blamed on Communists by the Nazis, but probably set by Nazis).

In 2001, Friedrich Leibacher walked into the canton’s parliament in Zug armed with an assault rifle, shotgun, pistol, and homemade police vest. He killed 14 people before commiting suicide in an incident that was dubbed the “Zug massacre.”

Thanks to InvInk for heads up.

Scandinavian writing of yore incorporated repetitive letters, so if a word ended in one rune and the next word began with the same, they would use only the one as a space-saving measure. As such, "Kronospan" might also be read as "Kronos Span".

Kronospan belongs to the Swiss Krono group, and a span is a scale of wood, after sawing.
Hence its Krono(s) and wood, = wodo = wodan or vodoo, god of stormy army.
Both, Kronos and Wodan, are the same as Satan.
Kronospan was established in 1897 in Lungötz,which has the SAW on its coat of arms (in the middle of two feeemason poles?) http://en.wikipedia.org/wiki/File:Wappen_at_annaberg.png
John Kramer (Jigsaw-killer - in his strange mask) from the SAW movies is a structural engineer.
Jigsaw is a song by Marillion (who usually showed the Joker on their covers). Singer Fish used to wear Joker-Make-up. Along with the Satan link, you have a clear Joker link in the Swiss case.
Cori, Germany

Anonymous sent this along...

Holy cheese,Batman!
One day before the Pope resigns officially.
Could it be timed any better
than that?-)

A few interesting facts about Lucerne.
It is a sister city to Chicago according to Wikipedia and of course there was a Chicago number at the Oscars the other night.
Also there is a bridge in Lucerne,
The Chapel Bridge (German: Kapellbrücke) is a covered wooden footbridge spanning diagonally across the Reuss River in the city of Lucerne in central Switzerland. Named after the nearby St. Peter's Chapel.

you will see the painting of a local slaying !?

I suppose we could all get carried away with disasters and their coincidental historical connections, but after February 15th and now the 27th I feel confident to say there are some truly STRANGE days in history.

Loren you wrote it was the 80th anniversary of the Reichstag fire.

According to Wikipedia it is also:

2004 – A bombing of a Superferry by Abu Sayyaf in the Philippines' worst terrorist attack kills 116.

And most coincidentally 2004 – The initial version of the John Jay Report, with details about the Catholic sexual
abuse scandal in the United States is released.

Given the timing of the pope's resignation Feb 27th is one strange very coincidental day.

Unfortunately, the Swiss are no strangers to mass slaughter, as memorialised by the Löwendenkmal. It was no hyperbole when Mark Twain referred to it as, "the most mournful and moving piece of stone in the world." No photo does it justice; the sorrow expressed remains palpable after over two centuries.
https://en.wikipedia.org/wiki/Lion_Monument

Today is also the anniversary of the 1932 explosion in a coal mine in Boissevain, Virginia, which killed 38; the 1803 "Great Fire", which razed a large portion of Bombay, India; the 1919 public premier of five of seven movements from Holst's, "The Planets", including the movement, "Jupiter: the Bringer of Jollity"; and the first celebration of Mardi Gras in New Orleans in 1827. Also notable as the birthday of Henry Wadsworth Longfellow, and Constantine I - the first Roman Emperor to convert to Christianity.

Here is a sync. Right before I clicked on this, I was reading this page
http://deanhenderson.wordpress.com/2013/02/27/the-evisceration-of-yugoslavia-part-iv-the-kosovoalbania-golden-triangle/

'President Sali Berisha had taken charge of the country of Albania earlier in the 1990’s.'

I don't think I have heard the name Berisha since Yugoslavia was in the news. And now here I see it twice in a couple of minutes.