On the Damascus Road 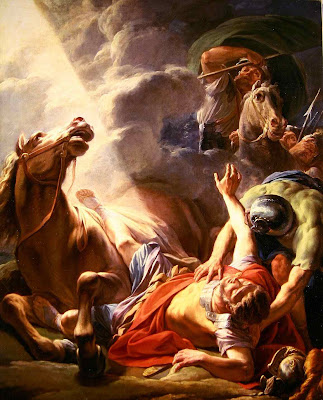 Why do a few multiple news items appear to play name game tricks of their own? 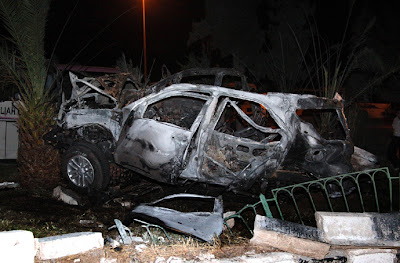 On Saturday, May 18, 2013, a powerful car explosion hit the Ruken al-Deen neighborhood in Damascus, killing at least three people in the latest blast to strike the Syrian capital (population 1.7 million). The SANA news agency reported that an explosive device was planted under a car parked on Rukneddin highway near Ibn al-Nafis Hospital in Damascus, Syria. The initial death toll was put at three, and the number of injured at five.

Also on Saturday, May 18th, around 2:10 p.m. during the Hikers Parade at the Trail Days festival in Damascus, Viriginia, an annual celebration of the Appalachian Trail,  was interrupted by tragedy. 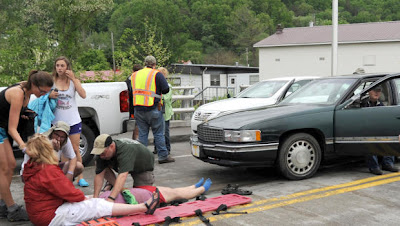 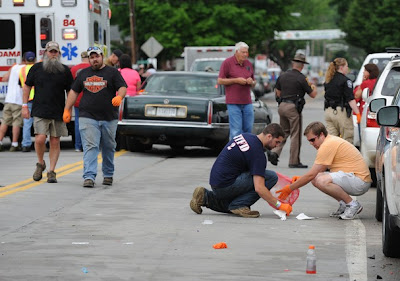 Read more here: http://www.myrtlebeachonline.com/2013/05/19/3494077/medical-emergency-eyed-in-va-parade.html#storylink=cpy
An elderly driver in a 1997 Cadillac plowed into the parade, injuring at least 60 people, sending a dozen to the hospital.

"In 27 years of this, we've never had anything of this magnitude, and is it our job to make sure it doesn't happen again," Damacus Mayor Jack McCrady said.

Damascus is a small town of less than 1000 people in Washington County, Virginia, United States. Damascus is the home of the annual Trail Days festival (with reportedly 20,000 people visiting). The community is known as Trail Town USA due to the convergence of four scenic trails in the town, including the Appalachian Trail, U.S. Bicycle Route 76, The Iron Mountain Trail, and the Virginia Creeper Trail. 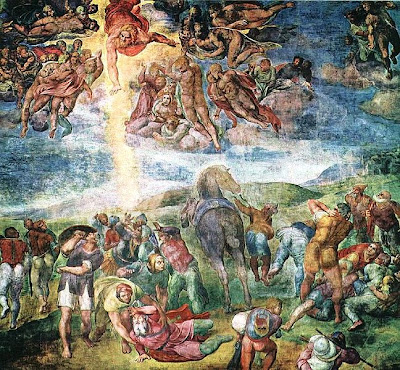 In the West, Damascus is most frequently associated with the conversion incident mentioned in the New Testament of the Bible. Saint Paul was on the road to Damascus (present day Syria) when he received a vision of Jesus, and as a result accepted The Christ as the Messiah. (Some Fortean theories for what really happened have been developed in recent years.)

Ten years ago, it is intriguingly how Palestine popped up in the context of the first Israeli astronaut being killed.

On February 1, 2003, the Space Shuttle Columbia on mission STS-107 disintegrated during reentry into the Earth's atmosphere, killing all seven astronauts aboard.

One who died was Ilan Ramon, the first Israeli astronaut. His first name, Ilan, means "tree" in Hebrew. Ilan changed his last name from Wolferman when he joined the Israeli Air Force. On June 7, 1981, he was the youngest pilot taking part in Operation Opera, Israel's strike against Iraq's unfinished Osiraq nuclear reactor, 10 miles southeast of Baghdad.

A location often mentioned ten years ago for where the parts of the Columbia fell was Palestine, Texas. The irony of that location was not lost on many at the time, considering the fact the Columbia carried an Israeli aboard.

Even this remarkable "coincidence" is apparent in this Wikipedia mention:


Palestine entered the news in February 2003, as one of the East Texas towns that received much of the debris from the Space Shuttle Columbia disaster, where seven astronauts were killed, including the first Israeli astronaut. Palestine is also home to the NASA Columbia Scientific Balloon Facility (renamed after the shuttle crash), which has flown 1700 high-altitude balloons for universities and research agencies. Source. 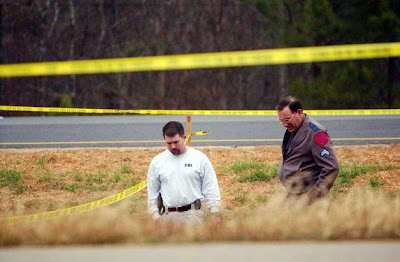 An FBI agent and a Texas Department of Public Safety officer looked over a 4-foot by 6-foot piece of the Space Shuttle Columbia that was found in the median along State Highway 155 north of Palestine, Texas on Sunday, February 2, 2003. 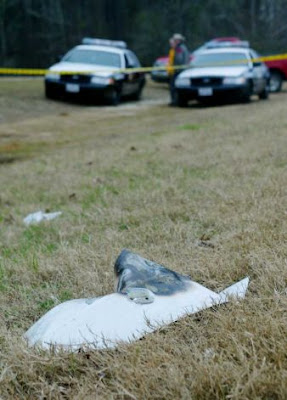 Posted by Loren Coleman at 4:09 PM

"Christianity is only one 'narrative' of many; the war between the Empire and its prisoner (who in early chapters is crucified but later on is released unharmed)—this is not the sacred narrative but a sacred narrative." (Philip K. Dick, Exegesis)

"The road to Damascus is fraught with peril" as Eugene states

The letter in question being Aleph

KC/Kevin Costner (JFK) is the Postman

Cuba (Ariel Castro) is the thorn in the side of the King (2 Corinthians 12:7)

Growing up in Arkansas in the late 1970's and early 1980's, the Titan II nuclear missile explosion in Sept. 1980 near Damascus, Arkansas has stayed with me. It was a scary event.
That said, the "Damascus Road" has been on my mind lately, as has my memories of the Damascus, AR Titan II accident. Not sure why. And then this ... Great post, Loren.

'the road to Damascus' is a phrase that evokes sudden transformation, and a hard reckoning with reality.