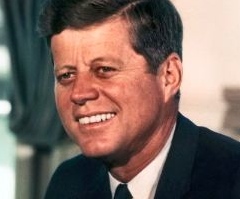 The 50th anniversary of the JFK hit is fast approaching. November 22, 1963, is a day burned into the memory of anyone who was conscious back then. It will be recalled for most of November, I predict. Expect the television specials, new books, and release of films.

The movie that's getting most of the mainstream buzz is Tom Hanks' production of Parkland, which has a cast including Paul Giamatti, Zac Efron, Marcia Gay Harden, Jacki Weaver, and Billy Bob Thornton.

It may get all the mass media notice, but there's a gem of a movie coming out of this wave that is worthy of your attention.

Dallas in Wonderland is the one that I want to see. 13th Sign Pictures will produce and finance the synchromystic movie, which will include a cameo appearance, perhaps, by the character James Shelby Downard (see "Synchromysticism's Godfather.")

There is a good deal of mystery surrounding some of the actors who will be appearing in Dallas in Wonderland. Stay tuned.

Back in January, here are the good things that Variety said about Dallas in Wonderland:


Maybe it’s because the 50th anniversary of that event is fast approaching, but now there’s another film based around the assassination on its way from Queens of Country writer-director Ryan Page.
Page will write (alongside Adam Parfrey) and direct a conspiracy thriller going by the name of Dallas In Wonderland, which will center around a documentary filmmaker and his producer who are hired by a TV network to do a puff piece for their planned motorcade reenactment that will take place during a televised memorial ceremony. Finding themselves “wrapped up in the network’s plot” to prove that Lee Harvey Oswald was the lone gunman, the pair close in on the central narrative surrounding JFK’s assassination, leading to the climax of the event playing out once more on the nation’s television screens.
Page believes that he and Parfrey have come up with “an altogether new kind of thriller, featuring the very latest research done in the JFK assassination case.” 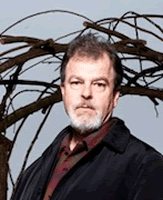 “Adam Parfrey and I [have] crafted what feels to us like an altogether new kind of thriller, featuring the very latest research done in the JFK assassination case,” said Page, who will produce with Alastra and Mundo. “This story has not fully been told. It continues to evolve and is rife with the most interesting storylines and fascinating real-life personalities I worked with Joe and Tommy on previous films and when it came time to select our production partner for Dallas in Wonderland, there was never even a debate.” ~ Ryan Page

In the realm of unfortunate title timing, on May 1, 2013, the online publisher eXtasy released a new gay love novel entitled Dallas in Wonderland by Julie Lynn Hayes. 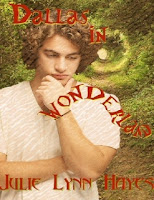 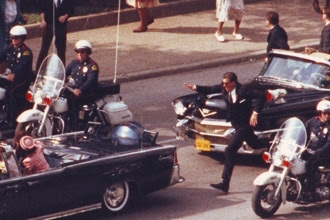 Like I say often, each to their own, as they pursue their dreams and passions.
But in the case of the two current Dallas in Wonderland choices, I'm looking forward to critiquing the film Dallas in Wonderland for the 50th anniversary of the assassination.
Posted by Loren Coleman at 6:55 AM

I can't wait for this!

Sounds like an interesting film. And no doubt you're right that as we approach November there will be a lot of attention to the anniversary.