Police are investigating a crash and reports of a shooting Monday, March 30, 2015, morning at Fort Meade, Maryland. 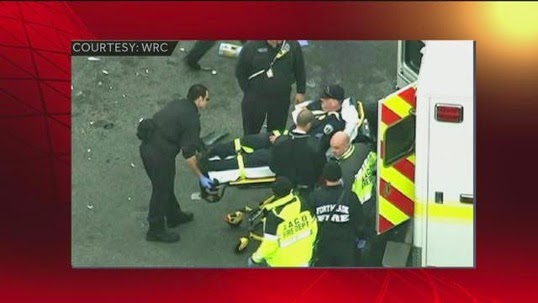 A spokeswoman at Fort Meade says two people were injured, one killed, as they attempted to ram a gate to the National Security Agency.

The two men were dressed as women. They were said to have attempted to "penetrate" (it was is in quotes in the description of them attempting to breach) the gate.

Aerial video showed multiple vehicles involved in a crash on the connector road from Route 295 to Fort Meade. Also shown was an emergency responder being loaded into an ambulance.

Earlier in March 2015, a Beltsville man was arrested in a string of shootings at public buildings around suburban Maryland, including one shooting at an NSA building just east of the Baltimore-Washington Parkway. A former prison guard was arrested and named a suspect in the shootings and has told investigators that he was “hearing voices” that told him to fire the shots.

On September 19, 2014, a man with a knife was able to jump a fence, get past the U.S. Secret Service and enter an unlocked door of the White House before he was caught. That incident and others prompted a review of security procedures as well as staff changes at the top of the agency. This individual was one of three who attempted to reach the White House, with the two other intrusions happening on September 11 and October 22, 2014.

In October 2013, a woman, Miriam Carey, with her 1-year-old daughter in her car rammed a gate outside the White House, then sped to the U.S. Capitol, where police twice opened fire on her car. She was killed after getting past a security barrier on the Capitol grounds. Her family has said she suffered from mental issues and panicked when she saw police with guns and had not meant to breach the security barriers. 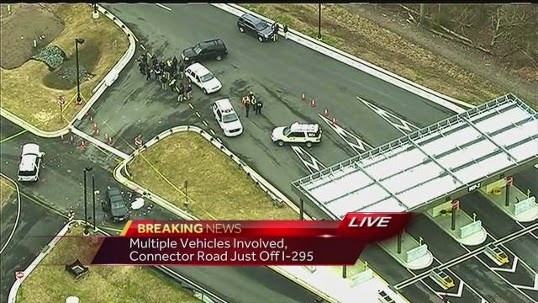 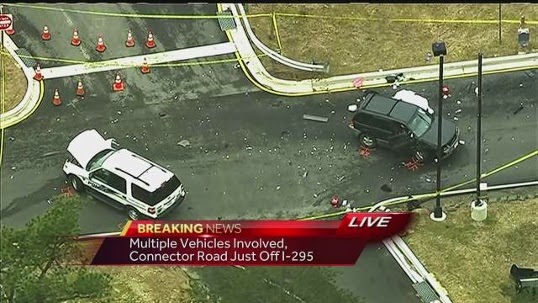 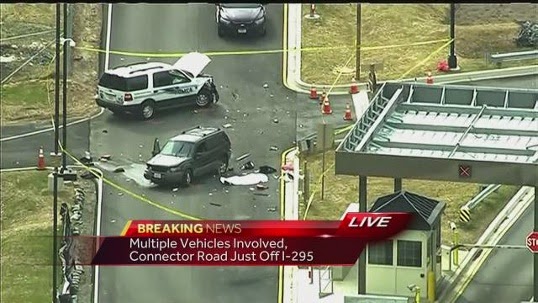 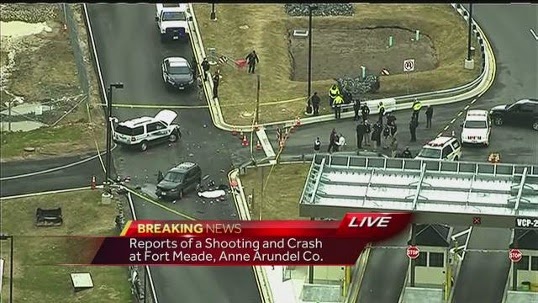 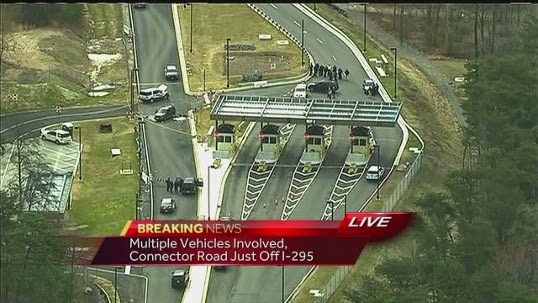 Fort George G. Meade is a United States Army installation that includes the Defense Information School, the Defense Media Activity, the United States Army Field Band, and the headquarters of United States Cyber Command, the National Security Agency, the Defense Courier Service, and Defense Information Systems Agency headquarters. It is named for George G. Meade, a general from the U.S. Civil War, who served as commander of the Army of the Potomac. The fort's smaller census-designated place includes support facilities such as schools, housing, and the offices of the Military Intelligence Civilian Excepted Career Program (MICECP). 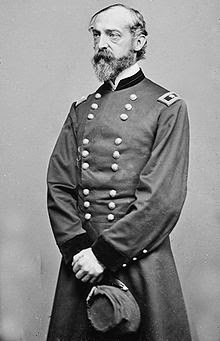 George Gordon Meade (December 31, 1815 – November 6, 1872) was a career United States Army officer and civil engineer involved in the coastal construction of several lighthouses. He fought with distinction in the Second Seminole War and the Mexican-American War. During the American Civil War he served as a Union general, rising from command of a brigade to the Army of the Potomac. He is best known for defeating Confederate General Robert E. Lee at the Battle of Gettysburg in 1863. 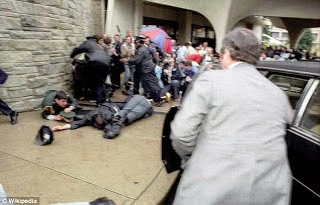 This date is the anniversary on March 30, 1981, when U.S. President Ronald Reagan was shot in the chest outside the Washington, D.C., Hilton Hotel by John Hinckley, Jr. Hinckley stood near the umbrella being held by a camera crew filming the president. 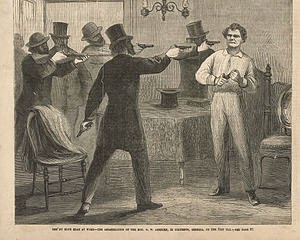 George W. Ashburn (born 1814) was a Georgia politician assassinated on March 30, 1868, by the Ku Klux Klan in Columbus, Georgia for his pro-African-American sentiments. He was the first murder victim of the Klan in Georgia.

On the night of March 30, 1868, Ashburn participated at a huge gathering of blacks and Republicans at Temperance Hall in Columbus, Georgia. One of the featured speakers was Henry McNeal Turner. Just after midnight, Ashburn was murdered at a house on the corner of 13th and 1st street by a group of five well-dressed men wearing masks.

During the time of Ashburn’s murder Georgia was still under the military governorship of General George Meade (the victor of Gettysburg), of the Third Military District. As soon as he heard of the murder, Meade implemented martial law in Columbus, removing the mayor from office, and ordering the immediate arrest of all suspects.
Posted by Loren Coleman at 11:35 AM

The Hinckley and Bush families seem to get on well together