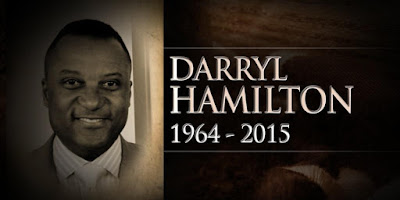 Former MLB player Darryl Hamilton was identified by police in Pearland, Texas, as one of two victims in a murder-suicide. During his career, Hamilton was an outfielder for five teams over 13 major league seasons. 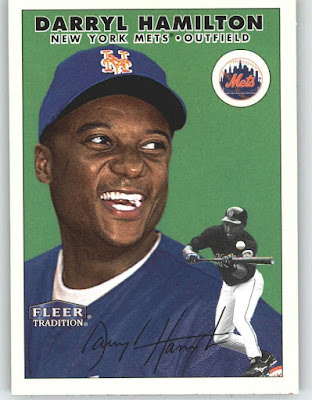 Officers responding to a disturbance call Sunday, June 21, 2015, found Hamilton’s body near the front entrance. Monica Jordan, 44, was found dead in another part of the home. Hamilton and Jordan's 14-month-old child was also in the house unharmed.

Hamilton was shot more than once and Jordan died from a self-inflicted gunshot wound, according to investigators.

Hamilton, 50, hit .291 during 13 season in the major leagues. He finished his career with the Mets, playing parts of three seasons from 1999-2001 and contributing to the squad that reached the World Series in 2000.

A Mets for 3 seasons at the end of his career, a Brewers outfielder for seven seasons when he became a professional, Darryl Hamilton played in 1988, then from 1990 to 2001.

Darryl Hamilton made appearances as a broadcaster over the past few years, most notably with MLB Network and the Milwaukee Brewers.

Murder-suicides are part of the history of baseball. One of the most significant of these occurred on July 18, 1989, in Anaheim, California, when former All-Star relief pitcher Donnie Moore drew a gun, shot and critically wounded his wife, Tonya, with whom police say he had been arguing. Moore then shot and killed himself.
Baseball player suicides are not as rare as one assumes, and my study of them in the mid-1980s predicted a wave of self-deaths in 1989 (beginning that year with the Moore murder-suicide).

Half of the MLB suicide victims were pitchers, and all of those during the 20th century were right-handed.