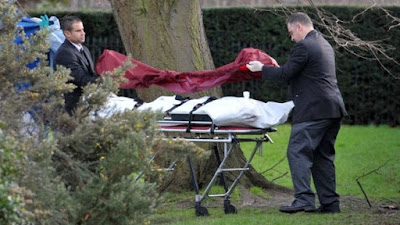 Self-immolation in the news: A man in his 40s was found on fire outside London's Kensington Palace at 03:42 GMT on Tuesday, February 9, 2015. He died.

This is the London home of the Duke and Duchess of Cambridge, who were not at home. 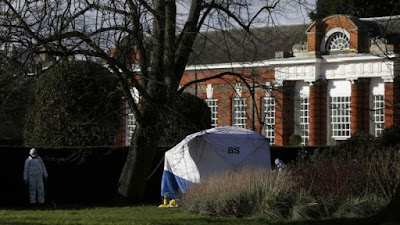 It will be recalled that this house is where George Alexander Louis lives.

The Duchess of Cambridge's first pregnancy was announced on December 3, 2012. She was admitted on July 22, 2013 to the Lindo Wing, St Mary's Hospital, London, where Prince William himself had been delivered. Later that day, she gave birth to a baby boy—Prince George of Cambridge—with Prince William present.

On September 8, 2014, it was announced that the Duchess of Cambridge was pregnant with her second child. She was admitted on May 2, 2015 to the same wing of the hospital where she first gave birth. Later that day, she gave birth to a baby girl—Princess Charlotte of Cambridge—with Prince William present.