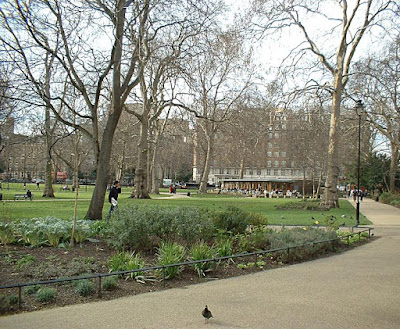 One person, a woman, was killed and five others were injured in a knife attack in central London's Russell Square, London Metropolitan Police said. 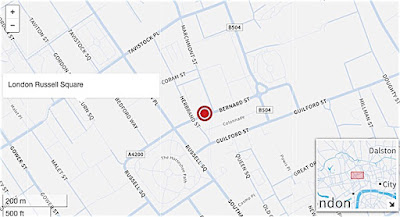 Police were called in at 10:33 p.m. Wednesday, August 3, 2016, after reports were received of a man "seen in possession of a knife injuring people," authorities said in a news release.

Police were called at 22:33 hours on Wednesday, 3 August to reports of a man seen in possession of a knife injuring people at Russell Square, WC1.
Officers attended the scene along with the London Ambulance Service.
Up to six people were found injured at the location.
A female (no further details) was treated at the scene but was pronounced dead a short time later.
We await an update on the condition of the other persons injured and details of any other injuries.
A man was arrested at 22:39 hours and a Taser was discharged by one of the arresting officers.
Additional police units have been deployed to the area to provide reassurance.
Anyone with information should contact police on 101 or call Crimestoppers anonymously on 0800 555 111.
Terrorism is one possibility being explored at this stage.

The man was arrested less than 10 minutes later.

London Metropolitan Police say a knife attack on Wednesday night that left an American woman in her 60s dead was spontaneous, and said the attacker's victims were selected at random.

Police are looking at mental health issues as the main line of inquiry and essentially ruled out terrorism as the likely motive, according to CNN.

A 19-year-old man, who is a Norwegian national of Somali origin, has been arrested following the fatal stabbing in Russell Square shortly before 10.30pm last night.

Police stressed that there was no evidence to suggest that the suspect’s background is “relevant to the motivations of his actions”.

Five people were injured and a woman, believed to be an American in her 60s, was treated at the scene before being pronounced dead a short time later.
Armed police have been patrolling central London streets since the attack

Those who were injured were reportedly British, American, Australian and Israeli, according to the Associated Press.

Russell Square is a large garden square in Bloomsbury, in the London Borough of Camden, built predominantly by James Burton. It is near the University of London's main buildings and the British Museum. To the north is Woburn Place and to the south-east is Southampton Row. Russell Square tube station is nearby to the north-east.

James Burton (29 July 1761 – 31 March 1837) was a British property developer, "probably the most significant builder of Georgian London." He was a founding member of the Athenaeum Club, London, as was his son, Decimus. He served as Master of the Worshipful Company of Tylers and Bricklayers and Sheriff of Kent. His 12 children included the Egyptologist, James Burton and the architect Decimus Burton.

There is a blue plaque on one at the north west corner commemorating the fact that T. S. Eliot worked there for many years when he was poetry editor of Faber & Faber: a building now used by the School of Oriental and African Studies (a college of the University of London).

Russell Square was the site of one of London's 2005 terrorist bombings.

One of the bombings of 7 July 2005 was on a London Underground train from King's Cross St Pancras tube station to Russell Square tube station, and another was on a bus on Tavistock Square, near Russell Square. To commemorate the victims, many flowers were laid at a spot on Russell Square just south of the café. The location is now marked by a memorial plaque and a young oak tree.
Posted by Loren Coleman at 10:01 PM

Russell Square = Ka'ba of the Rasul.
I would't be surprised if this has an Islamist connection.

I've followed your information since I found it in 2013. I thought of you yesterday when I heard, "only 150 armed men to defend 246,000 nukes at Incirlik AFB, Turkey. "What an "Alamo" situation", I thought. Then memory struck a cord and the 150 number seemed very close to those who perished, "defending the cradle of Liberty In Texas. Looked it up and, a 150 men did die defending the Alamo. What a coincident. Or not. I loved the JFK piece with the trident. I was 10 in 63 and like many have followed the JFK story, watching and reading all theories pertaining to the event. Anyway, respect your work, I have a feeling all will not be well at Incirlik, those writing the story do not play dice. Margaret Bu-Shey (I couldn't find an email for you so had to send this in a comment section.)