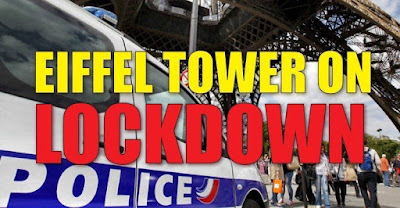 The day began quietly. Most people in the world got through their morning with their favorite breakfast drink and a croissant.

The following are what we are hearing for the events that have occurred on Friday, August 5, 2016. 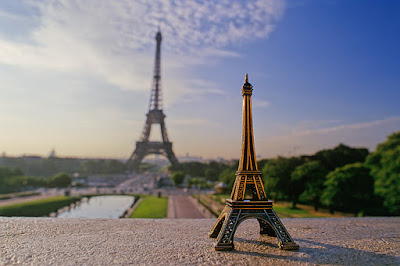 
USA Today reported that the


...iconic Eiffel Tower in Paris was evacuated Friday night [August 5, 2016], then French police said it was a false alarm, according to Reuters and other media reports.
Armed police and soldiers searched tourists and had cordoned off the area, the U.K.'s Daily Star and Daily Mirror reported. Witnesses posted a series of images and videos on social media of the evacuation.
The Braderie de Lille annual flea market, which attracts visitors from across France and scheduled for Sept. 3 and 4, was canceled for security reasons, Martine Aubry, the mayor of the northern French city announced earlier Friday. It is the latest summer festival to be canceled in the country due to a fear of terror attacks.
The country has seen a spate of attacks in the last 18 months, including the attacks in Paris in November that left 130 dead, the attack in Nice in July that left 85 dead [the total went up from the earlier 84] and the murder of a French priest in Normandy last week. 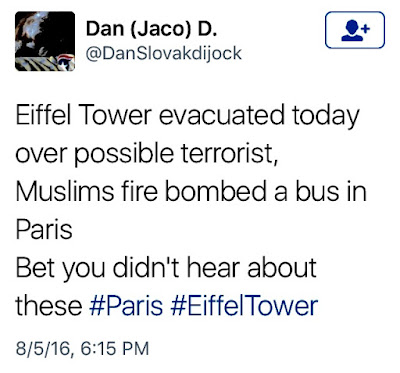 Twitter reports talk about an out-of-place backpack or misplaced piece of luggage near the Eiffel Tower, as the cause of this alert. 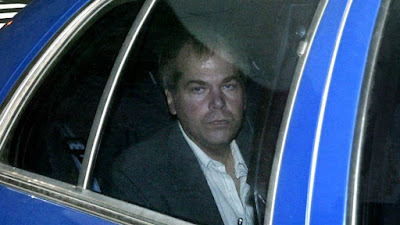 John Hinckley, Jr., the attempted assassin of President Ronald Reagan, was given his release to his family today, August 5, 2016.

Six suspects were arrested in a raid Friday morning [August 5, 2016] on Batam, an Indonesian island near Singapore, police said.

Thirteen people died in a fire late Friday [August 5, 2016] night in northern France when fire broke out in a bar full of patrons celebrating someone's birthday, according to reports.

The fire was started by an accidental explosion in a bar known as Cuba Libre in the town of Rouen in Normandy, local media reported.

The number of victims climbed to 13 early Saturday, according to Paris-Normandie, a local news website.

The terrible news had many in France on edge even as officials said preliminary investigations pointed to an accidental explosion sparking the deadly flames.

The region of Normandy still reeling from a deadly, ISIS-inspired church attack July 17 that left a priest dead, just as France is struggling after a spate of deadly terrorist attacks at home and neighboring Belgium.

The incident in Camden on Friday night sent fans over the ledge at the outdoor BB&T Pavilion around 10:25 p.m. ET, fire officials said.

Snoop Dogg and Wiz Khalifa were performing at the time, media sources are reporting.

[This is a live blog posting. It will be updated in real time if there are any major breaking news incidents.]
Posted by Loren Coleman at 7:05 PM