Death, Immolation, and the Inauguration 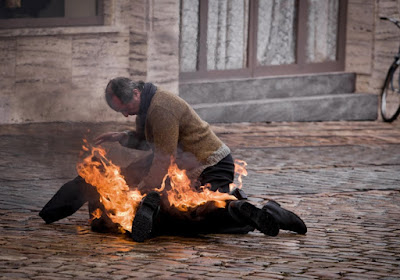 Death may be knocking on the doorsteps of Donald Trump's Inauguration as the 45th President on Friday, January 20, 2017.

It appears to be a time when the unexpected may surprise those who wish to have things so well-ordered and planned.


This was a special week in January 1989 called "Palach Week." It marked the beginning of the end of Communism in Czechoslovakia, and the Velvet Revolution. There is a powerful documentary made in 2014, Agnieszka Holland’s Burning Bush (image above is from that film) that chronicles those times. The title has many meanings, of course.

Self-immolations have a way of changing the course of history, as the form of protest is so powerful, radical and shocking.

Concidentially, another kind of Bush may be important in the midst of this upcoming very political American weekend.

On Wednesday, January 18, 2017, the 41st President George H. W. Bush was admitted to the intensive care unit at Houston Methodist Hospital to address an acute respiratory problem stemming from pneumonia. Bush underwent a procedure to clear his air passages. His wife Barbara, furthermore, was hospitalized as a precaution. 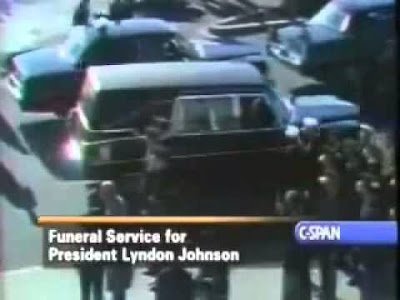 The 36th President Lyndon Baines Johnson died on January 22, 1973, two days after Richard Nixon was sworn in for this 2nd term. Johnson's death disrupted Nixon's "celebration" of the start of what would be his shortened term, and LBJ's state funeral was held on January 25, 1973.

In an era of wall-to-wall media, the death of George H. W. Bush would be an auspicious beginning for Trump's first term.

Two reports of self-immolations (suicides by fire) in which both people lived surfaced yesterday. One is directly related to Trump's assuming power. 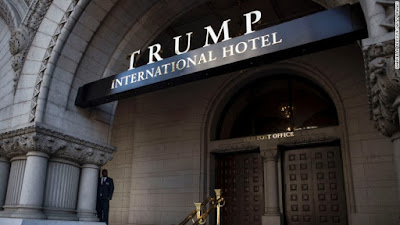 On Tuesday night, January 17, 2017, a man set himself on fire outside the Trump International Hotel in Washington, D.C.
DC Fire and EMS received a call at 9:23 p.m. about an individual trying to place himself on fire.
"We did arrive and did find a male adult with burns and we transported that patient to an area hospital with potential but not life-threatening burns," DC Fire and EMS Department spokesman Vito Maggiolo told CNN Wednesday. The man attempted to start the small blaze outside the Trump hotel but was burned badly in the process and taken to a hospital for treatment. 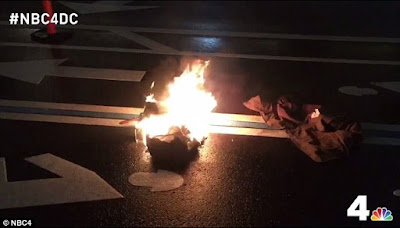 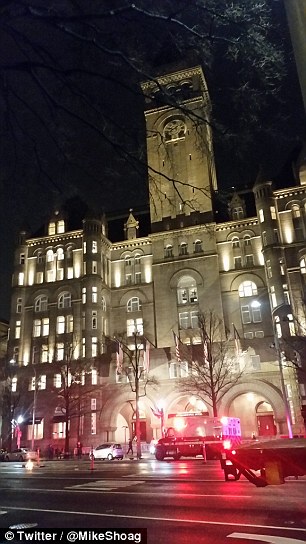 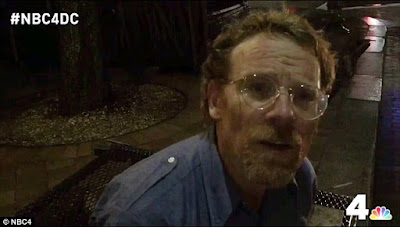 The 45-year-old man, who has not yet been identified, said the act was in protest of the President-elect's looming inauguration, Daily Mail reports said.

Witnesses described how he yelled 'Trump' several times as 'flames ran up his back' before lying down in the street. 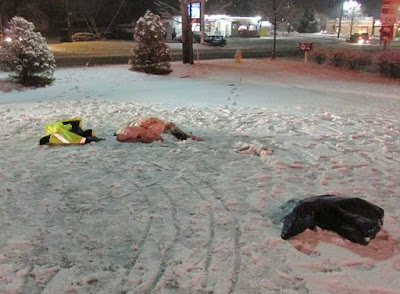 Also on Tuesday night, January 17, 2017, another self-immolation occurred, this one in Nashua, New Hampshire. The Union Leader reported:

Officials said a pair of passers-by came to the aid of a man who tried to immolate himself in a city parking lot Tuesday night, using jackets and snow from the ground to put out the fire.

Police and fire said they received the report of the unidentified man on fire just before 10:30 p.m. in the parking lot of the Headlines store at 37 East Hollis St.

According to a press release from the Nashua Fire Department, the man had just purchased gasoline from a nearby gas station, poured it over his head and ignited himself.

The Fire Department said the man suffered burns over at least 20 percent of his upper torso, but was conscious and breathing. He was taken to Southern New Hampshire Medical Center.

In my book Suicide Clusters (NY: Simon and Schuster, 1987), I revisited how Prague and immolations were keys in overturning Communism. Here is my summary from a later work.


Jan Palach, a student at Charles University in Prague, startled passersby by pouring a liquid over his body at about 3 P.M. on January 16, 1969, and then setting himself ablaze. The twenty‑one‑year‑old student chose the statue of Wenceslas, the Czech hero saint, as the site of his protest in Prague. Palach had left a note declaring that he belonged to a group whose members planned to self‑incinerate themselves, one every ten days, until the Soviet troops departed. Palach's protest and death three days later got worldwide media coverage with others following his lead.

On January 20, 1969, crowds of people waving the Czechoslovak state flags, black flags and enlarged photographs of Jan Palach, gathered at the spot of Palach’s suicide. In the Philosophical Faculty building, the clocks were stopped so they showed the exact time of Palach's death (3:15 P.M.). Josef Hlavaty then self-immolated himself just as Palach had. Two days later, on January 22, Miroslav Malinka killed himself through suicide by fire, and Blanka Nachazelova suffocated herself with coal gas. On the day of the Palach funeral, Hlavaty died.

In the next well-publicized suicide, Jan Zajic, an 18-year-old student at a vocational school in Sumperk, set himself on fire on February 25, 1969. Before his death, he gave his friends a poem about Palach and four letters, in which he described himself as “Torch no. 2.” He did it in Prague in the passageway of a building on Wenceslas Square, as he was trying to run to the statute, but he fell in flames and died there. He said he decided to immolate himself after seeing that life was returning to its old routine despite Palach's action.

On April 4, 1969, in another square, this time in the southeastern Bohemian city of Jihlava, Evzen Plocek, 40, set himself on fire. At least 26 people attempted suicide between January 20 and the end of April 1969, with at least seven of these dying by fire in Czechoslovakia, Scotland, and Hungary after Palach's death. Reports of seven other fatal self-immolations came from India, Pakistan, England, and the United States. ~ The Copycat Effect, (NY: New York, 2004).

Self-immolations, exactly 20 years later, in 1989, set off the overthrow of the Iron Curtain throughout the Eastern Block.

The self-immolations in the Arab Spring changed the political landscape, once again. 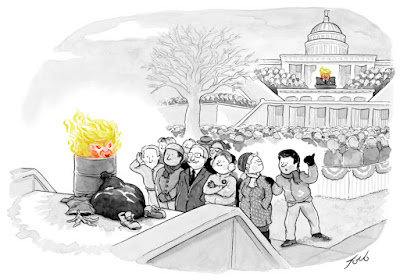 “Hold on—that’s a trash fire. Over there is Trump’s Inauguration speech.”


Update:
During a live report on [January 19, 2017's] Thursday’s “Tucker Carlson Tonight” on the Fox News Channel, a young man protesting in Washington, DC claimed to have started a fire in the street, “Because I felt like it. And because I’m just saying, ‘Screw our president.'”
Posted by Loren Coleman at 5:30 AM

With only a quick search I came up with 5 self immolations in 2016 in the U.S alone, and all politically related. 5 too many.

45th President: 45y/o man. Even The New Yorker cartoon reflects this twinning NEWS story back to their reading public.

I think you may be on to something with the connection to the 92 y/o President BUSH.

I'm happy Mr. Olszewski could walk away from a horrid attempt on his life.

That makes three attempts at death by fire and all three oddly connected by the most primordial fuel, wood.

Burning Man manifesting? I hope not.