One Mosque was burned in Texas, and six people were shot dead at a Canadian mosque over the weekend. These incidents followed in the wake of a week of President Trump's executive orders that are being seen as a "Muslim ban" on travel to the USA. 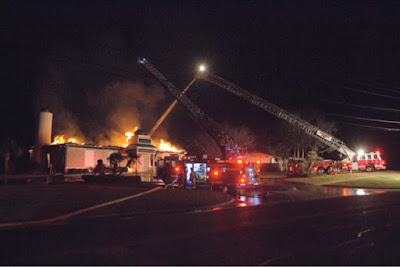 An early-morning fire on Saturday, January 28, 2017, destroyed a Victoria, Texas mosque that was a target of hatred several years ago and experienced a burglary last week.

Quebec police said six people were killed and an additional eight were wounded in a shooting at a mosque on Sunday, January 29, 2017.

Some of the wounded were gravely injured, said Christine Coulombe, the Quebec provincial police spokeswoman. Those killed ranged in age from approximately 35 to 70 years old, she said. Thirty-nine people were in the mosque at the time of the attack.

Coulombe initially said two people have been arrested. On Monday, police confirmed that only one was a suspect, and the other individual arrested in d'Orleans was an eyewitness. 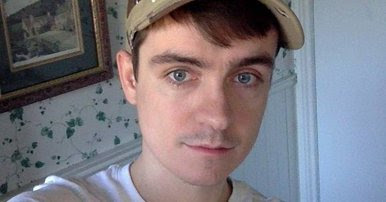 The Quebec shooter, who killed 6 in a mosque, is a white male student who made right wing & anti-woman remarks on Facebook. Court clerk confirms the name of the suspect in Canadian mosque attack is Alexandre Bissonnette.

Local newspaper Le Soleil said it had obtained information that the suspect was a 27-year-old with "a Québec name," and one had an AK-47 automatic weapon in his possession. Police, however, have not released nor confirmed these details.

"It seemed to me that they had a Quebecois accent. They started to fire, and they they shot they yelled, 'Allahu akbar!' The bullets hit people that were praying. People who were praying lost their lives. A bullet passed right over my head," said the witness who asked to remain anonymous. 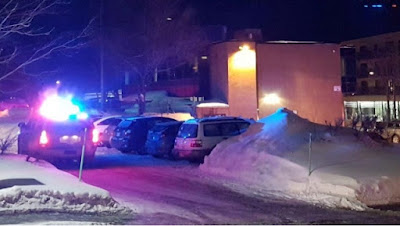 Other mosques in Quebec experienced "incidents" throughout the weekend.

Police protection has been increased around mosques throughout New York City.

This is just the beginning.
Posted by Loren Coleman at 5:46 AM