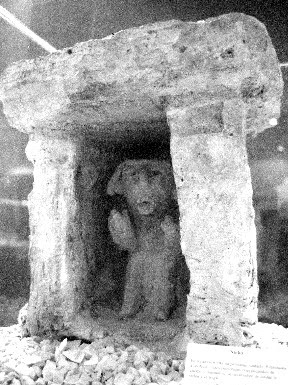 Tulum (Yucatec: Tulu'um) is the site of a pre-Columbian Mayan walled city serving as a major port for Cobá, in the Mexican state of Quintana Roo. It is a tourist mecca. I journeyed there in the early 1980s, to interview Mayans and Mexicans about their sightings of the little people, the Alux. (See my and Patrick Huyghe's field guide.)

This Maya site may formerly have been known by the name Zama, meaning City of Dawn, because it faces the sunrise. Tulum stands on a bluff facing east toward the Caribbean Sea. Tulúm is also the Yucatan Mayan word for fence, wall or trench.

The name Dawn has been in the news lately.

Also on March 18, an Israeli security guard Adel Kolman was killed by a Palestinian terrorist near the entrance to Lion's Gate in Jerusalem's Old City. The guard was from the West Bank settlement of Kochav Shachar. Shachar means '"dawn" and kochav means "star." The meaning in English is "Dawn Star."

As readers here are rather aware, bizarre accidents, weird crimes and mass violence has touched lives through the names Aurora (which means "dawn") and Dawn.

Some recent Aurora examples are:

Aurora Buol-Smith, March 5, 2017. Her son, who said he was a werewolf, stabbed his mother, whom he said was a vampire, to death.

Of course, my many examinations of this thread go back to "Aurora: Synchromystic Wonderland" and "Red Dawn Again" in July 2012. 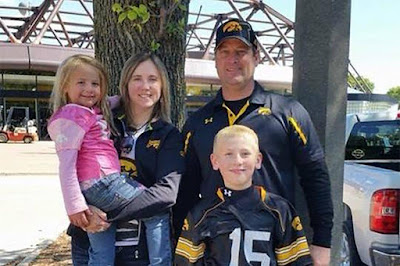 On March 23, 2018, a family of four were from Creston, Iowa, found mysteriously deceased in a Tulum condo.  They may have been dead for 36 to 48 hours. The condo was at Tao, near Akumal, a tourist-friendly beachfront community. Located between Tulum and Playa del Carmen, Akumal mean "Land of turtles."

Kevin Wayne Sharp, 41; wife Amy Marie Sharp, 38; Sterling Wayne Sharp, 12, and Adrianna Marie Sharp, 7, were found dead inside the condo Friday, March 23, 2018, after their immediate family members had reported them missing to local police when the Sharps did not return to the United States on Wednesday as originally planned.

Please note, Kevin and Sterling both have the "classic middle name" of "Wayne" that Weird News' Chuck Shepherd ties to sinister matters.

On March 24, 2018, after autopsies by Mexican authorities, the cause of death was declared to by asphyxiation of toxic gas. “Any violent act or suicide has been discounted,” authorities said.